Snapchat's added yet another weird, image-altering tool to give users new avenues for creativity with their Snaps. Following on from last week's release of video stickers, Snapchat has today upgraded their popular Face-Swap lens, giving users the option to swap faces with an image from their camera roll. 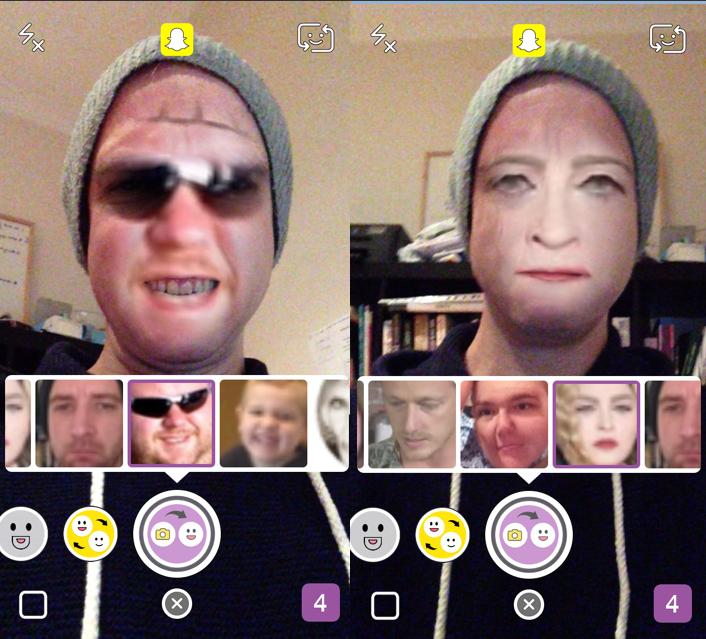 As you can see, the results are somewhat unnerving.

To use the feature, you need to switch the camera to selfie mode within the app, hold your finger down on your face till the lens scan takes effect, then locate the 'swap from camera roll' option, which is the purple circle at the bottom of the screenshot above. Snapchat will then scan your camera roll for faces, and the sensitivity of what it will identify as a face seems to vary. For example, on my iPhone it came up with the images you can see along the bottom of the screenshot above, but when I tried to use a photo of a cat, Darth Maul, a drawing, none of those were picked up by Snapchat's detection. The guys at Business Insider found similar, with writer Biz Carson noting that "only one photo had my dog's face, despite having many more photos of my dog on my phone than people".

But over on TechCrunch, writer Josh Constine found he could use all kinds of images, including cartoon characters and animals. 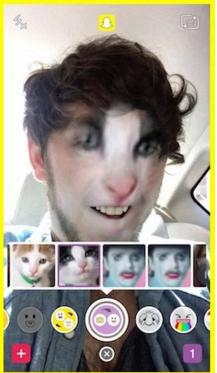 It may require further experimentation to work out what the app will identify as a face, but it does open up the potential to use a heap of different 'masks' to freak your friends out and distort your image. Though it does raise some questions around impersonation. Like, if you wanted to get your friend in trouble, and the face swap was really good, you might be able to present yourself as them, doing something they shouldn't be doing. It's probably not a huge concern - as per the above screenshots, the masks are very clearly not life-like as yet. But then again, some of the ones on MSQRD are pretty good.

The change comes only a day after Snapchat got into hot water over the addition of a Bob Marley lens which enabled users to make themselves look like the legendary reggae singer in celebration of 420 day. 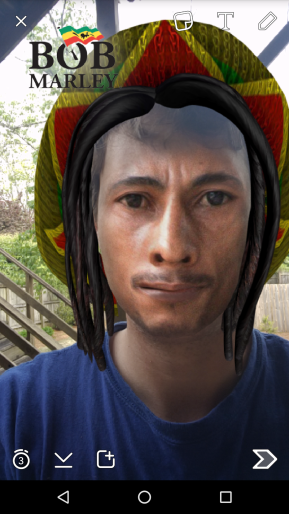 Snapchat had worked in collaboration with the Marley family on the feature, and they released a statement noting that lens was created out of respect for Marley, but some it as being the digital equivalent of putting on blackface and found the option insensitive and offensive. TechCrunch noted that MSQRD (which is now owned by Facebook) has had similar Barack Obama and Snoop Dogg masks available for some time, though those have also since been removed from the app.

Regardless of the controversy, lenses have been a popular addition to the Snapchat experience. According to Snapchat, more than 10 million snaps use lenses every day. Snapchat sought to capitalize on their popularity early on, creating a Lens store where users could purchase discontinued lenses for $0.99 and keep them forever (the lenses available change every day on a rotational basis), though they shut the option down only a month after launch, despite saying that tens of thousands of lenses were being purchased via the store every day. At the time, Snapchat noted that it was putting its focus on its advertising business instead of smaller, in-app purchases, a direction it's underlined again today with a second element of their update - the removal of the option to purchase replays, which were also going for $0.99 for 3. From now on, every snap you get you'll be able to replay once, a jump from the previous limitation of 1 replay, max, per user, per day.

The change takes away some of the ephemerality of the app, but adding one additional view per Snap is not a major change and likely won't have a significant impact on user experience one way or another. 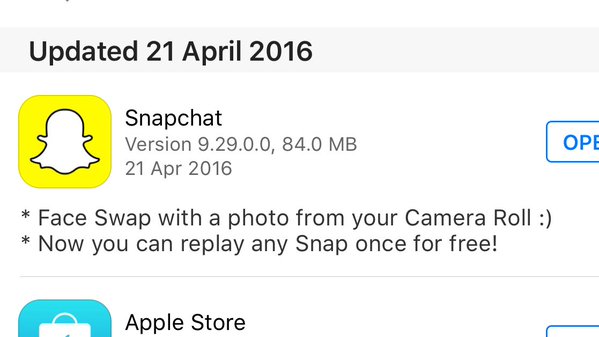 Leading edge innovation, and an innate understanding of their user community, is what's lead to Snapchat becoming such a significant player in the wider social landscape. The app now has more than 100 million daily active users, while it's also now serving more than 8 billion video views on the platform, every day. A recent poll found that for the first time, Snapchat's overtaken all other social platforms as the preferred network among US teens, ahead of Instagram, Facebook and Twitter. That's important, because while some people are still confused by Snapchat or uninterested in its perceived fad value, the next generation coming through loves it. So while it may not be crucial for your brand as yet, if the platform can continue to grow and evolve in step with their predominantly young user base, it's influence and impact is only going to grow. If it's not for you now, it may be in the near future.

And if you're not paying attention, it may soon be too late.