Here's a small, but helpful addition. Today, Twitter has released a new option for users to display a Periscope link on their Twitter profile.

You can now link Periscope to your Twitter web profile, making it easier for followers to discover and watch your live videos! pic.twitter.com/WlIt9PkPuT

As displayed in the GIF, the Periscope link provides quick access to a users' Periscope presence, but it also turns red and pulses when that user is broadcasting live. It's similar to the Vine integration Twitter announced last October.

But as with all things Twitter, there are a few quirks in the implementation process.

First, in order to activate the Periscope link, you need to go to 'Edit Profile' in the Twitter desktop version. This is important to note - Periscope Help has advised that this functionality is only available via desktop.

@pinningjenny this is only available on the Twitter web profile, not on the mobile app.

Which is weird, right? You can't log into Periscope via desktop, but you can't activate this functionality via mobile.

Strangely, the Periscope link won't show on mobile either - here's how it looks on desktop (left) versus mobile, using Brian Fanzo's account as an example. 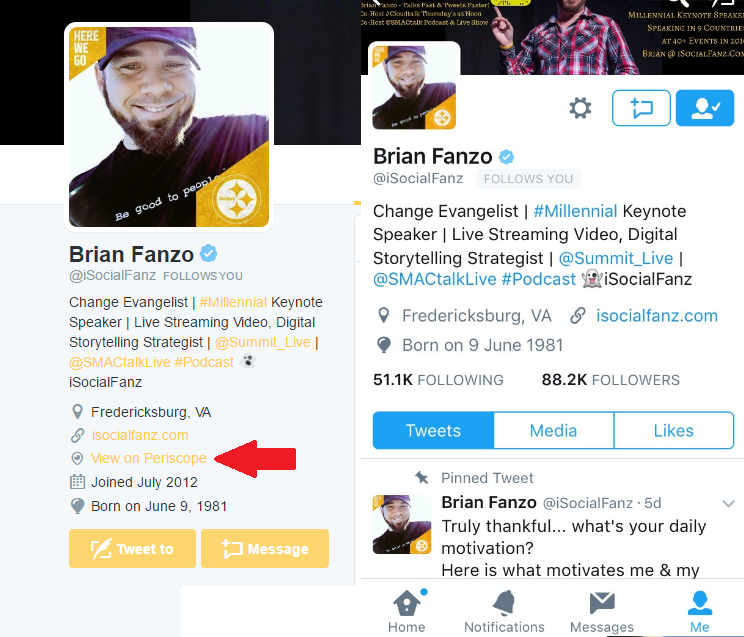 But then the Vine variation does show on mobile. 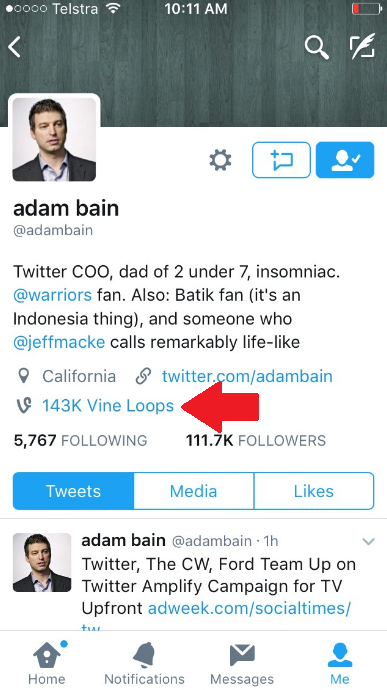 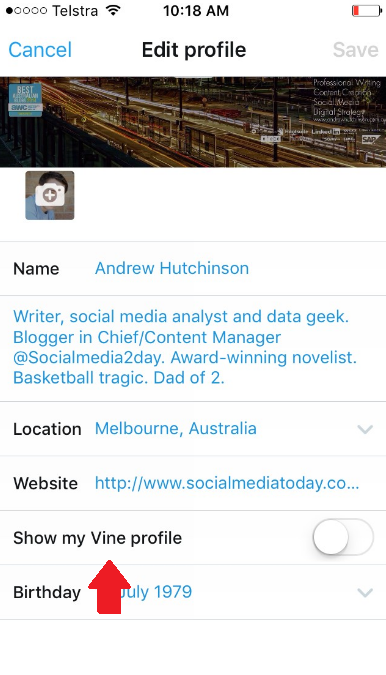 It's all a bit confusing - why Twitter didn't opt for conformity of process before rolling the update out, I don't know.

What it does point to is that Periscope is working on improved desktop integration to encourage more viewing activity on your home PC, as opposed to your mobile device, which was also indicated with the released of curated channels - the announcement of which focused on the desktop experience (though Periscope later confirmed with me that curated channels are also available in the app).

Within that announcement (which was broadcast on Periscope, naturally), Periscope engineer Will Goto noted that they're currently working on web sign-in, which will enable people to comment and send hearts via the web.

The focus on desktop broadcasting makes sense, as Twitter's working to expand the reach of its live-stream content - most notably their Thursday night NFL games. Along this line, Twitter recently announced a new Twitter TV app, which enables people to watch Twitter live streams direct on their TV through Apple TV, Amazon Fire, and Xbox One. That's a big step for the platform, and live-streaming more broadly - if Twitter can successfully transition their live content onto people's home TV screens, that will lead to a big boost in their live content consumption, which will enable Twitter to better monetize the offering, while also enticing more publishers to consider live-streaming as a more important option.

Periscope's focus on desktop viewing is likely related - with modern TVs, it's easy to connect your laptop to your big screen via standard HDMI cable. If you wanted to watch Periscope content on a bigger screen - even if that screen was just your PC - the new Periscope options will make it easier to do so.

So while mobile is the key platform of focus more broadly, it seems that Periscope is looking to provide new viewing options to broaden the potential of their offering - though one key element they really need to fix to encourage this is the aspect ratio of Periscope streams.

You see, while you can watch Periscope on desktop, the streams still come through in mobile format. 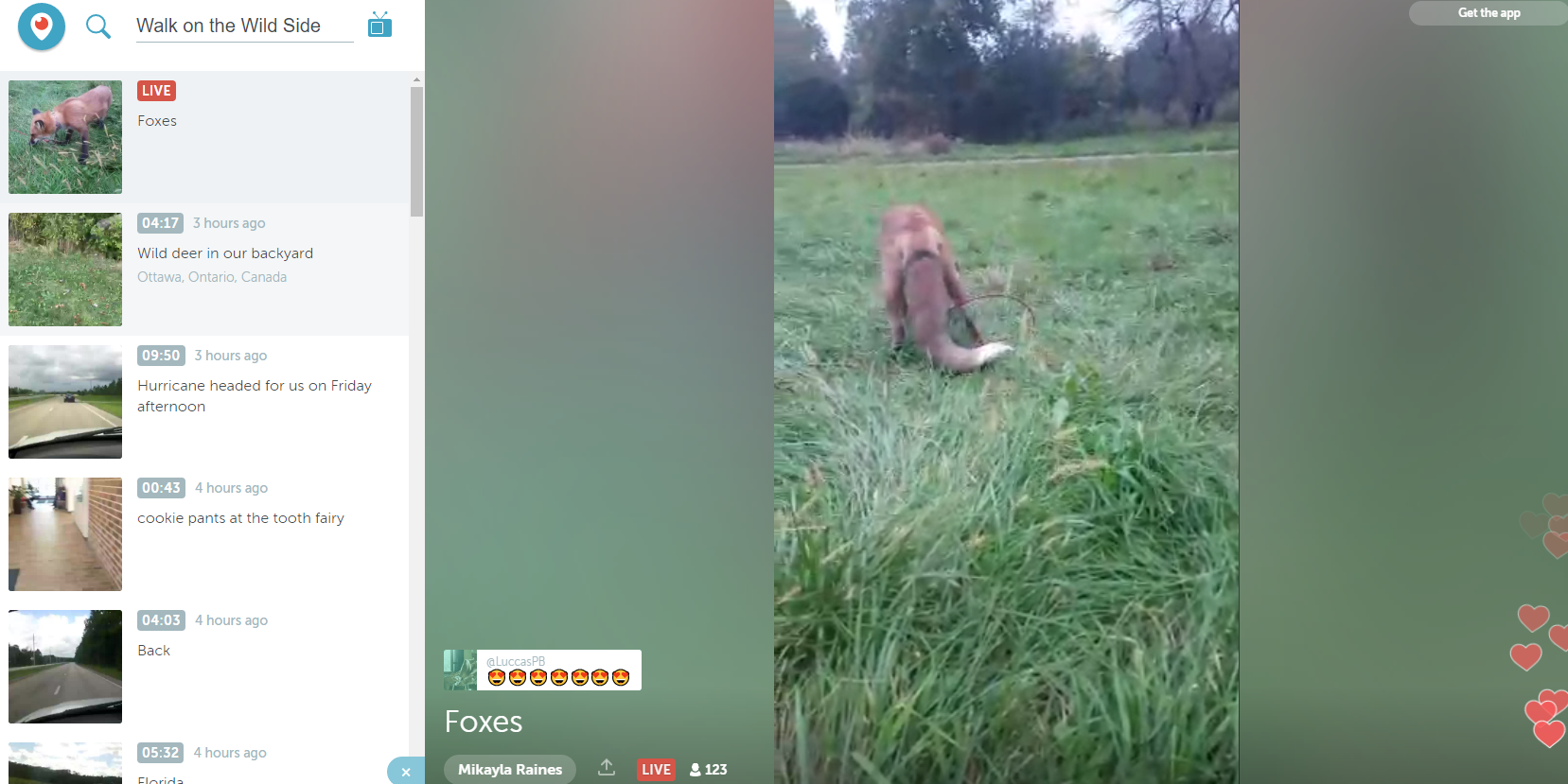 It looks better in landscape format, but still, it's not utilizing the bigger screen to full effect.

To resolve this, it'd be interesting to see Periscope adopt something similar to Snapchat's Spectacles, which utilize a 115 degree angle lens.

Now, of course, Periscope's restricted by the cameras available on mobile devices, and they likely don't have the capacity nor inclination to build a new product specifically for this purpose, but it'd be an interesting way to solve the screen share problems on alternate devices - you'd get the full view on a bigger screen and a slimmed down view on mobile. If the broadcaster then ensured the video was shot with the mobile perspective considered, it would mean no one misses out on the important action, but those using larger display options would be able to better maximize that screen experience.

It's interesting to consider the possibilities, and no doubt we're going to see a range of new live-streaming innovations and updates moving forward. But for the medium to evolve, and become a genuine competitor for TV (and TV ad dollars), they do need to cater to larger screen formats. Twitter's initial NFL broadcasts have seen positive response, with many praising the quality. Taking that to the next level will provide greater opportunity for all live-stream users.