At Twitter's first ever digital content NewFronts presentation they made a bold declaration - Twitter is not about 140 characters, Twitter is about live video. Specifically, premium live video.

Here's why this matters:

Twitter is the go-to destination to find out what's happening in real-time for a primarily Millennial audience, many of whom are already disconnected from traditional television.

According to a recent study by Morning Consult, 54% of Americans between 18 - 29 consume more online content than they do traditional TV, and as highlighted in the graphic above, nearly a third of all Millennials have completely cut the cable cord.

Additionally, 63% of US Millennials have an ad blocker installed on at least once device, making them an increasingly difficult demographic to reach.

Conversely, on Twitter 55% of logged-in live viewers are under the age of 25 and Twitter video ads are reported to be almost 2x as memorable compared to ads on other sites. According to an IPG Media Lab study, users reported ads feeling more relevant and less intrusive when embedded within their self-curated Twitter feed.

Advertisers will be able to leverage Twitter to reach this prime audience through the recently announced In-Stream Video Ads which offers pre-roll and mid-roll ad placement in conjunction with the Twitter Amplify platform and new slate of original programming.

The shift in focus to live video is already starting to pay off, with Twitter exceeding Q1'17 expectations by posting 14% growth in DAU (compared to 3% for Q1'16). 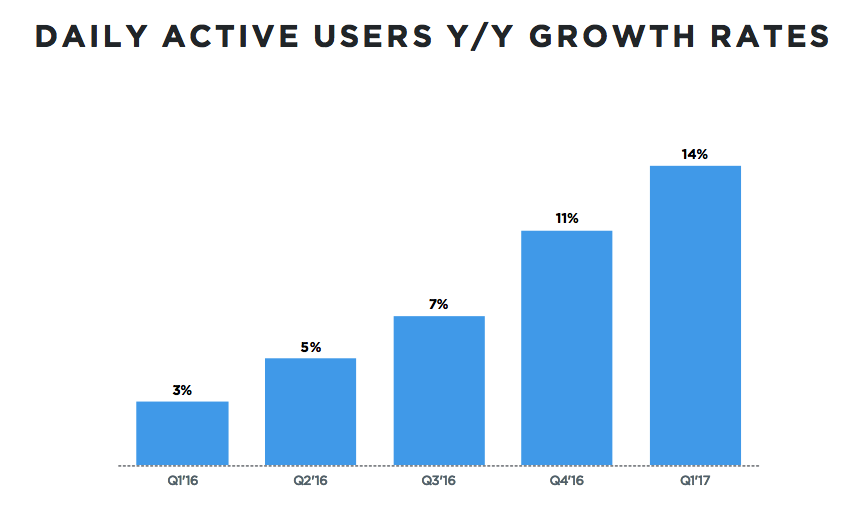 The WNBA, meanwhile, will become the first women's sport to join Twitter's live-stream lineup, broadcasting 20 games over the next three seasons that will be exclusive to Twitter and not aired on television, in addition to 40 highlight packages per week.

MLB and PGA will both be expanding their existing agreements to feature additional exclusive for Twitter content, including a 360-degree video for the 17th hole during The Players Championship.

Twitter will be covering 1,500 hours of eSports content across 15 key events and a weekly highlight show. This follows their live coverage of Turner's eLeague semifinals and finals last summer.

Beyond sports, Cheddar will be capitalizing on the success of its Closing Bell show (launched October 2016) to include Opening Bell which will steam daily at 9am ET from the New York Stock Exchange. In addition, a new partnership with Bloomberg will bring breaking video news to the platform, streaming live, 24/7.

BuzzFeed News, which is already an Amplify content partner, will begin hosting a morning news and current-events show called Morning Feed which will report on the latest tweets and memes (Wendy's has already signed on as a sponsor). Propagate will be presenting #WhatsHappening a daily prime-time show hosted by Phoebe Robinson, which will cover pop culture, celebrity tweets, entertainment, and trending discussions.

Additionally, Twitter will be the exclusive content stream of the pre-show and behind the scenes action for MTV Movie and TV Awards, BET Awards, MTV Video Music Awards, IMG Fashion Week, Live Nation concerts, and more.

In an age when a majority of Millennials have cut the cord, Twitter's new programming offers partners and advertisers a way to reach this audience where they already are, and a new revenue source for partners.

The new streaming deals open up a range of new opportunities - it's worth considering whether your audience will be impacted, and interested, in Twitter's renewed video approach.