Have you noticed that since Twitter's 140 character update, some of the new, longer tweets are showing up with a link to Twitter.com to see the full text or image?

Here's an example of what I mean - this tweet, viewed on iPad, comes up with an ellipses at end and a link, signifying that there's more to it. But when you click on the link you're taken to the Twitter website from the app to see the whole thing (along with a prompt to download the Twitter iPad app, from which I was just re-directed)

But that same tweet is showing up fine on the mobile and desktop versions. 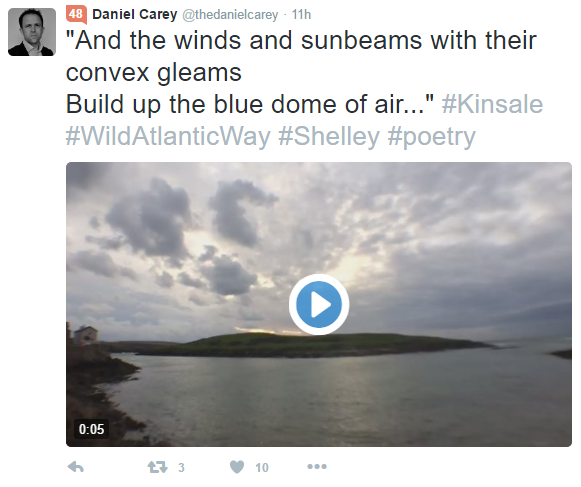 Weird right? Well, kind of - in an update today, Twitter Developer Andy Piper cleared up why this is happening, and also provided an update, of sorts, on the pending changes to @replies and mentions which were also announced as part of Twitter's extension of what's possible within the 140 character limit.

Here's Piper's full explanation, along with his responses to a few other common questions about the change (mostly developer related).

We've received a few questions about the recent updates to Tweets and how they affect the @twitterapi. Here's @andypiper with some answers. pic.twitter.com/tlEE12wZN4

So on those links to Twitter.com, Piper says:

"We've truncated the tweets to fit inside the traditional 140 characters for apps and clients that haven't yet been updated to adopt the new formats, either from a display perspective or, indeed, to post the attachments as URLs"

For most, this means that to fix the problem you just need to update your app to the latest version, but there will be some exceptions and places where the systems are not yet able to display the new, extended tweets, in which case they'll link you back to Twitter.com to see the full version.

In addition to this, Piper also outlines where Twitter's at with the next phase of their 140 character extension plans, specifically relating to @replies and mentions, which are also to be exempted from the 140 character limit.

To re-cap, this is what Twitter announced back in May related to these two elements:

The other two changes announced at the time - the ability to re-tweet yourself and the exemption of media attachments - are now in place, but these two are still pending.

"We've enabled the 'attachment URL' piece of the change, and quite soon we'll be adding the 'replies' piece, so look out for some more information from us and some more announcements when that occurs. We have already documented the API changes, so you can check out how this is going to work in the future already and see some sample tweets/tweet objects from the API"

That documentation is available here, along with this sample as to how the new @replies system will work.

So not really much of a specific update on these final two elements, but Piper does note that the changes are all set to go and will be in place soon, so you can expect to see them before year's end.

It'll be interesting to see how the changes to tweets are received and whether they boost engagement or activity on the platform. So far, Twitter's efforts on this front have largely fallen flat - the introduction of Moments, for example, has had little impact on wider engagement trends. It's possible we could get more insight into the current state of such additions later in the month when Twitter announces its Q3 numbers, but given that all the potential buyers of the platform have dropped off - with Salesforce now also reportedly walking away from a making a bid - the signs suggest that those numbers aren't going to reveal any significant change.

The question then becomes "what does Twitter do next?" Do they reduce their asking price? Do they add an 'edit tweets' function? Can live-streaming become the huge hit they need?

2017 - the platform's 11th year in existence - will no doubt mark a turning point, one way or another, for the micro-blog giant.

UPDATE (10/29): Various users are reporting that they now have access to the new replies system. And the result? Confusion.

For example, under the current version that users are seeing, the reply system only shows one of the conversation participants per reply - as noted in this exchange.

@rsarver For example, in this tweet of @isaach's which quotes me, & replies to you, how do I know if @panzer (the originator) was kept on the canoe? pic.twitter.com/bXq9UbUq2d

That's also confusing for replies to a group - as demonstrated here.

@stop @isaach @rsarver @panzer if someone replies to Isaac, in this example, does EVERYONE get tagged/notified? What a cluster.

There are other examples which show that when replying, users will get a note saying "Replying to John Smith and others" with the others a clickable listing of the full recipients, but at present, there seems to be some gaps in the process, or confusion in how it works, which is the opposite of what Twitter is going for.