Twitter's ongoing battle with trolls and abuse is a hugely challenging issue, and one that the company hasn't been able to provide a definitive solution on as yet.

Twitter's in something of a unique position in this regard - while anti-social behaviors of this type occur on all social media platforms, Twitter content is, primarily, public. It's the 'global town square', as they put it, the place where people can add their perspective on the latest events and happenings in real time. Which is great, and it's what makes Twitter valuable, but the problem with that is it also means that your voice, your opinion, is then out in public for all to see - and for anyone to attack. Unlike Facebook or LinkedIn, where your reach is generally restricted to your own chosen connections, or Instagram where the focus is more on images, Twitter is about the wider conversation, about exchanging ideas on a broad scale. And that also, inevitably, leads to disagreement. And it's all aired in public.

This is why Twitter gets criticized more heavily in this regard, why tweets can be more damaging than other social posts.

Under Jack Dorsey, Twitter's put greater focus on this element. Identified as one of their five core areas of focus, in the past 12 months Twitter has:

Again, none of these are the 'solution' to the problem, and Twitter is under fire even now amidst controversy over alt-right commentators and hate speech (Twitter has also introduced a new 'hateful conduct' category in their reporting section). But cumulatively, it's clear that Twitter has taken steps forward on the issue, and that it is looking for solutions, rather than merely turning a blind eye.

Underlining this further, last week, Twitter released an updated version of their Safety and Privacy Guide for users. 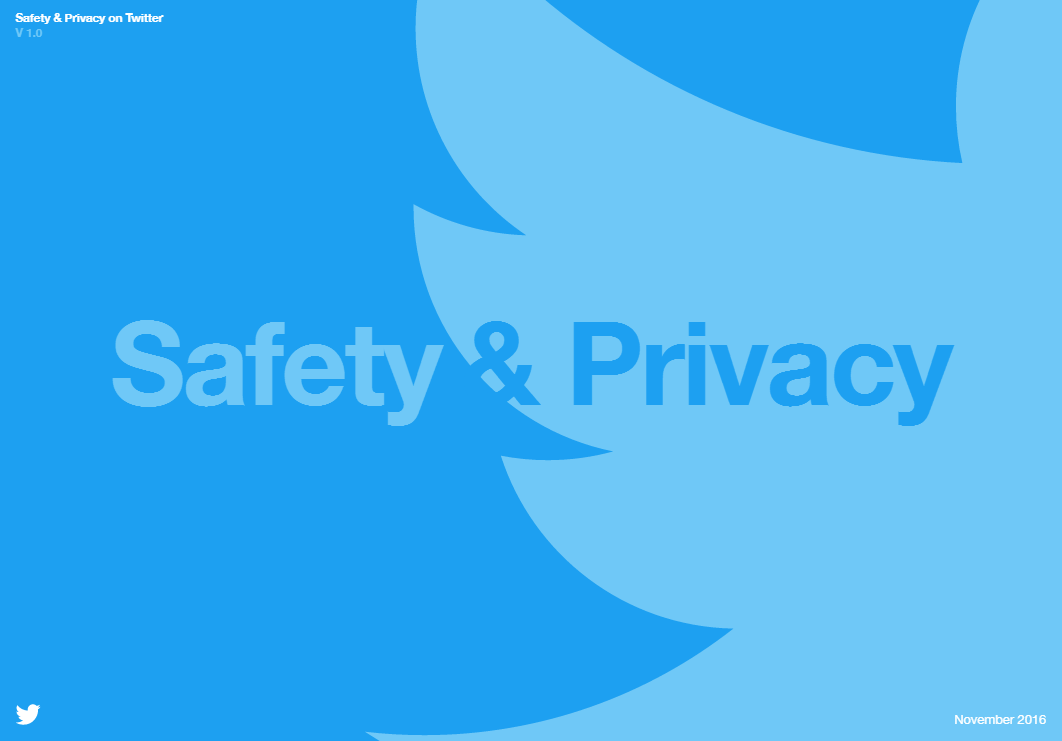 "Understanding how to respond to online harassment and abuse is just as important as controlling your own account and privacy. This Guide focuses on how we define harassment and what constitutes a violation of our Terms of Services, as well as provides a detailed look at how you choose who can see your Tweets, how you manage your publicly available information, and how you control the sharing of your location."

The guide goes through all of the various reporting options and tools available at your disposal, outlining how each can be used to improve your on-platform experience. 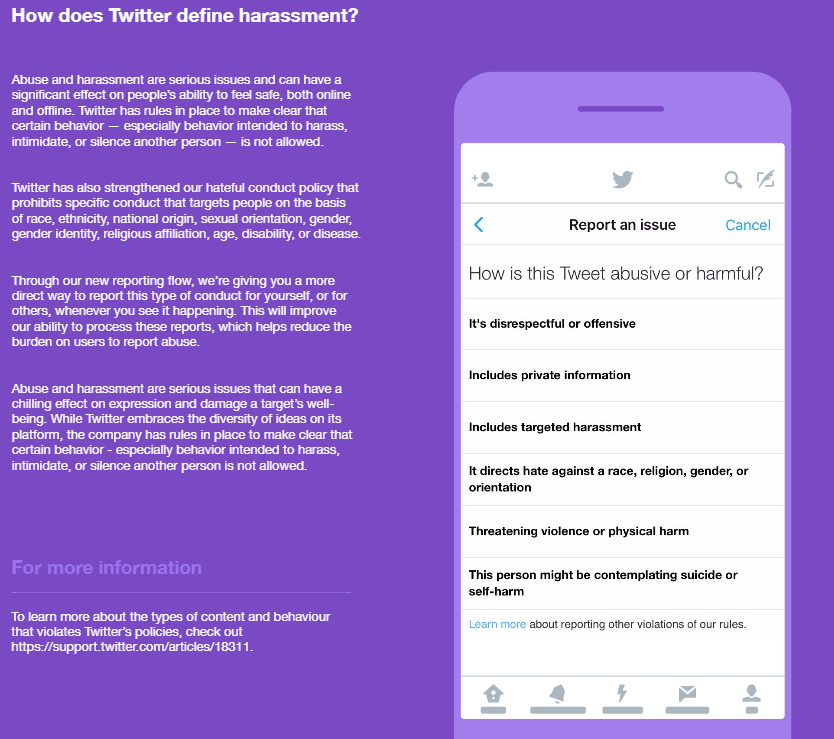 It even provides step-by-step diagrams on how each process works, including the new 'mute words' option. 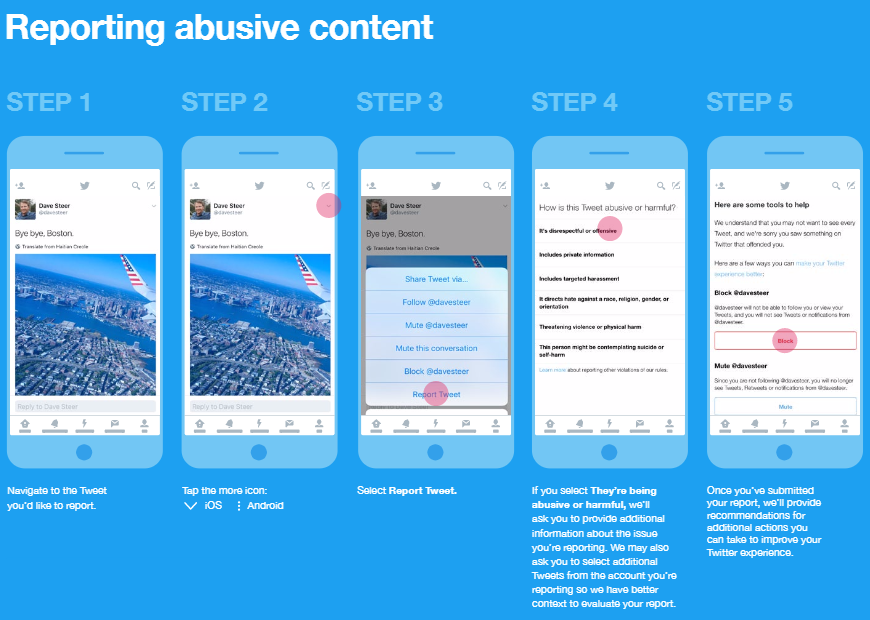 There are also notes on further action users can take and who they can contact to get more information. 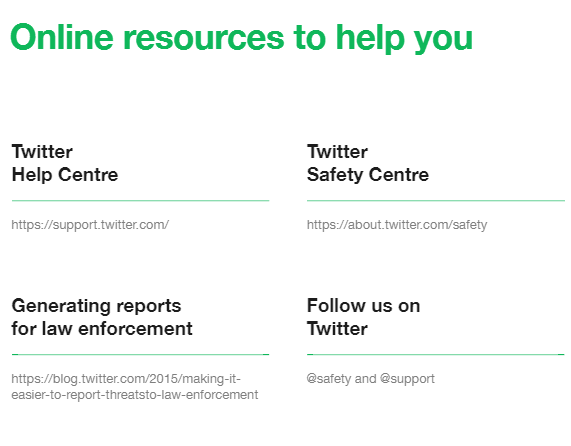 It's a comprehensive guide to the options available, and one which all users should be aware of, and all younger users, in particular, should have access to.

But again, none of these measures is the solution. Another criticism of Twitter in this regard has been that they don't do enough to actually enforce such measures and reports, as they're concerned that banning users could reduce their active user stats, which, as has also been well-documented, is another front on which Twitter's been under pressure. But the platform has recently banned various commentators, which shows that they are looking to take more action on this front too.

There are, of course, various other solutions they could investigate - tech investor Jason Calacanis, for example, has suggested that Twitter could reduce abuse and bullying by introducing verification for all users, effectively removing anonymity from the platform, and there have also been advances in AI which can detect questionable content at lightning speed. There are more options out there, more ways for Twitter to evolve their systems. But as noted, their efforts show that they are working to resolve this, that they are focused on providing more options.

As noted, Twitter's in a unique position - which makes the issue more of a challenge for sure, but it also gives them the opportunity to be the leader in this regard. If Twitter's able to find a balance between encouraging open speech and limiting abusive behavior, they'll be well-placed to open up the platform to more users, while also making it a more attractive option for potential investors who may want to buy in and help make Twitter a more essential part of our wider interactive process.