Twitter's Testing Out a New Bot System for Twitter Support

Looking to get a better idea as to how you can use Twitter DM bots for customer service, and whether it might be a good option for your business?

Twitter's providing its own demonstration, with a new system set-up under the Twitter Support handle (@support) that utilizes bot response to help with general queries. 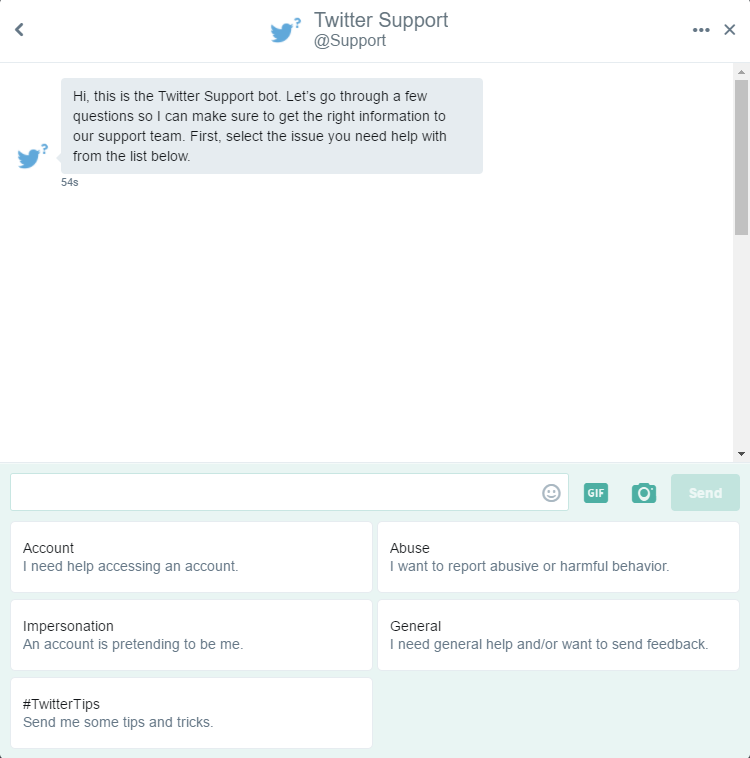 To get started, all you need to do is start a new message thread with @support, which will connect you to the above home screen.

As noted by BuzzFeed, the options available are fairly limited at the moment, with the most depth in the 'Abuse' category, which has been a major focus for Twitter of late. 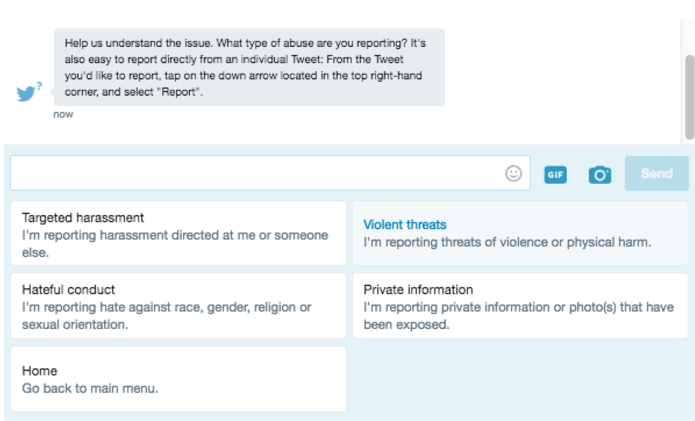 Other categories seem to hit a dead-end faster - for example, if you click on 'General' then 'Troubleshooting', you can't pose any specific questions, Twitter just links you through to their Help Center page. 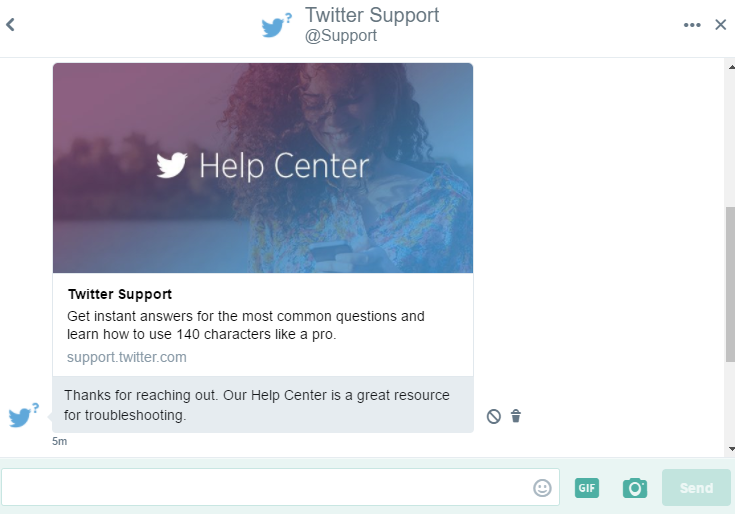 But still, it's an interesting demonstration of what's possible via Twitter bot - and an indicator of what can be done with the tool. Twitter says that they'll look to improve the bot system based on how people engage with it, which could include adding in more responses to common queries.

Automated bots have become a buzz subject in social media marketing circles, but they haven't yet taken over as some seemed to expect - Facebook Messenger, for example, has more than 34,000 active bots, but few are seeing regular use. But the potential benefits of bot response could be huge, especially when used right - bots will never replace human interaction entirely, but there are many simple interactions and process in which bots can be used to save customers time and effort, and save businesses labor cost.

If you're thinking about building a Twitter DM bot, the @support project might help get you thinking about what you might be able to do, what the problems to look out for are, and whether it's a good fit.