Live-Streaming Direct to Your TV? A New World of Reach Potential 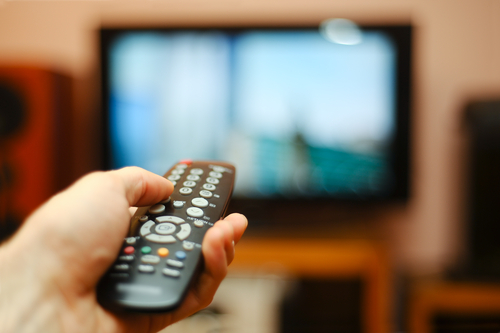 Imagine this - you're sitting down in front of the TV in the evening. The kids are asleep, you've got time to yourself, and you're scanning through what shows are on offer. Sure, you could watch The Big Bang Theory again, or whatever old movie's playing, but then you think 'I wonder who's live-streaming right now?' With the click of a button, you switch channels over to Periscope TV and see if anyone you know is streaming, then watch that stream, live, right there on your TV. That'd be kinda' cool, right? But what's more, imagine the reach potential for streamers and those building audience via live-streaming? It would almost make live-streaming a mainstream broadcast channel within itself.

Believe it or not, such functionality is not so far off - yesterday, Josh Constine at TechCrunch reported that Apple is working with Periscope to develop a live-streaming app for the new Apple TV device - which was unveiled today at Apple's Fall 2015 launch event. The new Apple TV - which ships in October - will include a range of technological advances and features, with one of the more notable inclusions being access to the Apple TV app store. The big app focus for the launch was gaming - which makes sense, Apple's trying to make a pitch to the lucrative gaming market which is already generating big revenue for YouTube and Twitch. But live-streaming is also going to be a part of that landscape, with Periscope reportedly in on the ground floor.

If you haven't investigated the potential of live-streaming as yet, it might be time to educate yourself, it could be on the brink of becoming a much bigger deal, with a much bigger focus.

Live-streaming jumped into our collective consciousness at this year's South-by-Southwest Festival with the launch of Meerkat, an app which quickly became a favorite of podcasters and social media identities. Meerkat was then disrupted by Periscope, owned by Twitter and offering a more refined experience. More recently, both apps have taken a hit due to the rise of Blab.im, which enables live-streaming group conversations through it's 'four at a time' interface.

Last month, Periscope published its first ever user engagement figures, which showed that more than 10 million people have signed up for the service, and almost 2 million are actively engaged on the platform every day. Both Facebook and Google have also taken notice of the live-streaming trend - Facebook's rolled out its own live-streaming option, while Google, through YouTube, is working to play a part in the space.

Any way you look at it, live-streaming is on the rise and there's a clear audience demand for this 'in-the-moment', connective content, content that effectively adds another layer to social media engagement. Being able to tweet at someone on the other side of the world in real-time is powerful, but being able to see them, to talk to them 'face-to-face', direct from your home, is another level, and while live-streaming is not to everyone's taste, it has proven significantly popular.

What's more, there's a heap of opportunity in live-streaming that hasn't even been discovered yet. I've seen talk of brands setting up cameras at different points in their production process and having a representative talk people through how their operations work in real-time via Blab. Brands are looking into using the medium to connect fans with celebrities to promote upcoming projects, to run modern telethon's and live meetings via live stream, using it as an alternative and more immediate version of Google Hangouts. The apps are so new that it's not possible to know where they'll lead, but one thing is for sure, if a live streaming app is developed for Apple TV, which enables viewers to tune into streams as they would any other TV channel, interest in live-streaming will rise very quickly. Because despite the rise of online and digital broadcast and connection, you know what's still the number one medium in terms of audience attention?

In the recently released Mark Meeker Internet Trends Report for 2015, there was a slide that looked at the percentage of time spent versus percentage of advertising spend in the US. 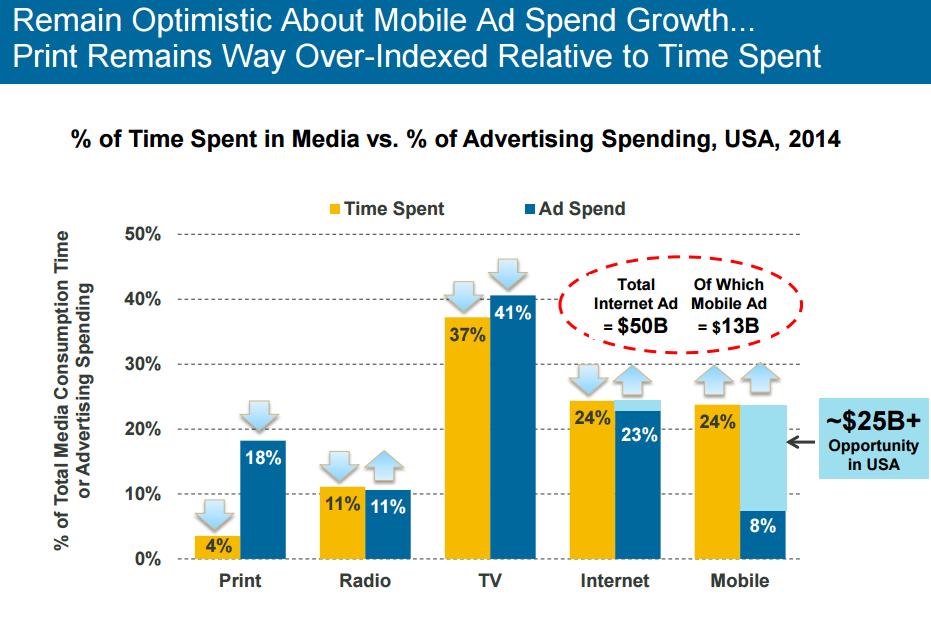 The graph highlights the gap that exists between marketing reliance on traditional broadcast mediums and evolving consumer behaviors, but it also shows that TV, despite the rise of the internet, is still king in terms of overall attention. Add to this the rise of internet TV, through the growth of online providers like Netflix and Amazon Prime, which has already inspired more than 7.6 million households to switch off traditional cable services, and you can see how our expanding online worlds are starting to meld even further into our traditionally offline media consumption habits - pretty soon, scanning through the day's top clips from YouTube or Vine will be as simple as pressing a button on your TV remote. This, in effect, is already happening - through a connected Xbox device, for example, I can easily switch between YouTube and Twitch and watch the latest content without ever typing in a URL or scrolling a mouse. And I can do this from my couch.

Given this expanded integration, it's absolutely no surprise that live-streaming will one day be readily accessible via your TV, and given the potential audience reach, it won't be long till we see 'the next big thing' in celebrity terms being a live-streamer, someone who's risen from the ranks of Meerkat to become a mainstream TV hit. The question will really surround what TV actually is - is it TV as we've known it? Will the term 'internet celebrity' drop the 'internet'? My suspicion is it will - those who have an audience on the internet will soon have access to attention on a much wider scope, which will lead to wider sponsorship offers and commercialization opportunities.

The days of anyone becoming 'internet famous' will be gone - it'll just be 'famous', and you'll be able to do it from the comfort of your home.

Given the increased potential of live-streaming that would be afforded by an expansion into TV - and that expansion will logically occur - it's worth investing some time into developing an understanding and considering the opportunities of the form. There might be a time, soon, where live-streaming content is suddenly made available to a massive audience, where the reach potential of those apps will expand beyond their current niche audiences and become a significant player in the wider media landscape. As noted above, while streaming is not for everyone, it is worth everyone considering, especially given the future reach potential and possibilities.

If you can develop a good live-streaming persona, a regular live-stream show that attracts viewers, that's a solid platform to go from in building an audience, which could grow to become a major platform once more people are given access through internet TV. Maybe live-streaming won't become mainstream tomorrow, but given time it'll become increasingly important. It's worth keeping an eye on this space.