Why Is Social Media Engagement So Important Anyway? 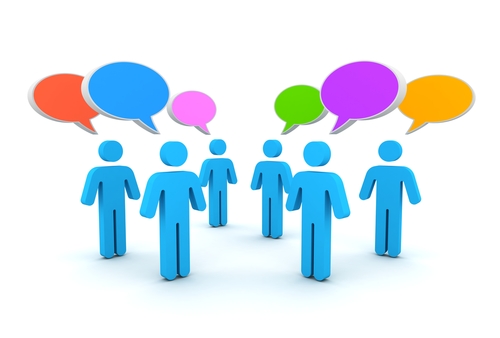 There's a lot of discussion about on the best tactics to improve engagement. How do you generate engagement on social networks? What's the best tactic to generate conversation? The thing that always stands out to me is that there's not really any tactic to it - you have to engage with people. Social networks are like socialising in real life, if you want to talk to someone, you go talk to them, or give them reason to talk to you. If you want engagement, you talk, you listen (and listen and listen), then you respond. The 'social' part of 'social media' is just that, and you can't forget it. But there's also an implied justification to many of these posts, as if the author is not only explaining, but presenting a case to those still unconvinced that social media engagement is necessary.

If you look at the evolution of communications from a very basic perspective, it's quite obvious why social media has become so important. Think back to the 70's, when your parents were watching TV. They had no remote control, so what happened? They had to sit through ads. Ads were forced onto them, exposing them to your brand was, in relative terms, easy, because they had to watch - or get up off the couch and switch the station (and who wants to do that?).

Then came the remote control, a revolution in TV viewing. People could switch channels if the ads weren't appealing. Brands had to work that bit harder, TV ads got more entertaining, incorporated more storytelling elements because if they didn't, viewers would just switch. Then came cable TV, no ads. Brands had to work harder again, better quality ad campaigns, increased storytelling.

And now? Who watches ads on TV?

The next generation of consumers don't know anything about 'the old days'. They're used to switching off if they don't like your message. You tweet something they don't agree with, they unfollow you. They're not interested in what's on TV, they go to YouTube. Everything is immediate and they're used to creating a world of their own, where they only have to see and hear what they choose. And you need them to choose your brand.

This is where the importance of brand identity comes in. Product alone, price alone - these things most likely won't be enough. Your brand needs to be accepted, sought after. Your audience needs to know who you are and what you stand for. And with more and more people active on social media, getting their news, their updates, participating in more and more of their daily interactions online, this is where you need to be to connect with them.

This is why content is crucial in social media. This is why engagement is crucial. Because it's you. Who you are is as important as what you do. It's your way into their world.

An example of engagement - I recently had the chance to ask a few questions of Trevor Young. Trevor Young doesn't have to talk to me, he's an established industry professional, and I wasn't offering him any business. But he took twenty minutes of his day to answer my questions thoroughly and thoughtfully. And I won't forget it. I'm immediately aligned to Trevor because he took a moment out of his day for me, despite their being nothing in it for him. His tweets now stand out as I go through my feed, my appreciation links me to his presence. It's that sort of interaction that turns followers into advocates - the same principle applies to your brand. In the recent Chip Zdarsky 'Applebee's and Me' story, Zdarsky noted that he became very protective of Applebee's because of the relationship he'd developed with them via Facebook. A 2013 Nielsen survey, which stated that 'earning consumer trust is the holy grail' of a successful ad campaign, found that 84 percent of the 29,000 respondents indicated word-of-mouth recommendations were the most trustworthy source of information. You can see how these things are all linked.

The power of engagement cannot be understated as a means of strengthening relationships and trust in your brand, and social media is the best platform to facilitate this. It's immediate, it's accessible - it's where your audience is already at.