Apple Reveals the Most Downloaded iPhone Apps of 2018 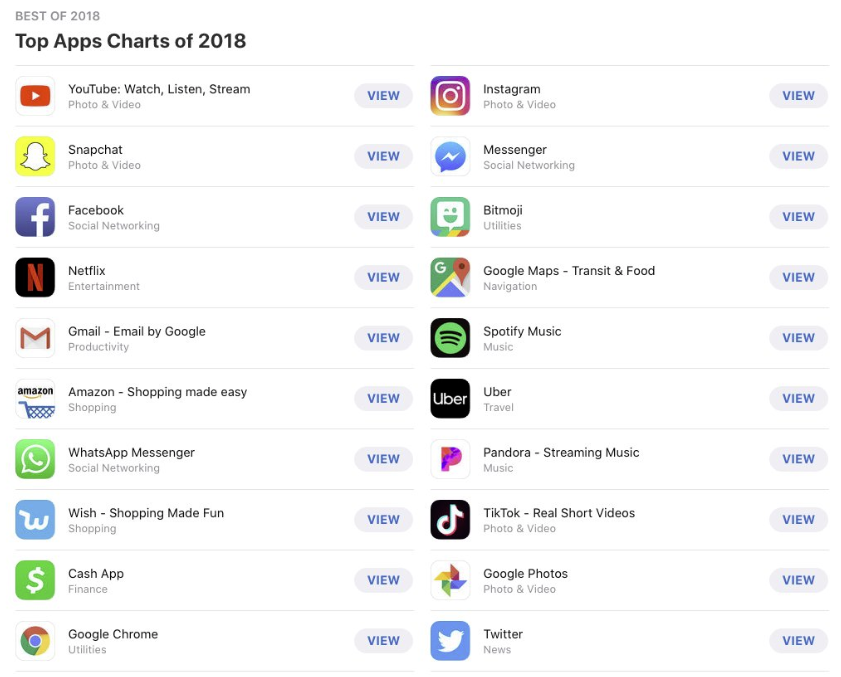 Most of the listees are as you would expect, though Snapchat remains high, despite reports of reduced usage, and active users, throughout the year. The numbers show what various other reports have already pointed to - Snapchat, despite the broader narrative around the business, remains very popular with younger users, and is still being downloaded at a high rate, even with active user rates suggesting a decline.

Among other notes, Bitmoji was the most downloaded app last year, and has now dropped to sixth. Sixth is still high, but you would think that, with the Snapchat integration, if anything, Bitmoji should be higher.

YouTube, if it's not already, should be a key consideration for all brands looking at video, while Instagram is the social app of the moment.

Further down the list, WhatsApp remains popular (one spot higher than it was on the same list last year), while Twitter has fallen four spots to 20th. And the new kid on the block, TikTok, has cracked the top 20 for 2018. Of course, these numbers don't reflect active usage, but downloads throughout the year, so it's not necessarily a measure of where attention is. But still, the charts do reflect broader interest, especially for incoming users.

As noted, most of this is as you would expect given the trends of the year, there are no real surprises or standouts. But it is interesting to note where people are looking, and factoring that into your 2019 strategy.