Snap Inc. may be getting smarter as a business, but will that be enough to save it now that it's firmly within Facebook's sights?

That's the key question around the Snapchat - while there's no doubting that the app is popular with younger users, Snap needs to show investors that it's more than just a cool novelty, and that it actually knows how to convert that attention into actionable benefit - i.e. money.

Its latest earnings results may help boost its case in this regard.

First off, on users - Snap posted another decline in daily active users, dropping from 188 million last quarter to 186 now. 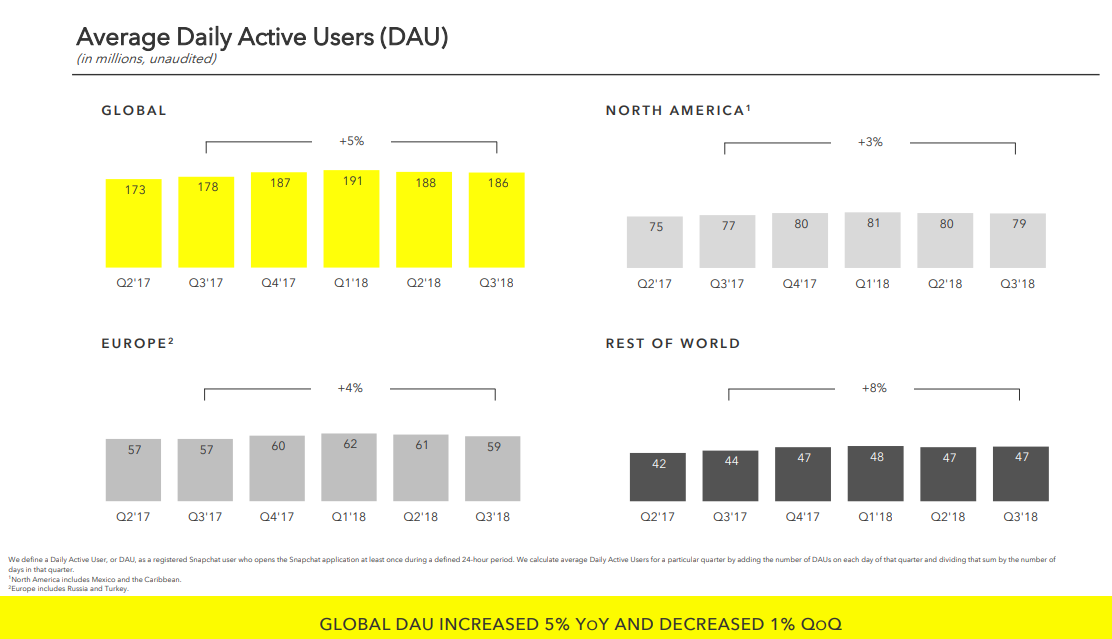 Snapchat didn't gain any active users in any region - though Snap does note that its global DAU count has increased year on year.

That's not a positive result for an app which would still be considered to be in its growing stage, but given the previous quarter's decline, it probably wasn't hugely unexpected. Facebook, mostly via Instagram Stories, has squeezed Snap hard, with a strategy of beating the app into new markets, before Snap itself has been able to gain a foothold. If users in those regions already have access to a range of Snapchat-like features, in the apps where they've already built their friend networks, why would they switch?

Growth in the face of Facebook will always be difficult - but probably the more important element for Snap now is capitalizing on what it does have. Snap execs have previously touted the app's engagement levels, which, it says, are comparative to any other app. That being the case, Snap then needs to show the market that it can convert that attention into action, that it's able to generate revenue, through ads, based on audience interest.

Have they been able to do that? 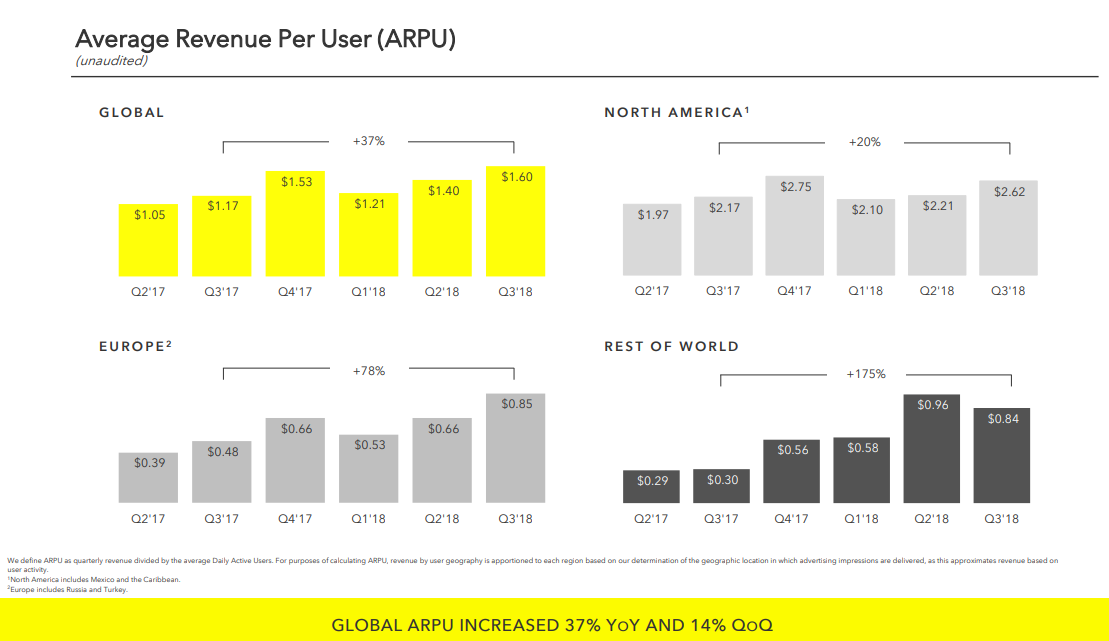 This collection of charts is a good sign for Snap. As you can see here, average revenue per user is increasing, which means that Snap is getting better at monetizing that attention. Snap still has challenges in the 'Rest of the World' category (notably Asia), but the increases in both North America and Europe are significant.

Maybe Snapchat CEO Evan Spiegel's recent manifesto on the way forward is actually having an impact.

That performance is also reflected in Snap's revenue - the company posted a $298 million result, beating market expectations of $283 million. 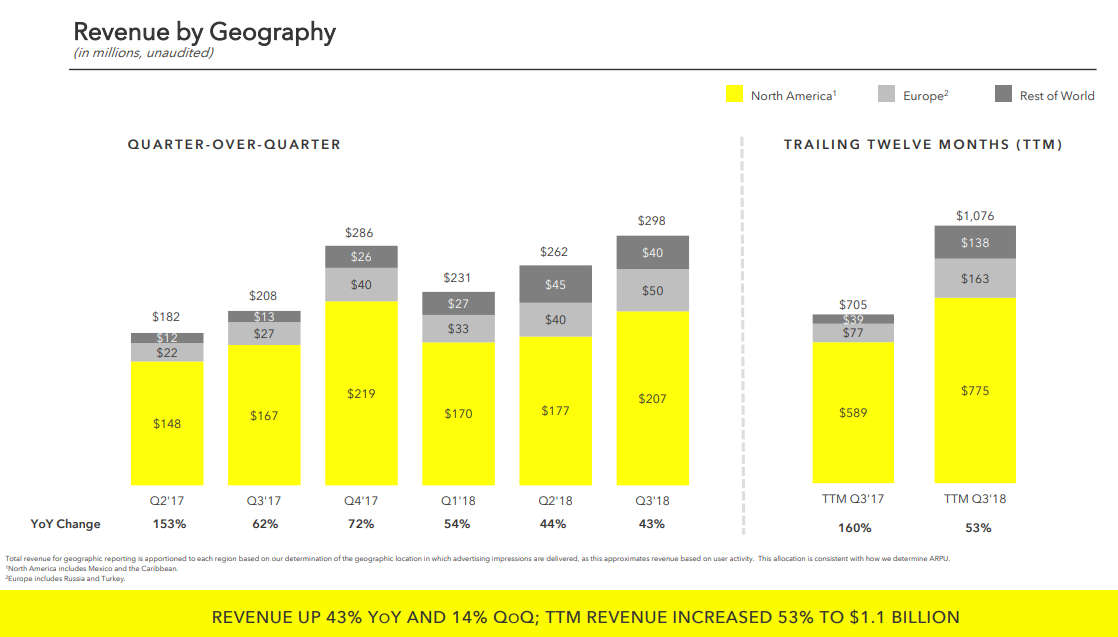 But despite the increases, the slower growth stats have spooked investors, with shares in Snap falling 3.5% following the announcement.

Those concerns make sense - as we noted recently, while Snap appears to be taking a more mature, evolutionary view on its business moving forward, it may actually be too late to save it. That seems crazy to suggest, Snapchat still has millions of users, and is generating revenue - surely it's not close to dying out, right?

The problem, as noted by TechCrunch, is that the company is still far from profitability:

"At this rate, Snap will run out of money before it’s projected to become profitable in 2020 or 2021, which means the company will likely need to sell new shares in exchange for outside investment or get acquired to survive."

Will investors want to buy in when the app is struggling to grow beyond its comparatively small user base? If Snap has already lost momentum, and can't gain traction in markets where Facebook has beaten it out, what are it's business prospects moving forward?

The results here show that Snap is getting smarter as a business, but it's going to need to get even more creative if it wants to generate revenue at the rate it needs for ongoing viability.

Can Snap do it? As always, no one's keen to bet against Evan Spiegel and Co. But the challenge remains large, and the pressure grows with each passing day.