Facebook Adds New Functionality to Portal, Including Messenger Rooms and Capacity to Go Live in Groups

When Facebook first announced its Portal smart camera device back in 2018, many were skeptical about its prospects. The release of Portal came on the back of the Cambridge Analytica scandal, at a time when people were questioning the amount of personal data Facebook now has in its' servers. Introducing a Facebook-connected camera into your home seemed, for most, a step too far.

How things have changed since then.

This year, amid the COVID-19 lockdowns, Portal sales have increased more than 10x, so much so that Facebook has been struggling to keep up with demand. Facebook has also been working to find new use cases for the tool, including a partnership with the NHS in the UK on a program which has provided Portals to thousands of aged care residents as a means to keep them connected to family and friends.

With more people at home more often, Facebook's Portal may have found its niche. And now, Facebook's adding some new connection and presentation options to make it more appealing.

First off, Facebook's adding Messenger Rooms to Portal, enabling people to jump in and out of the video hangout option via their Portal device. 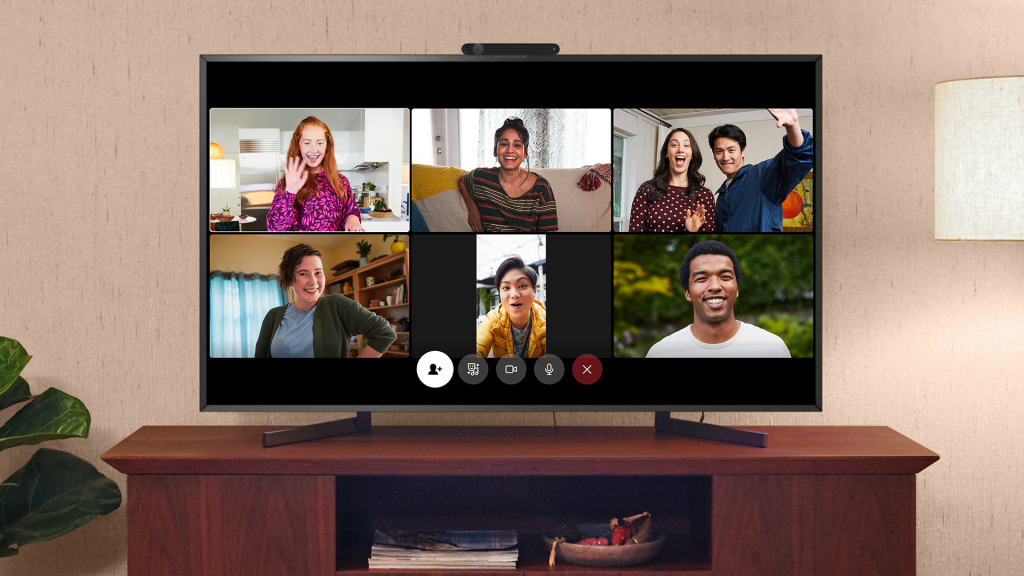 Messenger Rooms, which Facebook rolled out to all users in May, isn't a hugely transformative experience, and we don't have any data on how popular it's been thus far. But it does add another option to your Portal connection tools, and it could help get more people together, more often, particularly during the ongoing lockdowns.

Facebook's also adding new digital background options, which have proven to be a winner on other video connection tools. 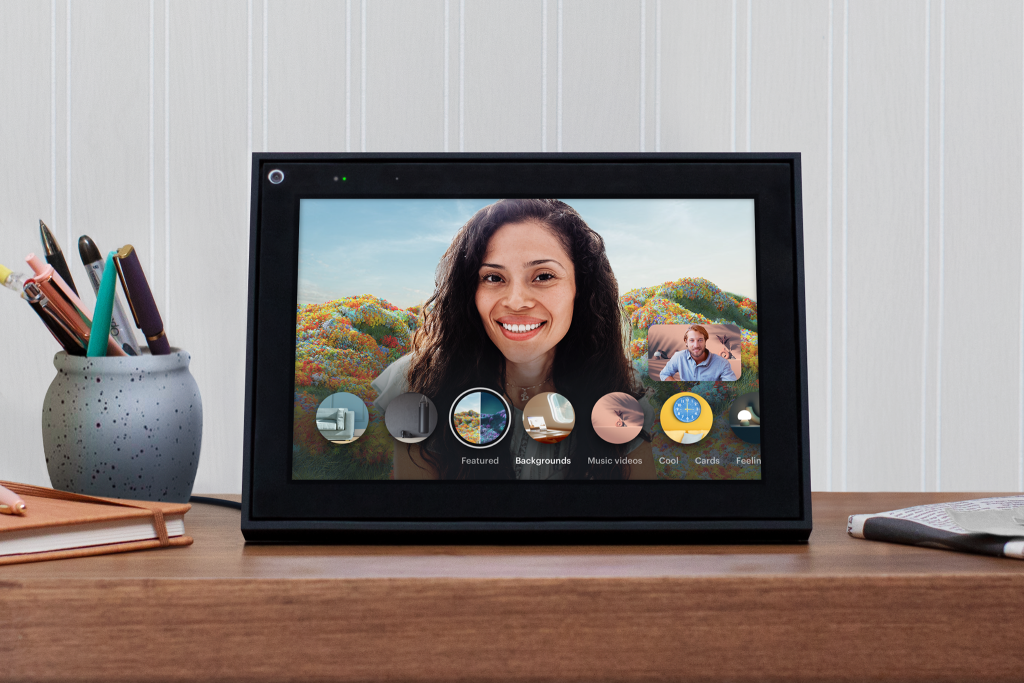 "Blur your background or replace your background with a pre-selected image using Portal Spaces while on a Messenger or Messenger Rooms call on Portal. Portal Spaces immerse you in dynamic backdrops that change over time – travel inside a private jet as clouds pass the windows, kick back in a field of flowers that turns luminescent depending on the time of day, or hang out on a tropical island as birds fly by."

With more people connecting via video platforms, adding a level of fun or creativity can help to liven up proceedings - or just take attention away from that massive pile of washing you haven't yet put away in the background.

Facebook's also adding the capacity to go live to Facebook Pages or Groups from Portal.

"Previously, the Facebook Live app on Portal let you broadcast to your personal profile, and now you can also go Live on your Facebook Pages and Groups." 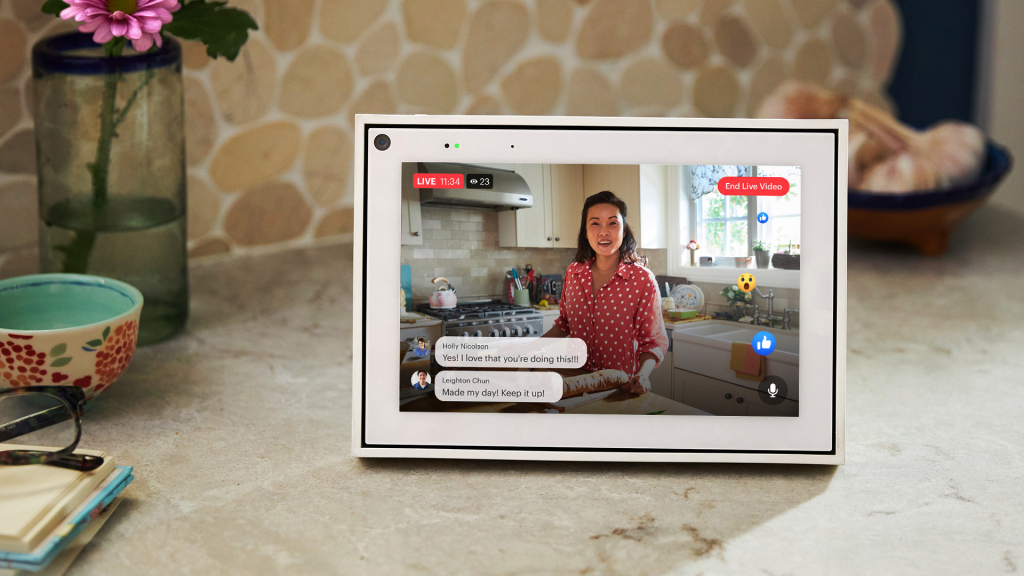 That could be particularly beneficial for broadcasting cooking tutorials (as shown here) or sharing a presentation with a group.

Facebook's also adding the capacity to share photos from your phone during a Messenger call on Portal, and new AR Cards, which will enable Portal users to send digitally animated messages to celebrate special occasions.

"Hey Portal” already lets you start a hands-free video call or get a morning briefing. And in the coming weeks, we’ll add new “Hey Portal” functionality, including “Hey Portal” commands in British English and the ability to start WhatsApp calls."

As noted, while there was a level of hesitancy around Portal at launch, the practicality and functionality of the tool has seemingly overtaken such - as is usually the case. All through Facebook's history, utility has outweighed privacy, and with Facebook continuing to add more functionality to Portal, it could become an increasing useful tool over time.