The early-2000's were a simpler time on social, free of 'fake news' and political manipulation, and without the concerns of your data being stolen and sold to the highest bidder. In those days, MySpace was the platform of choice, with its jarring visuals, 'Top 8' friends displays and music on profiles.

Remember that? Remember when you could force profile visitors to listen to your favorite tracks?

If you don't, you could soon get a taste of what it was like - Facebook has this week announced a new range of music features, which includes a new option to add your favorite song to your profile, and pin it to the top, just below your display name. 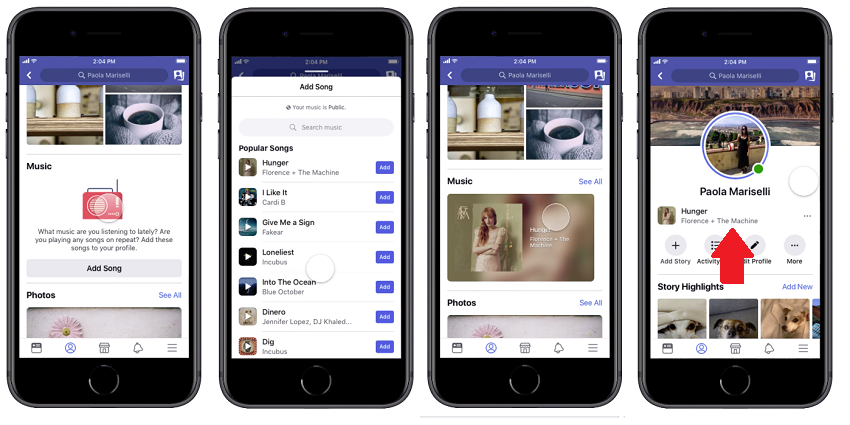 How good is that?

Part of the problem with MySpace - which eventually saw its demise - was that it became too cluttered with junk, making it annoyingly difficult to use. Music on profiles was a part of that - it might sound like a cool idea, you might want to share your favorite song on your profile to give people a taste of what you like. But it's really not necessary.

Still, some people will no doubt welcome it. Facebook's variation is a little different, in that the song won't autoplay when people come to your profile (yet), and only a clip will play when visitors choose, along with an accompanying video featuring photos of the artists and album art.

It's not the same, but is a reminder of why MySpace died out, which makes it an odd choice for Facebook. I guess, usage stats will tell the real tale.

As noted, the addition is one of three new ways that Facebook's rolling out to capitalize on the various music licensing deals it struck with several major labels late last year. Along with profile songs, Facebook will now also enable users to add popular songs as soundtracks to their Facebook Stories, and photos and videos posted to the News Feed.

"Just take a photo or video from the Facebook Camera, or grab one from your camera roll, then tap on the sticker icon and select the music sticker. Once you find the song you want to add, you can pick the perfect part to share and add the sticker with the artist and song name. Move the sticker around and add other stickers and effects to customize your story." 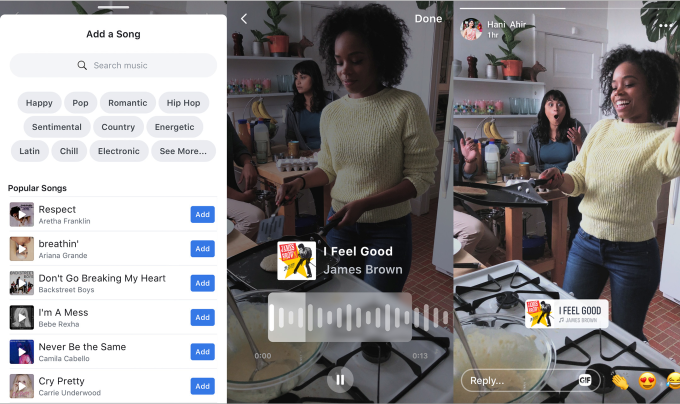 Facebook has also announced that its Lip Synch Live feature, which it first announced back in June, is now available in all regions, and will soon be available for Pages. If, you know, you want to post a cool Lip Synch video of your employees to your brand's Facebook Story.

Strangely, Facebook's main use case for the expansion to Pages appears to musicians miming their own tracks. Which seems odd.

Facebook's also adding lyrics to Lip Synch Live to make it easier for users to sing along. 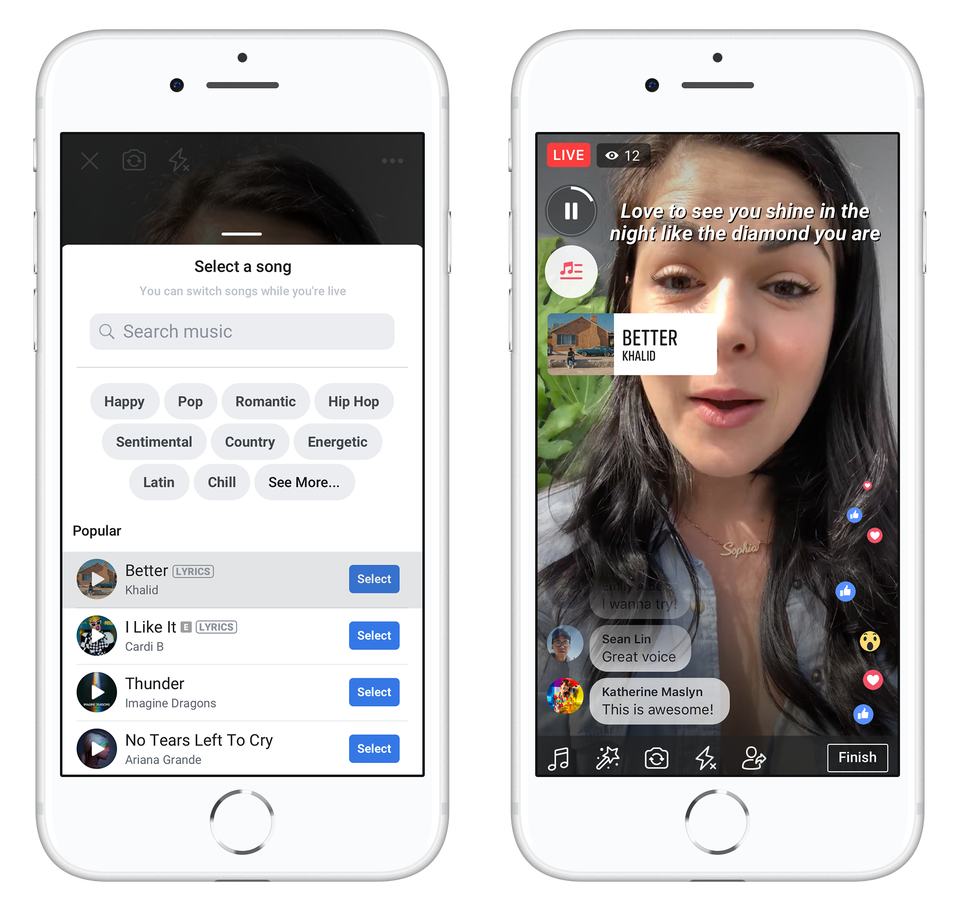 As noted, Facebook's very keen to capitalize on its various music rights deals, which enable the platform to legally share popular music and generate business for music labels by funneling users through to various purchase options for the same. These new tools aren't major, but they do add more to the Facebook creative process, and the optional background music for your Facebook posts could be particularly helpful.

Music on profiles? Probably not so much - but, you know, if that's what you're into.

Somewhere, Tom from MySpace is crying, streaming Evanescence from his profile, blasting out his PC speakers.