Should we be encouraging our kids to use social media? Is restricting them from using social platforms effective?

These are key questions that are likely to get even more focus this year amidst the wider conversation around whether social media, more generally, has been good or bad for society.

The focus on younger users has come under more scrutiny of late with the launch of Facebook’s ‘Messenger for Kids’ app, which was released only days before Facebook published a post entitled ‘Is Spending Time on Social Media Bad for Us?’ That post, which cites various academic studies, raises questions about the potential impacts of social media use - which, given Facebook’s also pushing to get kids more involved, seems to be a fairly clear conflict.

That lead to the launch of a recent open letter from the Campaign for a Commercial-Free Childhood, which, with the support of more than 100 child development experts, called on Facebook to shut down Messenger Kids. In their letter, the group warned that the app is 'harmful to children and teens', and 'could undermine children’s healthy development'.

Given the more recent developments relating to the manipulation and misuse of social platforms, these are key questions to ask, and as part of Safer Internet Day, Facebook has sought to address them, at least in some capacity.

Focusing on educating parents of the risks, Facebook has published a new set of tips to help parents keep their kids safe online, and added a new section to their Parents Portal:

“...where parents can find the latest information from child development experts, academics, thought leaders and people at Facebook about topics related to kids and technology.” 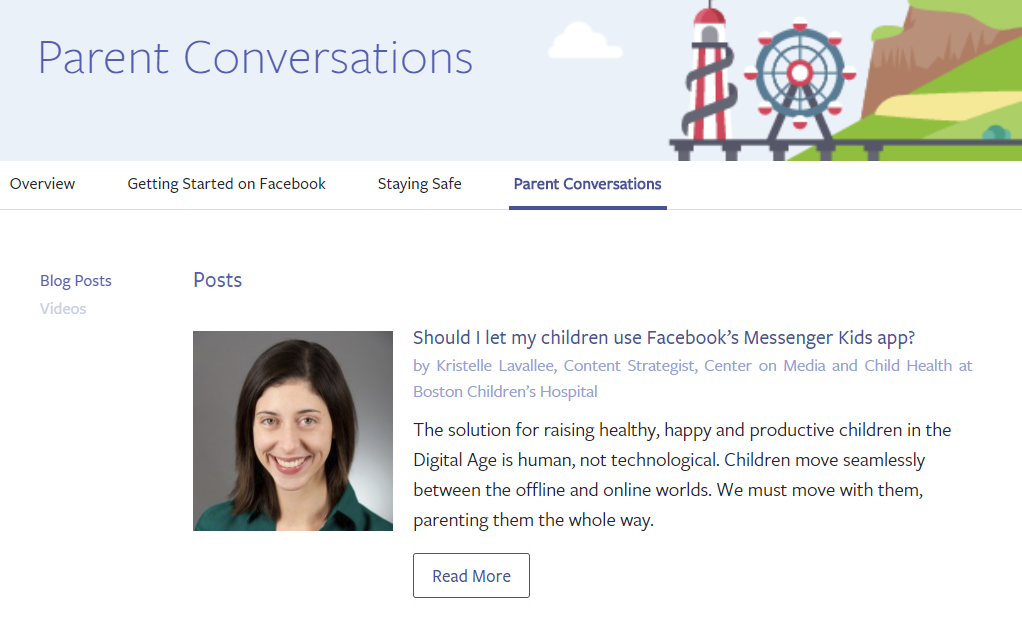 It’s obviously a very tough question, particularly given the prevalence of digital connection in today’s world. As a parent myself, I know how difficult it can be to ensure your kids are not using the wrong apps or interacting with questionable characters – but at the same time, there are clear benefits to them being part of their broader social groups and activities, even online.

Facebook’s new guide won’t necessarily resolve these questions, but it may help provide some additional guidance – though, of course, the recommendations and advice presented have been chosen by Facebook, which has a vested interest in getting users to their platforms.

As such, how parents take such notes will likely be relative to how they feel about Facebook more generally.

Would you let your kids use Messenger for Kids? Will you be able to stop them using social media at some stage regardless?

It’s a difficult area, and one in which there are no definitive answers, but if it helps, Facebook is looking to provide more resources through this new element.

You can check out Facebook’s new ‘Parent Conversations’ section of the Parents Portal here.