Facebook continues to gradually integrate its family of apps, with a new feature that enables Messenger users to merge their Instagram connections across to the messaging app, expanding your Messenger connections. 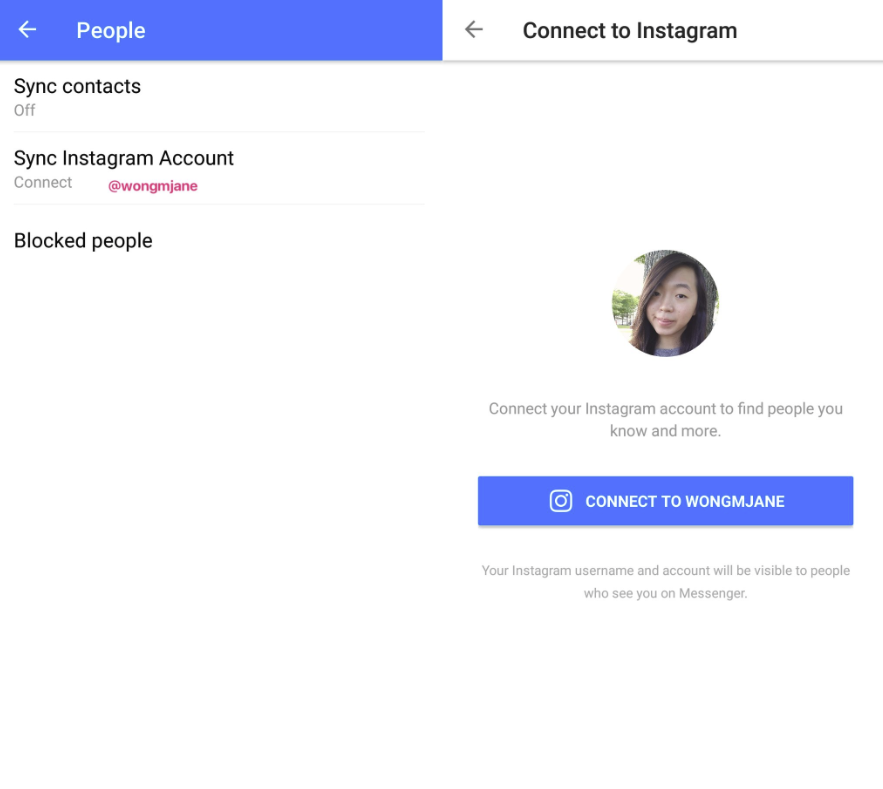 Spotted by Facebook code sleuth Jane Manchun Wong, and subsequently reported by various other users, Facebook has now confirmed (via TechCrunch) that the functionality is being rolled out to all users.

How useful that is will be relative – Instagram already has its own direct messaging functions, which almost half the app’s users are already engaging with regularly. If you really wanted to message your Instagram contacts, you already can, so it’s not adding a heap, functionally.

But Facebook must see some user benefit – maybe, by having all your key connections in one place, it could prompt you to stay in touch more often. Instagram now has a billion monthly active users, while Messenger has 1.3 billion, so while there will inevitably be some crossover between your social graphs on each app, there may be contacts that it would be of value to have on both, who you haven’t merged across as yet.

The integration could also help businesses. It’s not clear as yet if the option will be available to business profiles on Messenger, but if it is, you could use it to merge your contacts to raise awareness of, say, your brand’s Messenger Bot or to spark a more direct conversation with your users. Under Messenger’s business rules, there are limitations on how you initiate that contact, but it may offer some new opportunities, if the function extends to brand profiles.

As noted, Facebook has been slowly working to merge their family of apps, with a range of small crossovers that link them all together.

These are relatively minor integrations, but it’s not hard to imagine that, eventually, you’ll be able to conduct almost all of your Facebook activities in a single app, and post to each within one click. It seems unlikely that Facebook would even wholly merge their family of apps under one banner – particularly given the more recent controversies around Facebook (which seemingly haven’t been associated with Messenger or Instagram). But still, the increased merging of their app tools points to a more integrated Facebook - albeit among divided elements.