Facebook CEO Mark Zuckerberg has outlined a range of new remote collaboration tools for the company's professional Workplace platform, including video chat Rooms and new ways to connect via Portal.

Here's a look a how Facebook's working to cater to the rising demand for WFH tools.

First off, Facebook's expanding its new Messenger Rooms to Workplace, with Workplace Rooms. 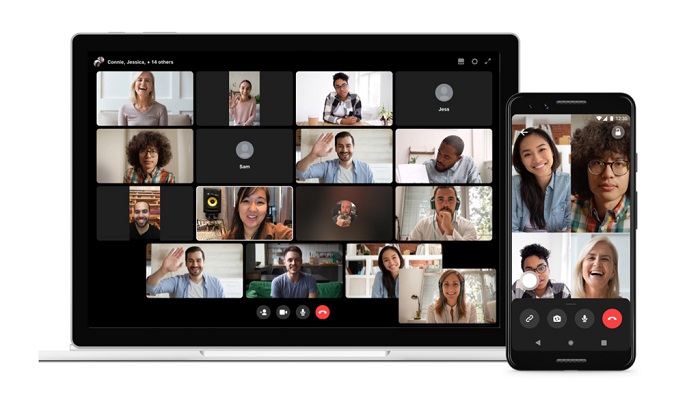 "Workplace Rooms is a secure and easy way for coworkers to get things done and stay connected when they can’t be together in person. It’s a meeting space with unlimited time, where you can invite up to 50 people to a video call even if they’re not in your company or don’t have a Workplace account."

Facebook has been slowly expanding the rollout of Messenger Rooms into more regions over the past few weeks, while it's also added Rooms for Groups and Events. And given the rising popularity of Zoom and Google Meet, Workplace Rooms makes sense, providing a dedicated video meeting tool within the company's business tools.

Facebook also notes that Workplace Rooms will facilitate screen sharing, while users will also be able to lock their Rooms to prevent others from joining.

"For security, a new link is generated every time you create a room, and links cannot be used again once they have expired."

It's still too early to say whether Rooms, in general, will be a challenger for the existing video meeting tools on the market, but for people already using Workplace, it could be a handy addition. 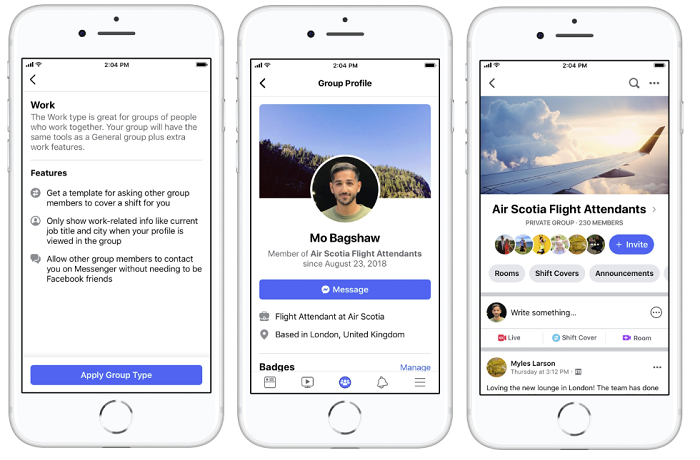 Work groups exist on the main Facebook app, and aim to facilitate more collaboration with colleagues on the social network, ideally to help organize shift swaps and the like. Facebook says that there are now more than 20 million active monthly users across 170,000 active Work Groups on Facebook.

Facebook's also expanding its new Live Producer tools to Workplace, which will enable users to live-stream from their desktop, and with professional video tools, if they so choose. 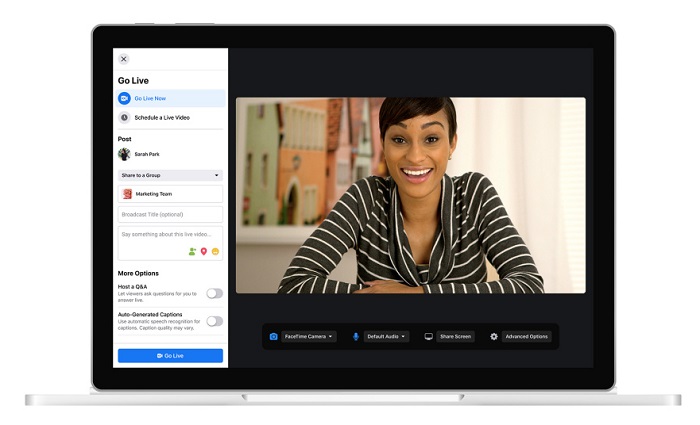 Facebook launched Live Producer for its main app back in March, providing options to create more polished, professional-looking live-streams, with the capacity, as noted, to integrate third-party tools, and add in graphic overlays, polls, and other on-screen features as you stream.

Live Producer for Workplace replicates the same functionality, which could be great for streaming announcements to staff - especially in conjunction with the Q&A feature Facebook announced last month, which enables Workplace users to ask, and vote on questions in-stream.

In addition to this, Facebook Live Producer for Workplace will also come with automatic translation options:

"You can turn on automatic captions for live videos in English, French, German, Italian, Portuguese and Spanish. Workplace will also automatically translate videos in one of these languages into the other five, so employees around the world can follow along."

That could be especially handy for large corporations. 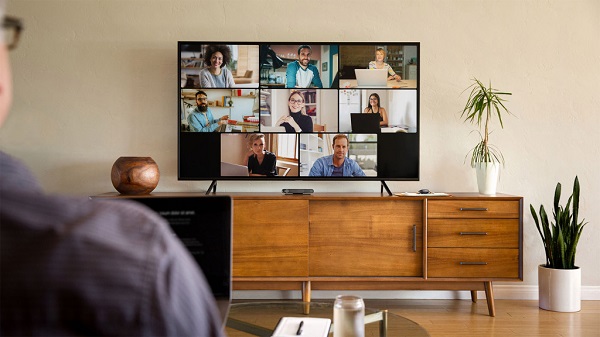 Ideal for people working from home - which, right now, is virtually every office worker - the new connectivity options will provide additional ways to conduct virtual meetings via the Portal camera, while Facebook's also adding a new way to watch Workplace Live on Portal

"...so you can follow what’s happening on a second screen while taking notes on your computer. And if you want these features on an even bigger screen, you’ll be able to use Portal TV for Workplace calls and videos starting next month."

Sales of Facebook's Portal device have increased more than 10x during COVID-19, so much so that Facebook is now struggling to keep up with demand. When Portal was initially launched, consumers seemed uncertain about adding a Facebook-originated camera into their homes, but now, with convenient features like these, and new options to connect via video, those privacy concerns seem to have largely been nullified.

In addition to these new tools for Workplace, Facebook has also pointed to the next generation of virtual collaboration - in actual virtual reality.

Facebook outlined some of these tools in a blog post from Oculus last week, which looked at the rising use cases for VR. As you can see in this image, VR collaboration tools could eventually simulate being in the workplace alongside colleagues, with expanded functionality in the virtual space - which could have a transformative impact on remote work.

Facebook says that many companies are already utilizing this capacity:

"Salespeople at Nestle Purina are using VR to visualize retail displays and gather sales teams while reducing travel. Johnson & Johnson Institute is training surgeons with Oculus and helping improve patient outcomes. Employees at Hilton are using interactive simulations to gain a deeper understanding of the complexities of hotel operations."

Catering to this, Facebook has now launched the Oculus for Business platform, which will provide tools to facilitate and manage VR deployments.

VR is still some way from being a broadly adopted virtual collaboration tool, but with the rising shift to working from home, which will likely extend beyond the COVID-19 lockdowns, you can see where things are headed. This is likely to become a more relevant consideration, for many more organizations, over time. 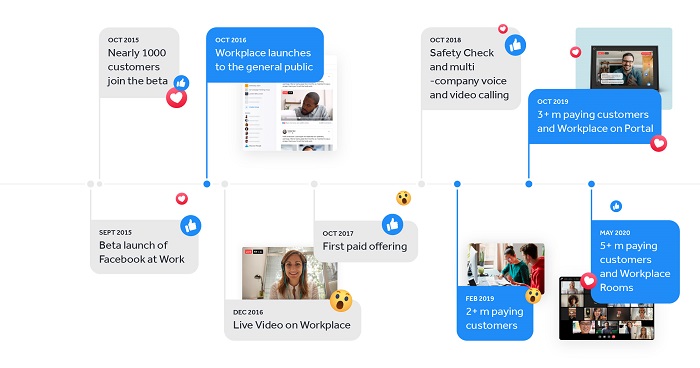 Like Portal, when Workplace was first announced, there was a lot of hesitancy from professionals with respect to letting Facebook into their business, and giving Facebook access to sensitive information. But again, convenience trumps privacy, and with Workplace replicating the same interactive tools that people are familiar with in their every day social activity, it makes sense to integrate them across, as opposed to trying to train staff on entirely new internal collaboration systems and networks.

And with the shift to remote work being accelerated due to COVID-19, you can expect more businesses to make this a permanent focus. We now know that many people are able to work from home, and remain productive, and tools like Workplace help to facilitate such.

With new video connection tools, and maybe, with the next shift to VR, you can expect that Workplace will continue to gain momentum.