Facebook has announced a new look for Messenger, though most of the new features which are highlighted in the accompanying announcement had already been revealed previously as part of the integration of Instagram Direct and Messenger connection.

As you can see in the video, Messenger has added Rooms, collaborative video viewing, a customizable emoji response bar, new personalized stickers and color gradients in your threads. Which have all been previously announced, however there are a few new elements of note in the latest update.

The main change is the new Messenger logo, which also employs a color gradient tone. 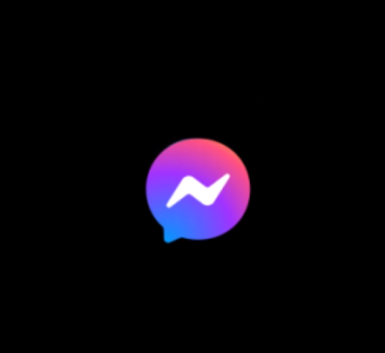 "Our new logo reflects a shift to the future of messaging, a more dynamic, fun, and integrated way to stay connected to the people you’re close to."

I mean, it's not a significant difference. I don't know that it reflects "the future of messaging", but it's certainly more of its time than the plain blue of the past.

Facebook has also added new chat themes, "like love and tie-dye", which are essentially custom backgrounds for your chats. 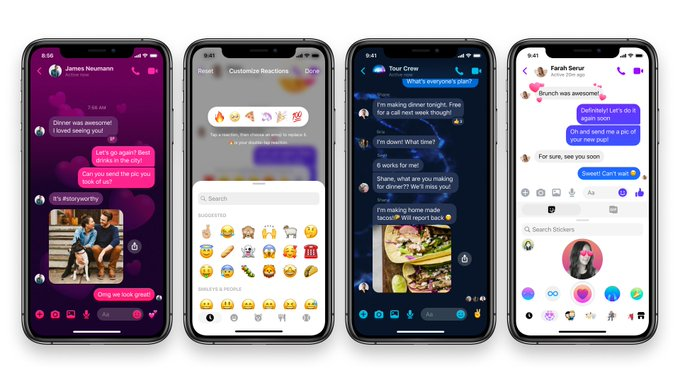 "10 million people customize their conversations every day so we know that personalization is important when it comes to how you connect. Together with new delight features like selfie stickers and vanish mode that are coming soon, making your chats fun and personalized has never been easier."

In combination, the range of new Messenger features that have been unveiled over the past few months are significant, adding new ways to customize your chats, and engage via video, visual tools, within chat rooms and more. And taken in combination, it's clear that Messenger has evolved, even if this latest update is probably less of a shift, and more of a 'moment to reflect' on what's been added.

Definitely, the use case for Messenger has shifted in 2020. Back in April, Facebook CEO Mark Zuckerberg noted that the number of Messenger video calls had doubled during the COVID-19 lockdowns, while some categories, like group video chat, had risen by 10x or more within the period. Which is why Facebook has added these new tools - while the company is also still pushing ahead with its broader plans to integrate all of its messaging tools, and implement end-to-end encryption by default in all chats.

Those two elements could still face significant opposition, especially given the recent finding that Facebook does hold monopoly power in its market, as a result of an antitrust investigation. That could mean that Facebook will eventually be blocked from merging its functionalities, or it could face further regulation. But either way, what is clear is that Messenger has evolved, and has changed significantly from a basic, SMS-style messaging app.

The advertising and branding opportunities within such are still somewhat limited, though Facebook is evolving on the front as well. And given rising usage, it is worth keeping tabs on your messaging opportunities, and considering how each new announcement and release relates to your efforts.