At their second annual Social Good Forum, held in New York earlier this week, Facebook announced a new set of tools for non-profits and community organizations, some of which may have extended application beyond their initial use case.

First off, Facebook’s rolling out a new program which will connect mentors and mentees, in order to help further causes. 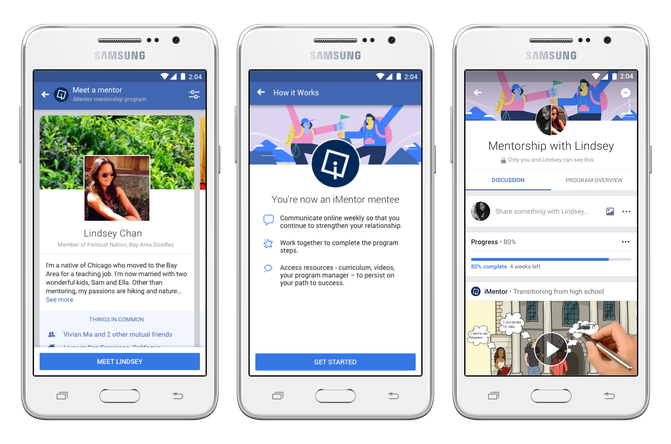 “Mentorship and Support is a new product that connects people who may need support and advice to achieve their goals with people who have the expertise and experience to help. The mentee and mentor are matched by a nonprofit partner organization and work through a step-by-step program on Facebook developed by the nonprofit organization and tailored to the needs of the mentee.”

LinkedIn recently rolled out a similar option for professional development, though Facebook does note that their program could also be used to connect people around a wide range of causes, including addiction recovery, career advancement, and more.

While more specifically aimed at assisting charity groups and initiatives, it could become another way for Facebook to push into LinkedIn’s turf – they also recently introduced new resume-style options for profiles, while they added job listings for Pages late last year. 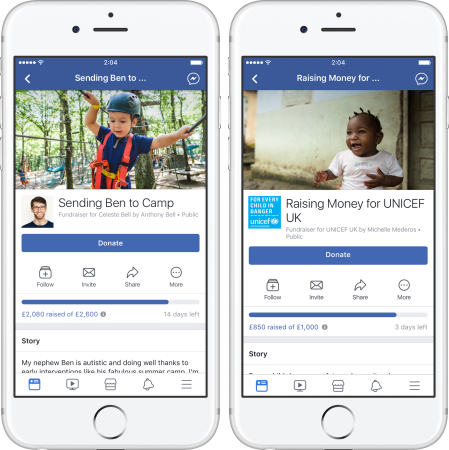 In addition, Facebook’s also launching a new ‘Fundraisers API’ which will make it easier to raise awareness of causes, and collect donations via The Social Network

And lastly, Facebook’s also expanding their blood donations feature, which it launched in India back in September.

Facebook says there are now more than four million blood donors signed up, helping to connect people in need with necessary supply.

Furthering this, in early 2018, Facebook will expand blood donations to Bangladesh, “where, like India, there are thousands of posts from people looking for blood donors every week.”

Enhancing community is one of Facebook’s key pillars of growth, and key platforms through which they want to grow and expand their business – especially in the wake of more recent mis-uses of The Social Network to amplify division and interfere with the democratic process.

Facebook CEO Mark Zuckerberg detailed their ‘building global community’ mission back in February, and unveiled their new ‘Bring the World Closer Together’ purpose statement June. Tools like these align with that broader ambition, and add a larger sense of purpose to the ever-growing social platform.