We know that more comments and engagement will equate to better organic reach for your posts within Facebook's News Feed algorithm, as Facebook wants to encourage more of the same behavior, and keep users on platform for longer. As such, it makes sense, where possible, to encourage more engagement from your audience by responding to relevant post comments, and engaging with your Page fans.

But were you also aware that Facebook also has a ranking system which decides on the display order that your post comments are shown in?

Even if you weren't totally aware of this, you've likely noticed such. Normally, when you see a listing of comments on a Facebook post that's shown up in your News Feed, you'll first see a comment from someone you know (if that's why it's showing up in your feed), followed by a ranked list, with the most Liked and/or replied to comments first. 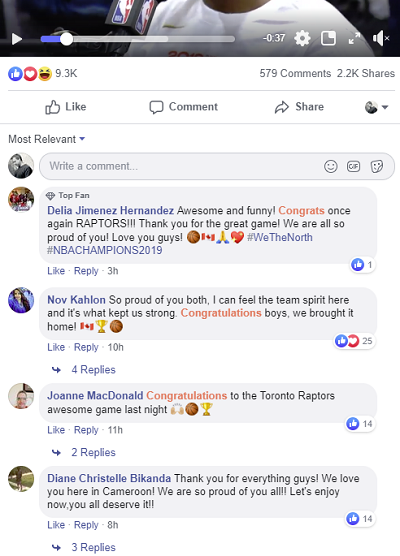 But as you can see here, there are other factors to consider. In this case, a 'Top fan' comment has shown up first, another ranking factor, while you can see in the bottom two examples that, despite them having the same amount of Likes, and the bottom one having more replies, Facebook has ranked them in what appears to be an illogical order.

Because, just like the News Feed, there's a heap of different factors which go into determining how comments are ranked. And now, Facebook is adding in two more considerations as to how it will determine comment display order.

We will continue to take other signals into account so we do not prominently show low-quality comments, even if they are from the person who made the original post or their friends."

So, if you want to try and engage with more comments on your Page posts - which you should because it will likely help to boost your post reach - you should look to reply to those that will encourage more discussion, and prompt other users to either like or reply.

But in order to truly understand the benefits here, you need to get your head around the other comment ranking elements at play.

So how does Facebook decide which order to show your comments in specifically? Well it depends.

If your Page has a lot of followers, Facebook automatically switches on 'Comment Ranking', which, as noted, will work to highlight the most engaging comments. This can also be switched on for Pages with few followers, but it's normally not necessary, as they won't be seeing high comment volume overall. It can also be switched off by any Page, and you can display comments in chronological order.

If Comment Ranking is on, Facebook says that its system uses the following signals to determine the order in which it displays your public post comments.

And there are, of course, other, user-controlled factors which will ultimately influence how post comments are displayed. Page admins can hide, and delete comments entirely, which can be helpful if the comments are spam links, off-topic and/or simply not contributing to the wider conversation.

This does come with a level of risk for brands - hiding comments is the safer option, as it only hides that response from general public view, but it'll remain active for the commenter and their connections. If you delete a comment entirely, it's gone, which can cause a level of angst for those who've taken the time to leave a response, and can also lead to accusations of bias and/or censorship, which can be especially harmful in the case of criticism.

Each option should be used with a level of caution, and a consideration of the intent of the person leaving a reply. And now, with these new ranking factors, it may also be worth considering how you can prompt further conversation by posting a response, in all cases.