Facebook is expanding its political advertising transparency measures, which require any ad paid for by a political group or candidate to be labeled as such, into 32 new regions, taking the total count of nations which are now required to adhere to Facebook's advanced political ad regulations to 89.

Facebook first launched its updated political ad transparency regulations last June, which relate to any ads about social issues (as defined by Facebook), elections or politics.

As you can see in this example, all of these ads need to be labeled with a 'Paid for by...' tag, which also links through to additional information on the advertiser, providing more transparency into campaigning on the platform.

The requirement is now being expanded to these regions, in addition to the 57 where it was already active: 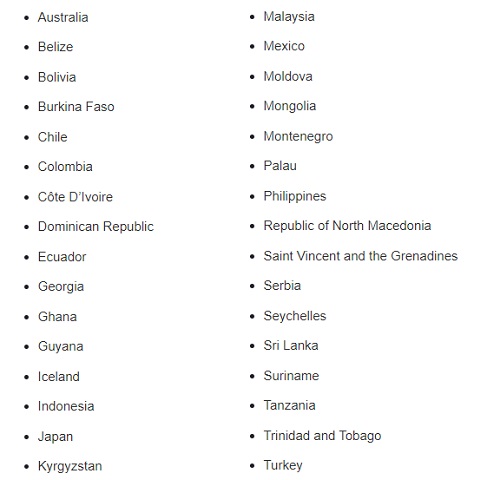 "Anyone who wants to run ads about elections or politics in these countries will need to confirm their identity with an ID issued from the country they want to run ads in and disclose who is responsible for the ad. An advertiser can select themselves, a Page they run or their organization to appear in the “Paid for by” disclaimer. We require that the advertiser provide additional information, like a local business address, local phone number, email and website, if they choose to use their organization or Page name in the disclaimer. These requirements hold advertisers accountable for the ads they run on Facebook and Instagram."

Aside from providing increased transparency on the ads themselves, the requirements will also ensure that Facebook can list political advertisers in its Ad Library - political ads from all of these new regions will now be added to the Ad Library API.

"In addition, we will introduce the Ad Library Report for each of these countries by the end of April. The report provides aggregated insights for ads about elections and politics, such as total number of ads and spend in the Ad Library. The report is also available as a downloadable file."

So if you wanted more regional insights about what political parties are spending on Facebook ads in your region - and how - you'll soon have it.

The tools aim to make it totally clear as to how Facebook is being used by political groups, better-informing users of messaging affiliation, and how they, specifically, are being targeted. Increasing this transparency will help improve electoral analysis in more regions, further clarifying how Facebook is being used for campaigning, while it will also ensure that political advertisers are held to account, and can't covertly seek to influence Facebook users through unapproved means.

Enforcement of the new regulations within these countries will begin in mid-March, while Facebook notes that it's looking to further expand its political advertising requirements into more regions later this year, including in Myanmar and Brazil.

UPDATE (3/23): Due to changes required to respond to the evolving COVID-19 situation, the expansion of Facebook's political ad requirements has been put on hold at this stage.