Facebook has announced a new set of updates designed to strengthen its political advertising tools, and stop misuse by politically-motivated groups in the lead up to the 2020 US Election.

First off, Facebook is adding in new information requirements for ads which are listed as coming from a US-originated political group. Under Facebook's improved political transparency process, any ad paid for by a political group or candidate needs to be labeled as such, and approved by Facebook under the same.

But tests have shown that this process is not foolproof - late last year, Vice News documented how it was able to run ads 'Paid for by Mike Pence' and other political candidates, and have them approved by Facebook. 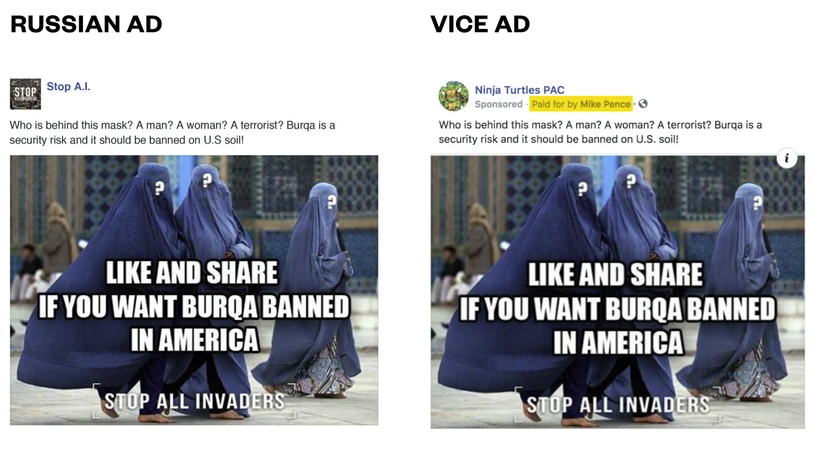 Facebook's new regulations aim to rectify this, requiring US political advertisers to provide:

Facebook says that all political advertisers will need to provide this information by September, with any existing ads being paused if they do not provide such by mid-October.

"While the authorization process won’t be perfect, it will help us confirm the legitimacy of an organization and provide people with more details about who’s behind the ads they are seeing."

Not an entirely reassuring statement, but the added requirements will make it more difficult to cheat Facebook's political transparency system.

That extra info will also be added to the attached information on political ads:

"Now, with one tap, people will not only see information about the ad, but they’ll be able to see the information Facebook confirmed, such as whether an advertiser used an EIN or FEC identification number. This will allow people to confidently gauge the legitimacy of an organization and quickly raise questions or concerns if they find anything out of the ordinary."

Those 10 political 'issues' are:

Facebook says that the update will bring the US list in line with issue lists in countries who have recently held elections.

"The shift from 20 subjects to 10 categories does not mean that our authorization process will be less restrictive. We’ll continue to capture a range of topics encompassed by the 10 referenced categories."

Facebook also notes that it's looking to add in more features in the coming months, including improvements to the Ad Library to track political candidate spending, more action to block ads which discourage people from voting, and requiring all Pages of political candidates to implement two-factor authentication.

The 2020 Election will be a critical test for Facebook and its improved political transparency processes.

As has been well-documented, Facebook bore the brunt of the blame for a mass-campaign ahead of the 2016 US Presidential Election which sought to influence American voters by using Facebook's array of ad targeting options. That action used complex data analysis, through Cambridge Analytica, and foreign interference to sway certain voter segments, and may have influenced the final outcome. To what degree those campaigns were effective, it's impossible to say, but it is clear that they had some impact, and that Facebook played a role in the spread of information which influenced voter action.

After initially dismissing the notion, Facebook has since been forced into action, resulting in a range of new rules and regulations around how advertisers can use its ads for political campaigning.

As noted, since 2016, Facebook has implemented three key measures:

Those tools have already proven valuable, enabling researchers to show more definitive links between political advertising and its impacts on voters.

These additional updates will be the first step in ensuring Facebook is doing all it can to protect users against such campaigning, and avoid misuse.

And Facebook needs to ensure that it is, indeed, doing everything in its power - another Cambridge Analytica style scandal in this election cycle would almost definitely lead to increased scrutiny of the platform, and questions around the role it actually plays.

You can read more about Facebook's political ad updates here.