While the debate over whether or not it’s good for kids to use social media platforms rages on, Facebook is expanding access to its new Messenger Kids app, making it available on Android devices in the U.S. via the Google Play Store. 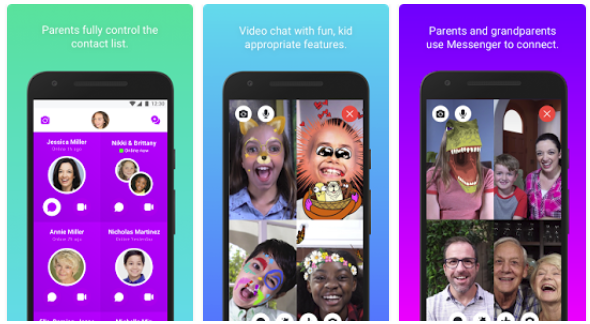 The Android release comes amid controversy on two fronts for the youth-focused app.

On one side, more than 100 child development experts recently contributed to an open letter which calls on Facebook to shut down Messenger Kids, warning that the app is 'harmful to children and teens', and 'could undermine children’s healthy development'. 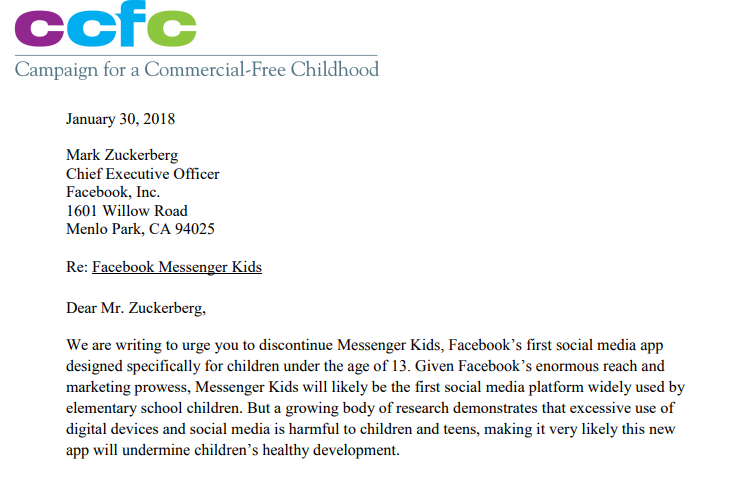 On the other, Wired has published an article which reveals that at least seven members of Facebook 13-person advisory board for Messenger Kids “have some kind of financial tie to the company”.

Wired’s report also notes that Facebook was selective with the experts it chose to consult during the app's development - and which to avoid - while the launch of the app has also lead to a new push to educate kids about the potential dangers of social media use.

“[Following the launch of Messenger Kids] Common Sense Media announced that it would help fund a lobbying effort around the downside of addictive technology, including a curriculum distributed at 55,000 public schools that would highlight concerns, such as a possible link between heavy social media use and depression.”

According to Apptopia, Messenger Kids has been downloaded around 45,000 times since its launch on iOS and Amazon Fire tablets, and now has an estimated 20,000 daily users.

It’s a difficult question for parents. Given the evidence around the potential negative impacts of social media use, particularly the aforementioned links to depression, should you let kids use such apps? Doesn’t Messenger Kids serve as something of a 'gateway drug', leading them into wider social media use?

The counter-argument is that kids are already using social media apps anyway. While most social platforms have an age limit of 13, in accordance with the Children's Online Privacy Protection Act, it’s not overly difficult to get around, with various reports suggesting that millions of youngsters already use Facebook and other apps in some capacity.

Given this, wouldn’t it be better for them to use a social app where the parents have some control over who their kids are interacting with?

This is essentially Facebook’s pitch, while The Social Network has also launched a new section in their Parents Portal information resource which focuses on the questions around kids’ social media usage, and includes input from experts in various fields. But that, of course, leads back to Wired’s revelation of possible financial ties and incentive.

Really, the question will largely come down to your personal view of Facebook and the company’s broader motivations. Facebook’s designed what’s probably the best-equipped app to cater to younger users in the safest possible social media environment. But at the same time, Facebook’s also a business, and hooking younger users into their family of apps obviously provides them with advantages, particularly as those kids grow up.

Which way you think the app leans will likely help you decide whether your kids should use it – but if they’re not using Messenger Kids, maybe they’re using something else. Are you monitoring everything they’re doing on their phones and iPads?

There are no easy answers, and it’s hard to say whether Messenger Kids makes them any easier. But no matter how you look at it, it is something every modern parent will likely need to consider at some stage.