Facebook continues to evolve its eCommerce push with the introduction of WhatsApp Pay for Brazillian users.

WhatsApp users in Brazil can now send money to friends and family or pay a business right from your chat ???????????? pic.twitter.com/BwrcCq9CJW

"The over 10 million small and micro-businesses [on WhatsApp] are the heartbeat of Brazil’s communities. Now in addition to viewing a store’s catalog, customers will be able to send payments for products as well. Making payments simple can help bring more businesses into the digital economy, opening up new opportunities for growth."

Brazil is third market in which Facebook has tested WhatsApp Pay, and the first where it's being widely rolled out. It's also running tests of WhatsApp Pay in India and Indonesia.

Facebook is hoping to make funds transfer within WhatsApp second-nature in these developing regions, which will then establish the framework for advanced commerce functionality within its apps.

WhatsApp is already the dominant messaging app in each of these nations, and if Facebook is able to encourage funds transfer, it can then expand that into more shopping activity, which will then, ideally, make WhatsApp the key app for a wide range of functions, expanding its dominance. 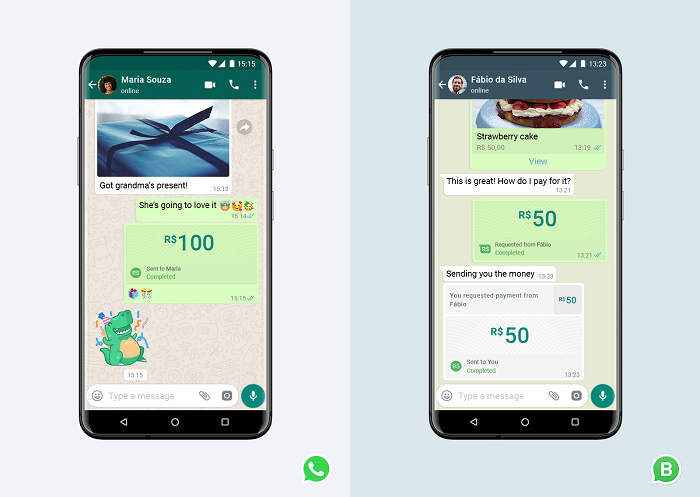 Facebook's been looking to make Messenger the key tool for the same in western markets, with limited success. But in developing regions, where digital behaviors are not yet established, it stands a better chance of implementing such process by getting in early, and locking in usage trends.

If Facebook can get it right, that, as noted, will reinforce its market dominance, while also setting it up for more revenue opportunities through WhatsApp, which, despite it having more than 2 billion active users, is still limited in terms of monetization opportunities.

"Sending money or making a purchase on WhatsApp is free for people. Businesses will pay a processing fee to receive customer payments, similar to what they may already pay when accepting a credit card transaction."

That's the key for Facebook, making WhatsApp into a revenue-generation machine. If it works out, WhatsApp could become a major part of Facebook's overall revenue intake very quickly, catering to emerging usage shifts.

And one other interesting note in WhatsApp's announcement:

"Because payments on WhatsApp are enabled by Facebook Pay, in the future we want to make it possible for people and businesses to use the same card information across Facebook’s family of apps."

With Facebook rolling out new Shops on Facebook and Instagram, the integration of its payment processes could also become a key element moving forward. Ideally, Facebook would have been able to facilitate all of this through its Libra cryptocurrency, reducing costs and further embedding Facebook as the platform for all such transactions. But it's still working through issues with the option.

But it may still become a factor, and as Facebook expands its transactional empire, this could be part of a massive, lucrative shift at the social media giant.