Facebook Makes it Easier to Report Concerning Conversations in Messenger

Facebook has launched a new reporting flow within Messenger on mobile, making it easier to flag concerning conversations and users direct from the app.

Up until now, users have only been able to report activity in Messenger via the Facebook reporting tools or Messenger web.

As you can see from the video, the new option is available under the ‘Something’s Wrong’ option in user settings. To access it, you tap on the name of the person or group with whom you’re having a conversation and scroll down to the bottom of the options list.

The range of issues available for report, as listed in the demonstration video, are:

All of those are fairly straight-forward – though the inclusion of ‘Unauthorized sales’ is interesting, and points to the growing use of Messenger for such interactions. 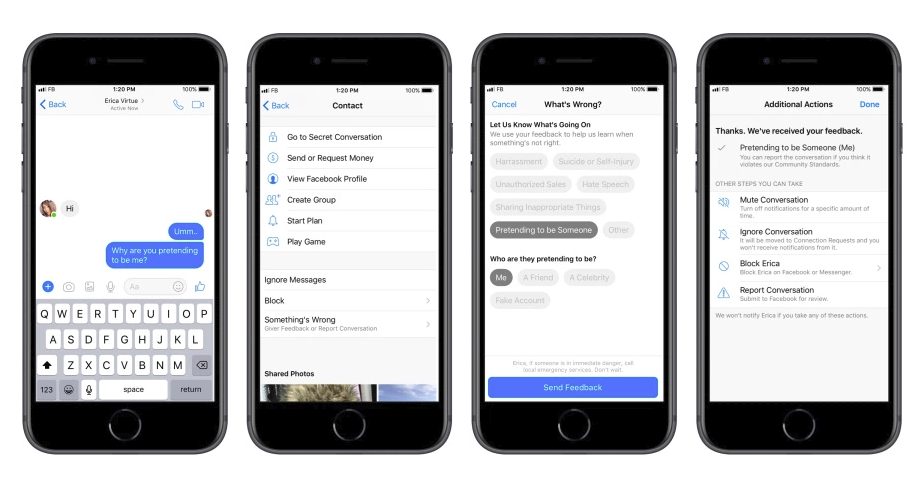 The addition of new safety and security tools makes sense, not only from a general user perspective, but also from a Facebook PR viewpoint. The company’s currently under scrutiny over its mishandling of user data, and the intrusive capacity of the platform, given its access to so much private insights. That’s lead many to question whether Facebook is such a good thing for society more broadly, and whether they personally should be involved - and while Facebook has said the backlash hasn’t caused any significant drop-off in usage rates, it has been more widely felt for some time, with the migration of more social conversations to private messaging networks.

Messaging is on the rise on virtually every social platform, which seems to be in response to issues with more public sharing - as social media has matured, people have become more aware of the potential impacts of sharing their private lives, and the ways in which such information can be used against them. Given this, it’s important for Facebook to ensure that users don’t associate the data breach concerns of their main platform with their other apps – sentiment around Facebook may be on the decline, but Messenger, Instagram and WhatsApp have largely remained unaffected.

These new reporting tools could be a preemptive move by Facebook to keep it that way, showing that they’re working on new ways to keep the platform safe and free of intrusion.

But whatever the motivation, the tools make sense, and will help improve the user experience. As social platforms become more engrained in our day-to-day interactive process, and their influence increases, it’s important for each company to take responsibility for providing adequate tools for reporting and blocking to help eliminate concerns.

And Facebook is also hiring thousands more moderators to deal with these, and other concerns. Maybe, such tools will provide all the assurance people need to remain on their network.