Facebook Makes Its Latest Experimental App Available to All Users

Facebook's New Product Experimentation team has announced a full US launch of its latest app, called E.gg, which enables users to create web-based collages of their favorite things. 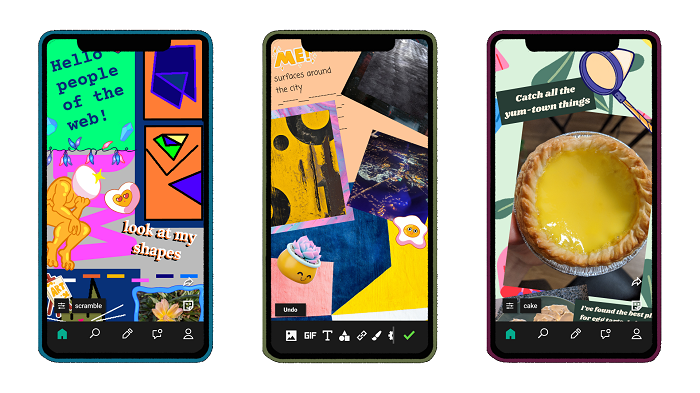 Those collages - or 'canvases' as NPE calls them - are then available via a unique URL, so you can share your canvas with anybody, even those who haven't downloaded the app.

As explained by NPE:

"With E.gg, you can curate images, GIFs, shapes and text onto freeform canvases to express who you are and what you love. In our limited beta, we’ve seen people create fan pages, guides, tributes, profiles, collages, recipes and more. We’ve been continually inspired and can’t wait to see what else y’all do with E.gg."

Facebook first announced E.gg back in July, in limited beta, with the app becoming the eleventh experimental app release from Facebook's NPE team.

The NPE team is essentially trying to get ahead of the curve on the next big trend - keen to get a jump on the next Snapchat or TikTok, Facebook's trying out a range of tools and functionalities in the hopes of finding something that will catch on, so that it can beat potential competitors to the punch.

The NPE team uses internal insights, based on Facebook tracking, to glean info about the latest user trends, then seeks to turn those into new apps.

But thus far, none of the NPE experiments seems to have caught on in any significant way - the full list of NPE experimental apps, to this point, is:

All of those, except Hobbi, appear to be still running in some capacity, though the NPE team's approach is that it will quickly shut down and change approach on apps if it finds that they're not resonating. Facebook may also be taking notes from these separate apps for potential new functions and tools to be added into its main platforms.

Given this, the NPE experiments may be less about the apps themselves and more about the functionalities - so these experiments could be indicative of what Facebook may see as the next, potential big shift in social engagement.

In the case of E.gg, Facebook's looking to tap into nostalgia, reflecting the old Geocities-style pages of the web's past. Which is interesting, but also, may have had its day.

We'll find out whether people are keen to try it out, now that it's more widely available.

You can download E.gg on iOS in the US, while you can also check out the E.gg website for more info.