Ever watched American Idol and thought ‘I could do that’? Soon, you may be able to test your skills in private before you head into the auditions – Facebook’s working on a new feature called ‘Talent Show’ which would enable users to sing their own version of a popular song, then submit it for assessment. 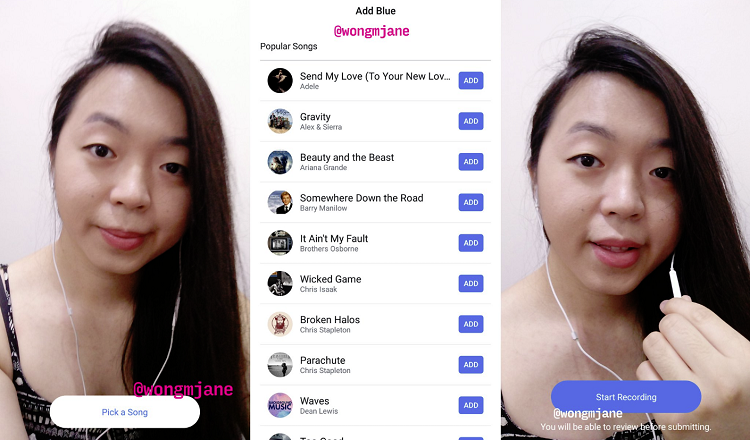 Spotted by code cracker Jane Manchun Wong, the new feature would use Facebook’s recently announced music partnerships to provide a list of songs to sing. Users would then be able to choose a song, record their own version, and submit.

It’s not clear, at this stage, exactly who would then assess the content. Wong notes that it seems only specific Pages will have access to the tool, but it may also make sense for Facebook to open up the singing competition to general users. You could then conduct such a contest with friends, and let your combined connections vote, a fun way to boost engagement.

Detail is fairly thin, but it makes sense for Facebook to find more ways to utilize their new music partnerships. When Facebook announced its deal with Universal Music Group, they specifically noted that they would be working with Universal to “bring new music-based products to Facebook’s platforms”. We’re now starting to see what those new products will be – Facebook also recently announced Music Stickers for Instagram and ‘Lip Synch Live’ for Facebook Live streams.

And while it won’t appeal to everyone, there could be a lot of potential in ‘Talent Show’.

What if singing is only one element, and your ‘talent’ could be anything you like, with other users able to cast their votes? That could have engagement benefits for both personal profiles and business Pages.

It’s interesting to consider the options – again, no word yet on when this new feature might be released, but given it’s in the back-end code, and going on past discoveries, we’ll likely hear more solid info in about six weeks.