As Facebook continues to advance its video efforts, this week, the platform has made some of its most significant announcements on this front to date.

This far, Facebook Watch has been comprised of videos from approved publishers and partners, restricted to specific, episodic content, including the most recent addition of exclusive news programming. 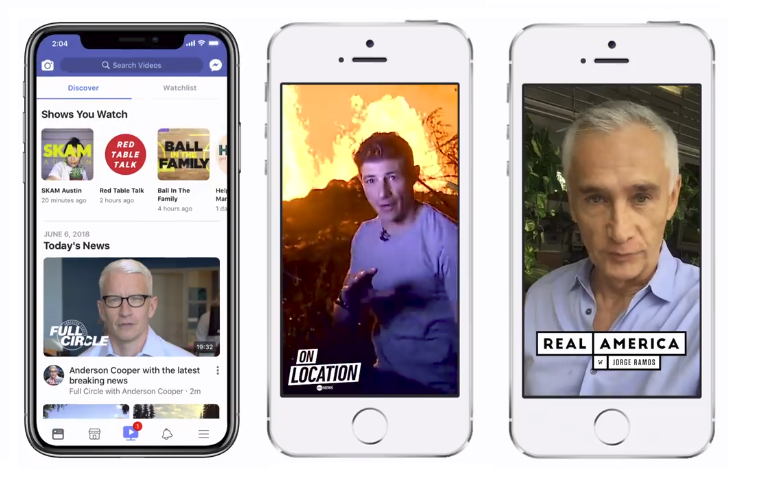 But now, Facebook's opening up Watch to more creators.

“When we launched Watch, we started with shows, and while they will continue to have a prominent place in Watch, we are now bringing videos from Pages into Watch as well. In our testing, we’ve found that people enjoy discovering and watching a combination of shows and videos in Watch — and for creators, this means their videos may be eligible to show up in Watch to be discovered by a broader audience.”

This, of course, was always the aim for Watch. For Facebook to compete with YouTube, and attract creators across from the established video giant, they need to provide reason for them to do so. Facebook’s biggest lure on this front is its scale – the platform has 2.2 billion users, significantly more than YouTube - but in order to make that a selling point, it needs to give creators a way to reach them, and then monetize that audience.

On the latter, Facebook announced a range of new video monetization tools in April, which they continue to develop, while on the former, this announcement will mean that creators will have the opportunity to get their content featured alongside highly viewed Facebook Watch content, providing another enticement to get them across.

The benefits here could be significant – some Facebook Watch shows are building their audiences, with Variety reporting back in January that up to 40% of U.S. Facebook users were already viewing Facebook Watch content, in some capacity, every week. It hasn’t become a huge hit, Facebook still has work to do to establish Watch, but opening up the platform to more community content is a good move, and one which will provide new incentive to get more users – and brands – creating episodic content.

From a social marketing perspective, consider this – if you wanted to reach people interested in basketball, wouldn’t it be great to have your brand video show up as a recommendation alongside the latest episode of ‘Ball in the Family’, the Facebook Watch exclusive program which follows the family of LA Lakers star Lonzo Ball - and sees millions of views per episode?

That’s the broader play for Facebook here. If they can build Watch into a more viable content option, they can attract more, better content, and build it into a valuable ad tool.

“We want to provide different ways for creators to make money on Facebook, so they can choose what makes sense for their content and community. For example, creators with longer content that fans come back for can monetize effectively through ads. Creators with super-fans or niche content can earn money directly from their audience through fan subscriptions or digital goods. Branded content can work for a range of creators who have audiences that businesses want to reach.”

Along these lines, Facebook has also announced a range of additional video tools to help, including:

Adding in monetization options is key for attracting prominent creators, which, itself, is key to building a significant video eco-system on Facebook. The Social Network has a long way to go to snatch the big names from YouTube, but these tools will help boost Facebook’s offer, and may enable a new case for Facebook creators.

Of course, Facebook will also need to improve its viewing options - YouTube recently reported that people viewing YouTube content on their home TV set is now their fastest growing usage segment, which is an area Facebook hasn’t capitalized on as yet. But they will, no doubt, and these new options will help make Facebook video a more compelling option – for creators, viewers and brands.