Facebook says that it's latest conversational chatbot system is able to hold human-like conversation - and it's specifically better at doing so that Google's Meena chatbot process, which the search giant recently praised as an example of how far its processes have evolved.

In an unusually pointed research report, Facebook's team has outlined its new 'Blender' chatbot framework, which "outperforms others in terms of engagement and also feels more human, according to human evaluators". 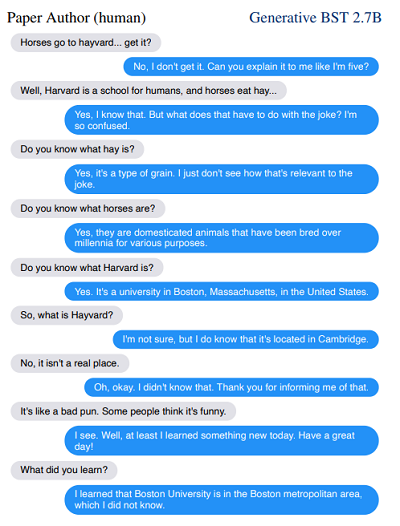 You can see the Blender artificially generated responses in blue above - the system is able to better understand context, and even subtlety, in order to maintain a discussion with a human user.

To improve the conversational capacity of Blender, Facebook says that it trained its system on 9.4 billion individual parameters, which is 3.6x more than the largest existing system

"It outperforms others in terms of engagement and also feels more human, according to human evaluators. This is the first time a chatbot has learned to blend several conversational skills - including the ability to assume a persona, discuss nearly any topic, and show empathy - in natural, 14-turn conversation flows."

Facebook specifically tested its system against Google's Meena conversation bot, with human evaluators interacting with both Blender and Meena and determining which system they would prefer to continue a conversation with.

"67% of the evaluators said that our model sounds more human, and 75% said that they would rather have a long conversation with Blender than with Meena."

Normally, research papers like this are not as specific in their comparison, but Facebook very clearly wants people to know that its chatbot is better, and can hold realistic conversation better than Google's most advanced processes are able. 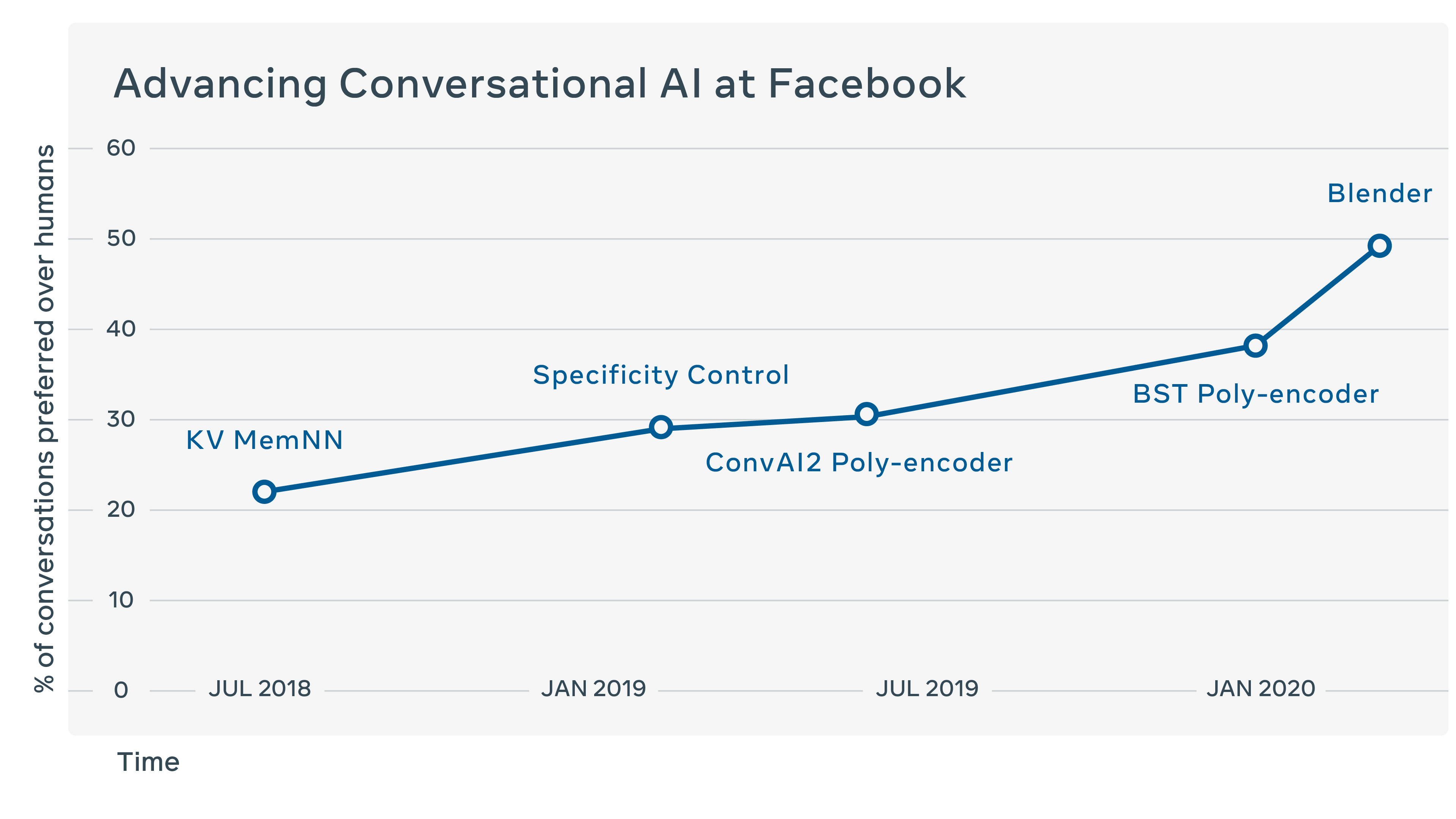 The applications here are significant. Facebook already has chatbots in Messenger and WhatsApp, and via its home speaker device, Portal, which all facilitate bot interaction in varying capacity. If Facebook can improve its systems, it can advance the capability of these tools beyond competing functionality, which could make them more useful, more engaging, and more capable of undertaking a wider range of tasks.

Worth noting, too, that sales of Facebook's Portal device have skyrocketed during the COVID-19 shutdowns. Once seen as an unnecessary intrusion - why would you let Facebook put a camera in your home? - the utility of the device as a connective tool has seen demand for Portal rise significantly. Last week, Facebook CEO Mark Zuckerberg said that sales of Portal have grown by more than 10x during COVID-19, and the company is now upping production to meet demand.

More advanced conversational AI will have direct benefits for Portal usage, and could take us even closer to Star Trek-like engagement with an unseen digital entity. Definitely, there are privacy considerations in giving Facebook access to your home, but once again, the sales data shows that utility outweighs such issues. And as the system improves, that utility could make it an even more enticing option.

Facebook does, however, seek to temper expectations in this respect:

"We're still far from achieving human-level intelligence in dialogue systems. Though it’s rare, our best models still make mistakes, like contradiction or repetition, and can “hallucinate” knowledge, as is seen in other generative systems."

Hallucinating knowledge is an interesting concept - but still, even with these limitations, Facebook's Blender conversational AI is a significant advance, and could help improve conversational systems in order to provide more utility.

You can read the full "Recipes for building an open-domain chatbot" paper here.