After the bad press of recent months, Facebook is very keen to underline the role it plays in connecting people, and providing societal benefit - as opposed to exacerbating divides through filter bubbles and fake news.

You may have seen the Facebook TV ads running in several countries, in which they talk about the good times people have had because of Facebook, and how they’re working to crack down on misuse.

Now, Facebook’s taken that a step further – in Australia, The Social Network has worked with PwC to put together a new report which underlines the economic benefits its platforms provide.

And it certainly includes some big claims – first off, the report notes that the growth in usage of both Facebook and Instagram for business has:

“…enabled SMBs to connect with customers and grow revenues, both locally and internationally. This enables existing businesses to grow and new businesses to be built, creating new employment opportunities.”

According to PwC’s report: 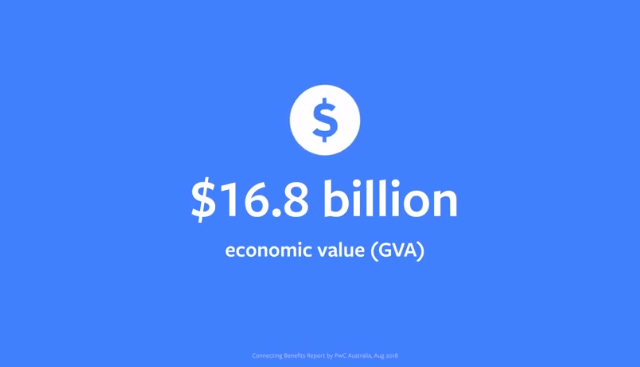 It certainly seems bold to suggest that Facebook and Instagram have contributed $16.8 billion in economic value, which would equate to almost 10% of the nation’s GDP. And far be it for me to question the methodology of PwC in this regard (note that they do say 'aided by' as opposed to direct), but that is a surprisingly high number – and more than this, Facebook says that in regional Australia, the growth of businesses, assisted by its platforms, has lead to the creation of some 34,800 new jobs. 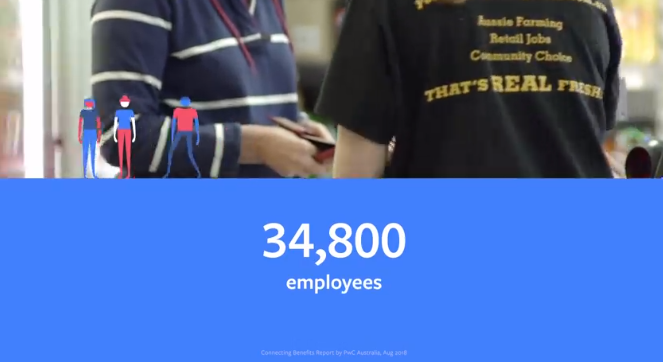 Facebook’s not so bad now, right?

That’s clearly the emphasis here – while the revelations of Cambridge Analytica and various other data concerns have swayed sentiment away from Facebook (and ironically in many cases, towards Facebook-owned Instagram), Facebook's keen to demonstrate that its platform is providing real societal benefit. Though the scale here does seem very large.

Here’s another stat from the report, though it’s interesting to see how exactly they frame it. According to Facebook, 83% of Australians on Facebook surveyed use Facebook Groups. Of this, 55% have formed new friendships through these Groups, and 87% of these have physically met up with these new friends. 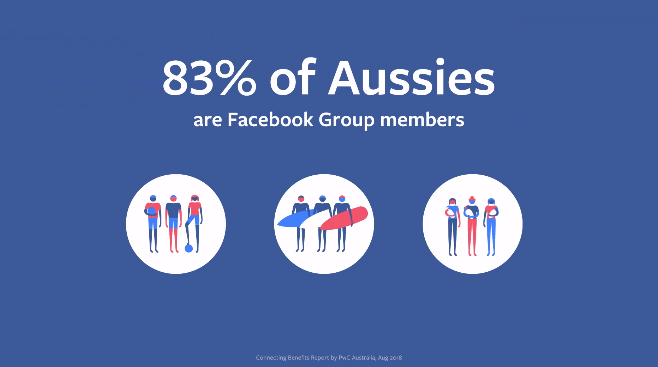 But note how that stat is highlighted in the above frame – this top line number suggests that 83% of all Australians are members of Facebook groups. Which is not possible, considering that only around 60% to 70% of Australians actually use Facebook. That’s still a huge amount, of course, but it does seem as though the report has gone to some effort to showcase the numbers it chooses, knowing that most people won’t look into the actual detail.

But the detail is available – you can download the full Facebook/PwC ‘Connecting Benefits’ report here, which includes detailed notes on the data and methodology. And it is interesting, it’s relevant to note the economic and societal benefits The Social Network facilitates, with a range of key stats and graphics underlining the findings.

But it also feels like an exercise in Facebook PR. Which it no doubt is, of course, but some of the framing seems too overt, over-stating the benefits.

It’ll be interesting to see if Facebook publishes similar reports in other regions, highlighting just how important it’s become to your local economy. And why you should stop hating on The Social Network.