If Facebook is at all spooked by the announcement of major investigation into its alleged efforts to squeeze competitors out of the market, it's certainly not showing it.

Today, Bloomberg has reported that Facebook's working on a new option that would enable users to pay for video calls with celebrities, which is reportedly called 'Super', according to reports.

Which sounds exactly like Cameo, the app which enables you to pay for celebrity shout-outs for yourself or friends. 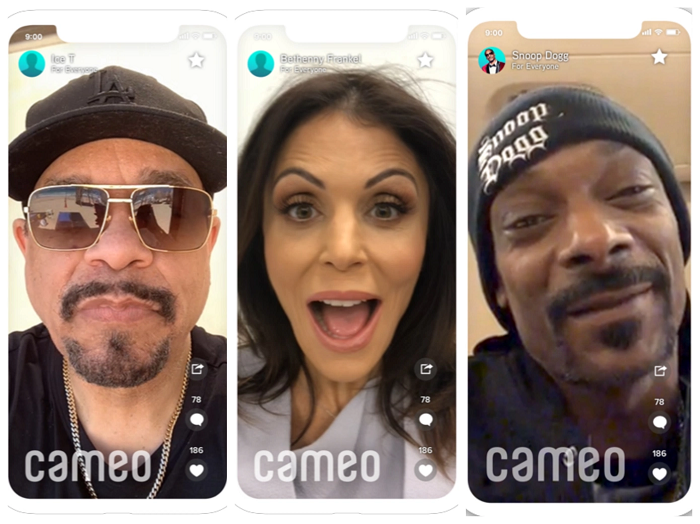 Cameo has a growing stable of stars who are able to generate side income from recording short videos on request. Prices for personalized Cameo clips range from $5 to $3000 per session.

The app has seen steady growth over the past few years - according to TechCrunch, as of last June, Cameo was fulfilling 2,000 video requests, on average, every day. Indeed, Cameo reported last week that its top earner for 2020, Brian Baumgartner who played 'Kevin' in the US version of The Office, was on track to earn over a $1 million from Cameo clips for the year.

All up, that's a lot of potential revenue, from which Cameo takes 25%. So of course, Facebook, which has similar tools and capacity, is now also looking at how it can take a cut of the same - which, as noted, is at least partially what the newly announced FTC probe relates to. But Facebook's apparently unfazed by such concerns.

That could open up a lot more opportunity. I mean, Kevin from The Office is making a million in a year from Cameo, which is currently ranked below 400 on the App Store download rankings. Imagine how much he could earn for the same on Facebook, which has over 2.7 billion active users.

That said, the app is reportedly being developed by Facebook's NPE team, which would likely see Facebook build a separate app to compete with Cameo direct. That would reduce Facebook's scale advantage, but even so, being integrated with both Facebook and Instagram could still be a major lure, and could help Facebook establish an immediate competitor for Cameo's business.

It would also provide another avenue for artists to generate income online. Most performers have been significantly impacted by the COVID-19 pandemic, which has shut down venues across the globe, with no sign of them re-opening to full capacity any time soon. By providing another means for these creators and celebrities to connect with an audience, and generate income, Facebook could make itself a more critical partner, which, in turn, will continue to bring more users to its apps.

There's not a lot of concrete information to go on at this stage, but it could be an interesting option, which, as noted, the Cameo team will be sweating on till we hear more.