It wasn't hard to see this one coming. After launching its archive and highlights options for Instagram Stories last year, parent company Facebook has since rolled out a similar archive tool for Facebook Stories, which suggested that Facebook Story highlights weren't too far away.

And now, users are starting to get notifications of exactly that. 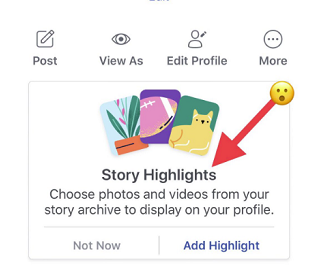 Spotted by Mari Smith (and shared by Matt Navarra), the highlights option provides another way to re-use your Facebook Stories content, showcasing the best of your Stories efforts direct on your profile for an indefinite period. The option also underlines the shift away from merely ephemeral content - with archive and highlights, users can still let their stories fade from public view if they want, but they can also choose to share them, expanding opportunities.

That change in usage behavior is significant - the initial rise of Snapchat first highlighted the shift away from permanent social posts. Viewed as the 'anti-Facebook', Snap gained notoriety with its disappearing posts, which took a lot of the pressure off of people's updates, and made users feel more comfortable about posting whatever they wanted. 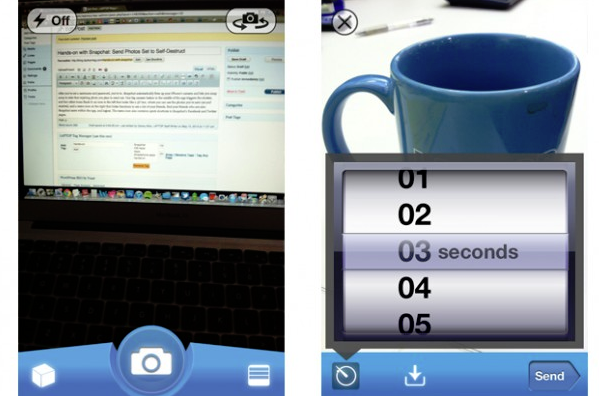 That capacity became even more important amid the rising amount of scandals and controversies triggered by people's social updates.

As we now know, posting your every thought to social is probably not be the best option - various people who've gone on to become public figures have since had to answer for controversial past opinions shared via their profiles before they became famous. That particular issue, of course, only relates to a small group of people, but the fact is that many employers are now going to at least have a look at your social profiles before making a decision, and what you post, no matter how mundane it may seem, can be relevant.

Disappearing content lessens that impact, and with the option to either let it go or showcase it on your profile, Facebook is essentially offering the best of both worlds, which has already proven popular on Instagram.

Given the rise in such tools, and the broader shift of social interactions towards messaging, it's clear that users do want more private sharing options. Through Facebook and Instagram Stories, this gives them both.

The archive and highlights tools also provide new opportunities, and incentive, to brands. While it may not be inviting for a business to invest a heap of time and effort into content that's gone within 24 hours, having the capacity to re-use it, and put it forward as another connective opportunity, broadens the Stories use case. And with Facebook seeing Stories as the future of social sharing, providing more options for their use - and more available examples of how to use them - can only be of benefit.

The larger question now is whether Facebook can effectively monetize Stories to potentially match the loss of ad revenue from News Feed ads - if, indeed, the vast majority of users do revert to Stories sharing instead. Facebook still has a way to go on that front, but it's clear that the option remains a focus. Even Facebook Stories, with a comparatively small amount of usage (when matched against Instagram Stories) is getting more and more attention.

Worth watching the future developments on this front.