The amount of video being watched via social platforms is increasing, but another popular trend among digital viewers is real-time discussion, and participation around video content.

This is most evident on Twitter – previous research has shown that up to 50% of Twitter users will look up hashtags from a TV show to see what people are saying, while live tweeting accounts for up to 57% of weekly Twitter TV impressions. The ability to share end engage with an active viewing audience is a big draw, and along with rising group video trends – like multi-participant live-streaming – it could be a growth area for other platforms.

Which is why Facebook’s looking to add in their own variation. 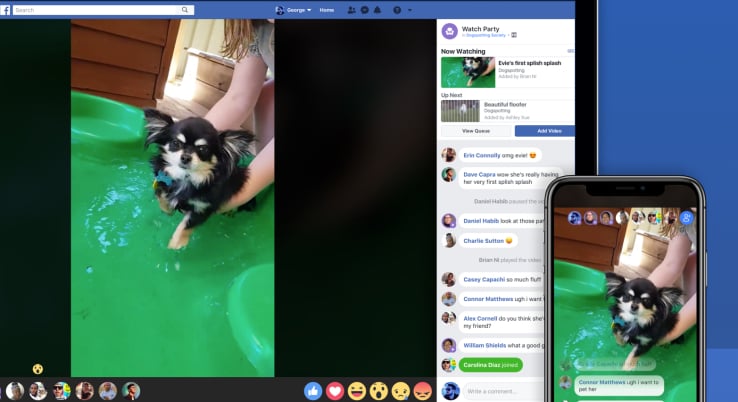 This is a screenshot of Facebook’s new ‘Watch Party’ option, which enables Group admins to share public video clips with their members, and for those viewers to then comment and discuss the content in real-time (as you can see to the right of screen).

The discussion style is similar to the Facebook Live video, but for any video content you choose, and the interaction is enclosed within your group, not playing out in the public comments.

As noted, the idea taps into the popularity of communal video viewing – Google launched a similar tool last year called ‘Uptime’ which enables users to watch and react to YouTube videos with their friends.

Watch Party also ties into Facebook’s new push to generate more person-to-person discussion and participation, as opposed to passive viewing of content in the feed.

According to TechCrunch, Watch Party will first roll out to a “handful of Groups”, with further expansion after that. There are no plans to extend the option any further at this stage, though there does seem to be significant potential in various group settings.