Could this be where Facebook was headed with their big push on groups all along?

The Social Network has this week announced a new option which will enable group admins to create subscription-based sub-groups for paying members, with the ability to charge between $4.99 and $29.99 per month for access. 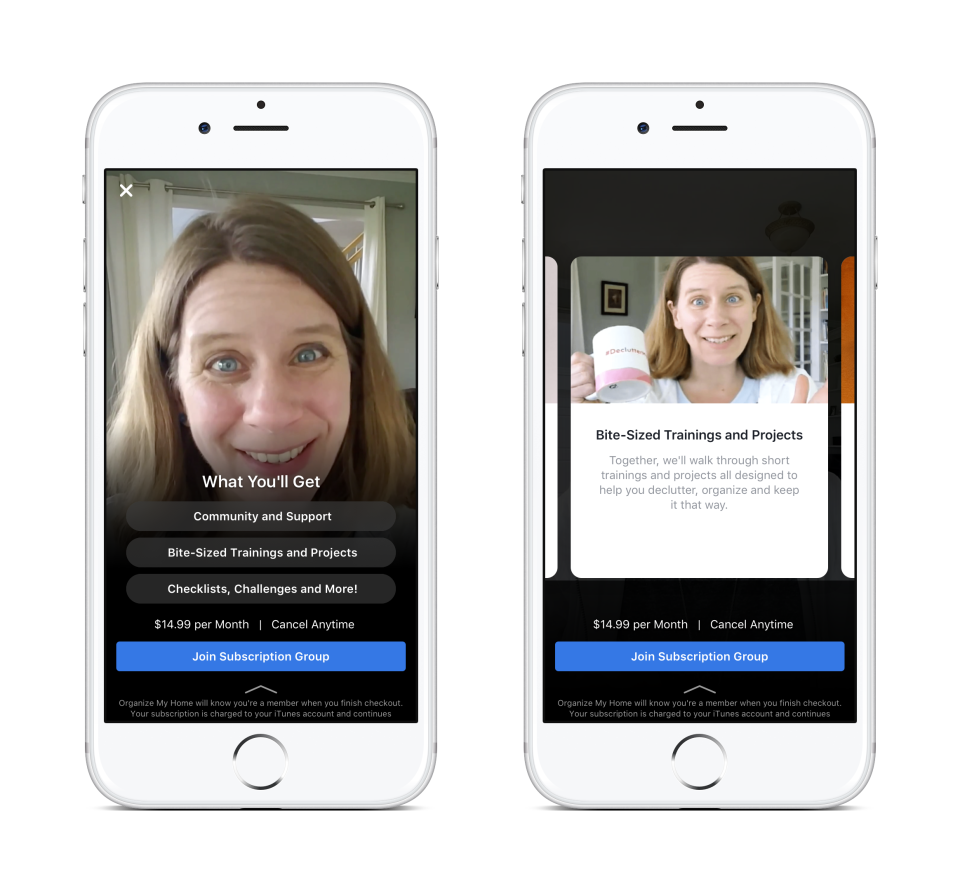 “We hear from group admins that they’re looking for ways to help them earn money to deepen engagement with their members and continue to support their communities. Many admins do this today by creating an additional subscribers-only group that sits alongside their existing group, and rely on additional tools to track and collect payments. Subscription groups were created to make it easier for admins to provide these experiences with built-in tools, and to save them time so they can focus on offering members-only content.”

So Facebook’s essentially saying that people are doing this anyway, they may as well give them a better, more organized way to do it.

But then again, Facebook could also make money off this. TechCrunch reports that Facebook won’t be taking a cut of any subscription payments at first, though the feature will bill through iOS and Android, and those operating systems will get their 30% cut of a user’s first year of subscription, and 15% after that.

So there will be a revenue share system, of sorts, already in place. That could make it easier for Facebook to also take a share, at some point, if it chooses. Worth noting that more than a billion Facebook users are active in groups every month, and growing – a big pool for Facebook to tap into, if they choose.

Right now, the new group subscription option is being tested “with a small number of groups across a range of interests who will share input and feedback along the way”. But eventually, you’d expect Facebook to expand the option to all, giving everyone a chance to monetize their exclusive group content.

For brands, that could offer a new avenue to social media monetization – while the focus here is more on individual groups, and giving group admins more motivation to spend more time online, there could be ways for businesses to offer exclusive content to those willing to subscribe to their Page-linked groups, which may be of benefit to a range of organizations.

It could also see more focused groups being developed, with very dedicated fan-bases (anyone willing to pay $29.99 for Facebook group access is certainly taking it seriously), and that could present new opportunities for brands to maximize the reach of their messaging by seeking out related groups with paying members and offering exclusives to admins.

There’s a range of ways the option could be used, and no doubt many will try different approaches as it’s rolled out.