In recent weeks, there have been reports of several new changes and updates being rolled out or tested for the option, with Facebook looking to put more focus on Groups, a move they flagged last year.

Back in January 2016, Groups passed the one billion users milestone, beating out both WhatsApp and Messenger to that status - but you likely never heard about that growth. Groups is not solely a separate product like those other two, so it gets less focus, a problem that Facebook has acknowledged, making a commitment to put more effort into improving on what they've labeled an "under-appreciated product".

And now, we're starting to see the results of that renewed focus - and while the latest Groups changes may seem small, they could have significant implications, and business benefits.

As noted, several new Groups options have been noticed, in live or in test mode, in recent months.

One update relates to application questions, a new option which enables Group admins to set up a step in the member application process which requires the applicant to demonstrate their knowledge for the relevant group. 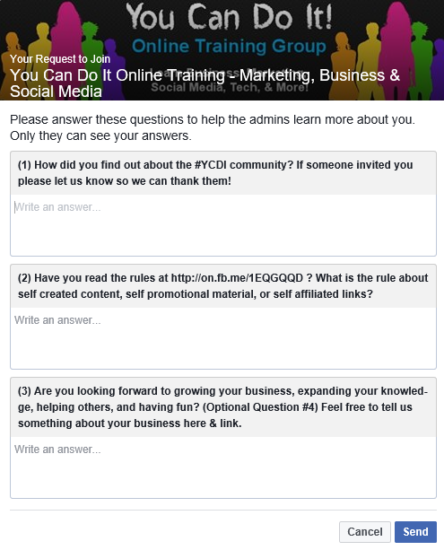 That change has significant benefits - anyone who's ever run a Group (especially a big one) knows how much of your time it can take up moderating and approving the right contributors, as you need to analyze each individual application in some detail to ensure you're getting it right and not polluting the group with potential spammers.

Forcing applicants to demonstrate their knowledge ahead of time will reduce a lot of work for Group admins, while also helping ensure the Group content remains focused and on track, which benefits engagement.

Another change noticed recently was the addition of discussion topics in Groups - new markers which help users quickly find the most active discussions and the topics they're most interested in, rather than having to scroll through everything. 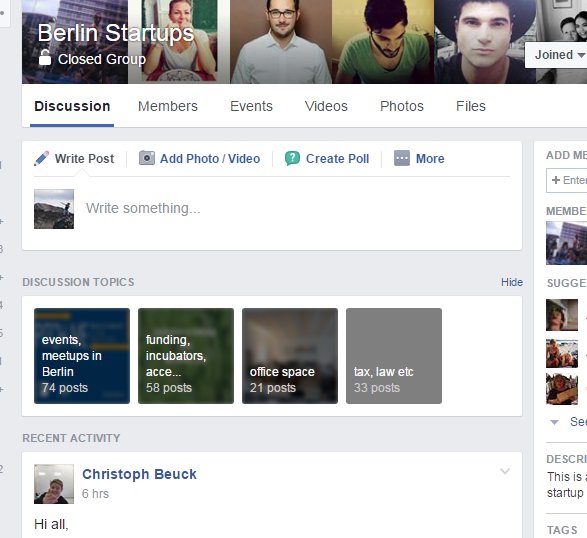 This, again, will no doubt help boost engagement, enabling people to see what discussions are trending, and weigh in with their own opinions.

And another new addition, spotted just recently, is a prompt asking members to put in a note about themselves and why they've joined the Group. 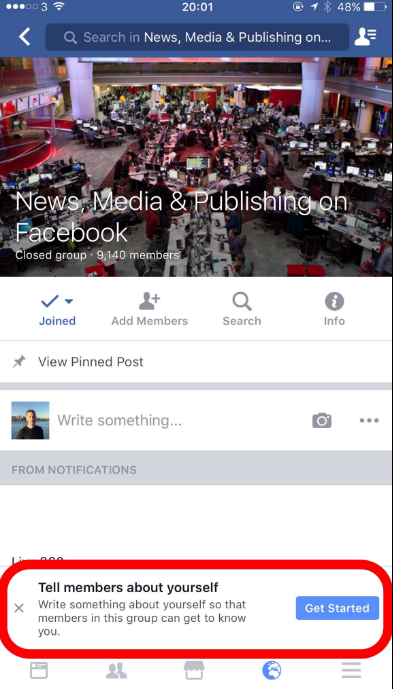 These prompts are being shown to new and old Group members, and may serve as another trigger to boost engagement (by highlighting related interests) while also helping admins get a better understanding of why people have joined their group and what they want to know about.

Each of these tools has significant benefits and will no doubt boost the groups experience - but an important consideration for each is the potential benefits for brands, and how building your own Facebook Group can boost your on-platform efforts.

As Groups has expanded, Facebook has made note of the business potential for the offering.

Much of their focus in this regard has been on Workplace, their internal networking tool which incorporates Facebook's core functions (including Groups) and isolates them to your office network. But Groups has more business benefits than just for internal collaboration - it can be a powerful tool for external communication and community building too.

Given the numbers, that opportunity can't be ignored - along with the billion plus people who are members of Facebook groups, the platform itself has more than 1.79 billion users, meaning that a large proportion of the people you want to reach with your brand messaging are either active in Groups or on Facebook already.

This is why Facebook putting more focus on groups is of benefit, it provides more tools to facilitate wider connection.

As these new tools and features roll out, it's worth considering how your business might be able to use Groups and incorporate them into your wider marketing strategy. A fan group is the most obvious, but you could also use Groups for troubleshooting, for crowd-sourced questions and answers, for testing and community feedback.

The potential is huge, and as Facebook makes Groups more functional, and offers more tools to reduce manual management, it's important that brands recognize and consider their value.

Creating your own Facebook Group is easy - from the top right menu on Facebook, select 'Create Group' to begin. 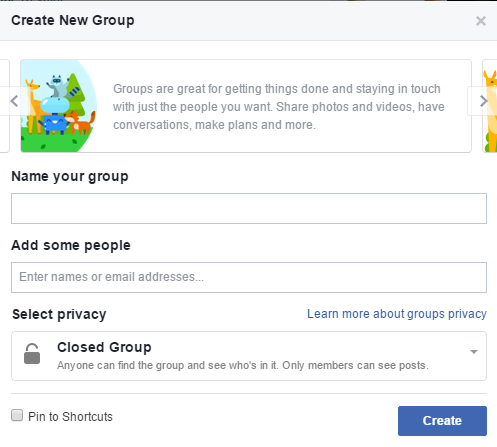 You can't create a Group as a Page, so you'll need to set it up as a Group admin then align it to your business. Once you've begun, the set-up process will take you through all the steps, including background image upload, whether you want the Group open or private and member invites.

It's not for everyone, not all businesses will have the time to add another element into their social media marketing process and putting more reliance on Facebook obviously leaves you more dependent on the platform. But as you can see from the numbers, there's a lot of people who are very familiar with the Groups process, which could be used to your benefit.

And as Facebook continues to upgrade Groups, the potential expands.

Worth consideration, one way or another.