Hot Social Media Campaigns That Are Perfect For Gen Z

“Wait, there’s yet another audience I have to target?”

That’ll be your reaction when I talk about how you really need to start thinking about Generation Z, the demographic born between the mid 90’s to mid 2000’s, which is fast becoming one of the most active of all consumer groups.

Generation Z is more inclusive than any other generation, because they're coming of age in a more diverse society. They also care about making a difference, and are more influenced by social media, because they've grown up with it as the norm.

So how are brands using social media campaigns to engage this tricky, but valuable, audience?

Let’s take a look at three examples that can help shape your own efforts.

Pillsbury’s Pizza Pops are pre-cooked, frozen pies that are a cross between a pizza and a calzone. They're geared towards kids and teens because they taste like mini-pizzas and are easy to heat.

But Pillsbury hasn’t taken for granted that Generation Z will simply flock to buy this product, so it created a social media campaign built around the idea of encouraging kids to embrace their unique characteristics which others see as weird.

Its ‘weird good’ videos on YouTube all feature kids and teens that are doing things the general populous may find odd.

The campaign is amusing - but at its core, it really speaks to the struggle some kids and teens have with being different.

And the fact that Pizza Pops are not really a pizza or a calzone drives home the message of embracing what’s different, a huge issue within Generation Z.

The takeaway is that you have to find a way to connect emotionally with your target audience, without being heavy-handed.

Pizza Pops is a different kind of snack, and it's leveraged that uniqueness to tap into the identity issues many tweens and teens struggle with.

After struggling to draw young viewers to a channel which some view as outdated and behind the times when it comes to pop culture, MTV responded by targeting Generation Z in a series of social media campaigns on Twitter, YouTube, and Facebook which showcased a new generation of programming, aimed directly at young viewers.

This included campaigns for a new kind of dating show called 'Undressed', and 'Siesta Key', a reality show which, unlike MTV’s staple of glossy, empty-headed series, deals with issues of racism, divorce, and real family problems. 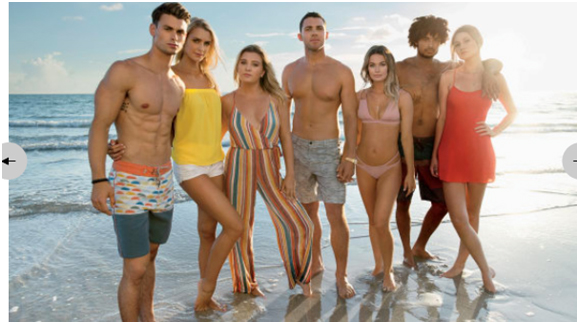 MTV’s shift wasn’t merely pandering to a new audience, it was born out of an understanding that the audience that would most want to watch MTV is different than Generation Y.

This new audience isn’t hung up on gender identity or race, they embrace diversity in sexual preference and in ethnic origin. In order to win them over, MTV’s shows have to cater to those tastes.

MTV’s ratings have risen over the past year, boosted by this rebranding that started on social media.

The takeaway is that brands must identify the differences in how Generation Z behaves, and then adjust their marketing to appeal to those shifts.

Axe is a popular body spray that has embraced the Generation Z idea of rejecting traditional gender roles.

More so than any other group, Generation Z believes that masculinity and femininity are fluid, and they're less hung up on defining boys and girls as having specific characteristics. Axe took advantage of these beliefs by challenging boys and young men to record themselves praising or complimenting their friends and then posting the video on social media.

The campaign was an effort to defy the stereotype that boys don’t ever show emotion, which can make praising other boys difficult - by asking its audience of boys and young men to praise each other and post it on social media, Axe found a powerful way to engage its audience by issuing a challenge that forced them to do something positive and then share it with the world.

Axe further upped the ante by using sports influencers Kyle Lowry of the Toronto Raptors and Marcus Stroman of the Toronto Blue Jays to post videos praising each other as an inspiration.

Find ways to challenge Generation Z about the ideals that it cherishes, including diversity, inclusion, and the fluidity of gender roles. If you can frame that challenge in a way that forces your audience to do something positive or generous AND share it on social media, you will reap the benefits.

Find What Your Audience Cares About

Generation Z loves social media, so the medium is tailor-made for marketers to reach this coveted audience. But platforms mean nothing if your message isn’t targeted.

Once you understand what Generation Z cares about, you’ll be able to target your message in a way that feels organic, rather than manufactured.

Generation Z wants to engage with brands, but on their own very specific terms. When you acknowledge and celebrate those terms, good things are likely to happen.