Instagram Stories is Now Being Used by 500 Million People Daily

While the impact of Stories is variable across the different social media platforms, it's hard to deny the rising influence of the form more generally, and the way in which its changing user behaviors, much as Facebook has long predicted.

Underlining this, Facebook, in the accompanying earnings call following its Q4 report announcement, has reported that Instagram Stories, its most successful Stories option to date, is now being used by half a billion people every single day.

That means that Facebook now sees around 1.25b people using the Stories options across its family of apps daily - which is a billion more users than Snapchat, the originator of the Stories format, has in total. 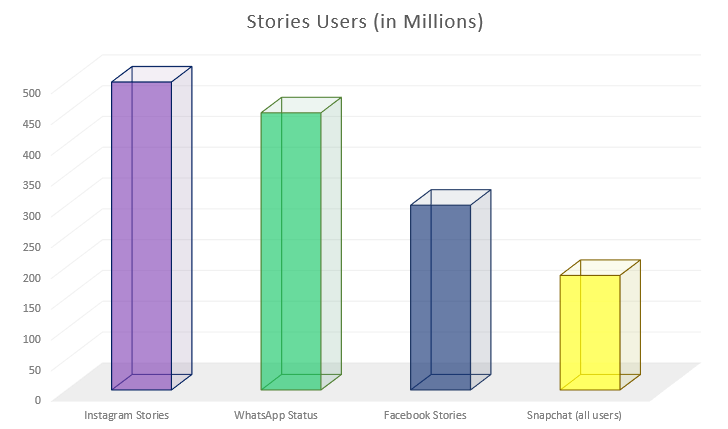 As noted, the updated Stories usage count reflects the rising influence of the option - if you've not considered how your business can use the Stories format in your social media marketing efforts, it’s likely worth giving it some thought. As more people become increasingly attuned to the layout and style of Stories, their expectations for content is changing, - and with Facebook maintaining a steady flow of Stories updates, it is becoming the primary sharing and engagement option for many.

Facebook now clearly owns Stories - which is not overly great news for Snap, but it's not the only trick up Snapchat's sleeve either. I mean, Snapchat has some issues to iron out, and it is under ever-increasing pressure to come up with new tools, but the Stories battle, really, was over long ago. If anything, the broader adoption of the format may help other platforms, as users look for the same on each surface (note: even LinkedIn is trying out the Stories format).

In addition to the updated user count, Facebook also noted that it's working on more private sharing options for its Stories tools, while Instagram specifically will soon see new commerce and shopping features.

Facebook has long held that Stories are the future of social sharing, and whether by trend or by design, that does now appear to be coming true. Again, if you haven't considered the potential of Stories within your planning, it may be time to give them a look.