Instagram's testing a couple of new options which will give users more control over who can see their content, both of which could have varying uses and benefits.

The first is a new way to remove followers from public accounts. 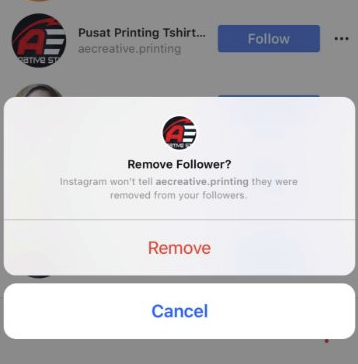 The option makes it a little easier to restrict certain users from seeing your Instagram content. Of course, if your posts are public they could still look you up, but it makes it more of an effort, and as users are not notified when they've been removed in this way, it'll likely result in them effectively being deleted from your audience.

As noted by The Verge, users with private accounts have had the ability to remove followers for some time, so you can already do this. But the limitation is that you have to switch your account to private - which is not an option for brand accounts.

This new function gives you another avenue to consider, which could come in particularly handy for those who are looking to boost their engagement rates, and therefore, platform reach.

Let's say that when you started your brand Instagram account, you got all of your friends to follow you to boost your numbers. Those friends may not actually care about your new business venture or content, but they're following you in support - which is great, especially for that confidence and social proof boost in your initial stages. But now, with the algorithm factoring in overall engagement, they're not really helping to increase your performance.

If you're posting to 100 people, and only two of them are engaging, that doesn't look like you're producing content which meets your audience interests. But if you cut that down to 50, your effective engagement rate effectively doubles, which can be a positive sign to the algorithm.

Of course, much of what's factored into Instagram's algorithm is based on individual response, but either way, having inactive audience members is not helping you. This is likely to become increasingly important in the case of influencer marketing, with the focus shifting from raw audience numbers to actual engagement. If you want to increase that element, you need to consider getting rid of those who aren't interacting with your content.

The second function Instagram's testing is the ability to limit access to your Instagram Stories by location.

So why would you want to actively restrict your Stories reach?

The option could be particularly beneficial for brands with a multinational presence - if you were Coca Cola, for example, you could create Stories specific to each nation, and only show them to those audiences.

The same could also apply to local events and celebrations - Father's Day is celebrated on different dates around the world, Ramadan is big in specific regions, but not so much in others, sports events like the Super Bowl are region-relevant.

There's a range of ways in which this could be used. It may seem somewhat minor on the surface, but there's a heap of opportunity to narrow your audience - and ideally, increase response rates as a result.

Both of these new features were spotted by social media ace Matt Navarra, who regularly highlights new features and tools in social apps.

Oh, and one other Instagram tidbit for this week - there's a theory going around that your Instagram Stories viewer list can reveal who's looking at your profile most often (if a person keeps appearing at the top of your viewer list, that means they're checking out our profile regularly). That's not true - as The Verge's Ashley Carman confirmed in an interview with Instagram's Julian Gutman this week. 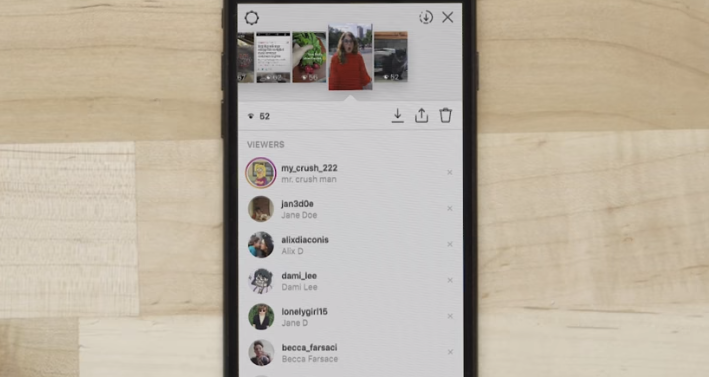 You can check out The Verge's full video interview, which includes some other interesting Insta algorithm notes, here.