Instagram is taking the next steps in its effort to better protect younger users, in line with coming regulatory changes, by asking all users who’ve not previously entered their date of birth to do so in the app. 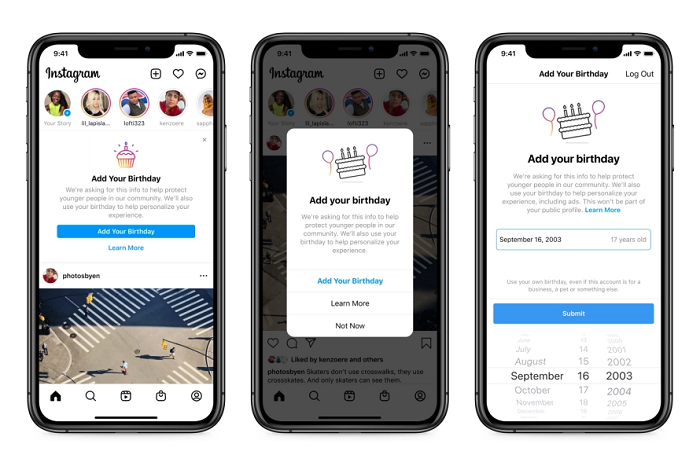 “We’ve been clear that we want to do more to create safer, more private experiences for young people. To do that we need to know how old everybody is on Instagram, so we’ve started asking people to share their birthday with us if they haven’t shared it previously.”

As you can see here, the new prompts will ask users to add their birthday, which, if ignored, will eventually see users blocked from the app until they add in the required information. Instagram says it will show the new prompts ‘a handful of times’ before implementing restrictions on usage.

In addition to this, Instagram will also begin asking for people’s birth date info when displaying warning screens on posts, as another measure to get users to enter their age. 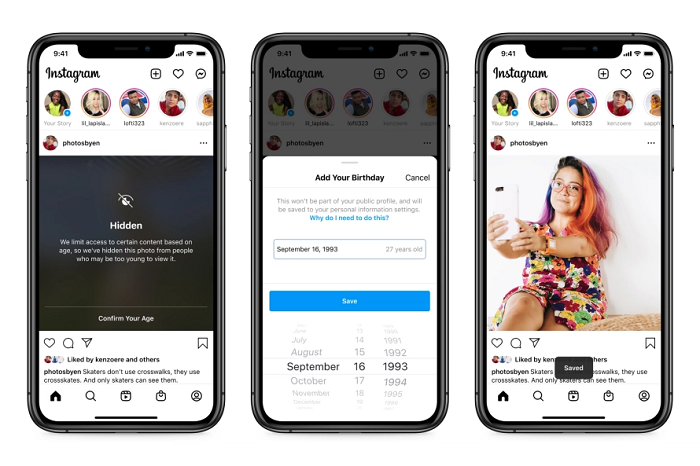 That will essentially force all users to input their age info, which Instagram can then use to better manage and protect younger users from unwanted exposure in the app.

The update is the latest in a series of changes that Instagram’s implementing to better align with evolving regulations around the protection of younger users. Last month, Rep. Kathy Castor introduced a new bill to update the existing Children’s Online Privacy Protection Act (COPPA), which would expand its coverage to include teenagers under the age of 18 (currently covers those under 13), and make the rules apply to all sites that children and teens use, including social media apps. Other regions are pushing ahead with similar reforms, which will put more onus on all platforms to implement tougher access restrictions and protections in line with the law.

Instagram’s been working to get ahead of such changes over the past few months. Back in March, Instagram implemented new restrictions on adults seeking to send messages to users under the age of 18 who don’t follow them, while in July, Instagram also added a new process which defaults teen users into private accounts, and restricts ad targeting capacity for younger audiences.

At the same time, Instagram is also working on its ‘Instagram for Kids’ project, which has been heavily opposed by child protection and safety groups, but which Facebook has repeatedly noted that it’s pushing ahead with anyway.

The idea, from Facebook’s perspective is that by providing a dedicated Instagram app for younger users, that will reduce the impetus for youngsters to look to sign-up to Instagram proper, though whether it ends up working that way in practice remains to be seen.

Then again, Facebook’s Messenger for Kids now has more than 7 million users, so Facebook does have some experience in the impact of such.

Maybe, Instagram for Kids actually is a better approach. We’ll have to wait and see.

Of course, youngsters will still be able to subvert these new prompts by entering a false birthday, so it’s not a fool-proof process, as such - though Instagram is also implementing systems to detect this as well:

“As we shared recently, we’re using artificial intelligence to estimate how old people are based on things like “Happy Birthday” posts. In the future, if someone tells us they’re above a certain age, and our technology tells us otherwise, we’ll show them a menu of options to verify their age. This work is still in the early stages, and we look forward to sharing more soon.”

So, if you say you’re over 18, maybe you’ll have to answer questions about Britney Spears’ back catalog, or the cast of ‘The OC’ in order to prove yourself - or maybe (likely) there’ll be more specific qualification measures that Instagram can implement to ensure it verifies user ages.

But as noted, it’s another step in moving in-line with rising regulatory pressure, and enhancing its protection for younger users. And if a user does actually lie about their age to gain access to the app, that could also legally absolve Instagram of liability in such cases.

The new prompts will begin showing up for Instagram users who have not previously entered their age in the app from this week.