When Microsoft acquired LinkedIn back in 2016, one of the smaller elements lost in the shuffle was LinkedIn's individual company performance reports, which included in-depth stats on user numbers, engagement metrics, and other elements, giving us a clearer understanding of the professional social network's status.

Now, LinkedIn's results are integrated into Microsoft's broader quarterly reports, which means that we get a lot less specific detail - though there are normally still some key points of note to take away from the tech giant's updates.

And within that, Microsoft shared the following insights on LinkedIn: 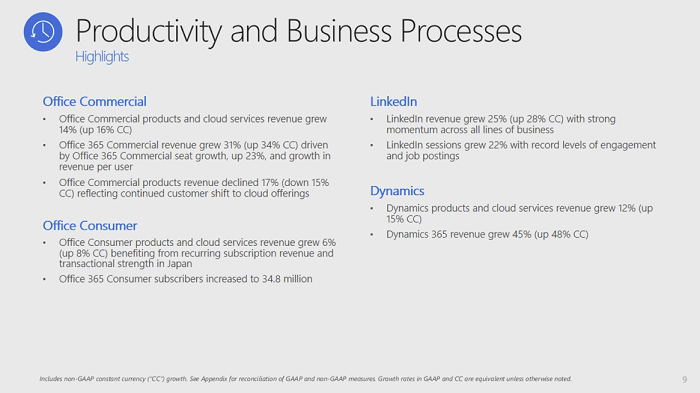 This is the third time in a row that Microsoft has reported LinkedIn seeing 'record levels of engagement', underlining the ongoing growth of the platform. Through improvements to its algorithm, LinkedIn has previously noted that:

"More and more people are using the feed and giving feedback to their network’s posts: our members generate tens of millions of viral actions (likes, comments, and reshares), and the number is increasing more than 50% YoY."

LinkedIn also now has more than 610 million users, and continues to see strong adoption in new regions. Worth pointing out too that LinkedIn is one of the only US social media companies which has broken through in China, with some 41 million Chinese members on the platform. Operating in China does come with some restrictions, but it also gives LinkedIn exposure in another huge market, which could help it maintain growth momentum.

There's not a heap to go on in Microsoft's stats, but it seems fairly clear that LinkedIn is seeing a significant boost in activity. Maybe it's worth experimenting with your LinkedIn posting process to see what results you might get.