LinkedIn users have been posting makeshift carousel posts for some time, using its PDF attachment option to create individual frames. And now, LinkedIn has decided to make it a fully-fledged functionality, with a new ‘Carousel’ post option being added to your update tools. 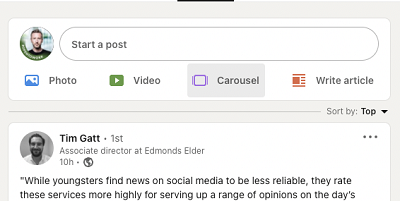 As you can see in this example, posted by social media expert Matt Navarra, some users now have the option to create a carousel post within the LinkedIn update process.

Tap on that and you’ll be taken through the carousel creation process, which enables you to choose multiple still images and/or video clips to add to your post. 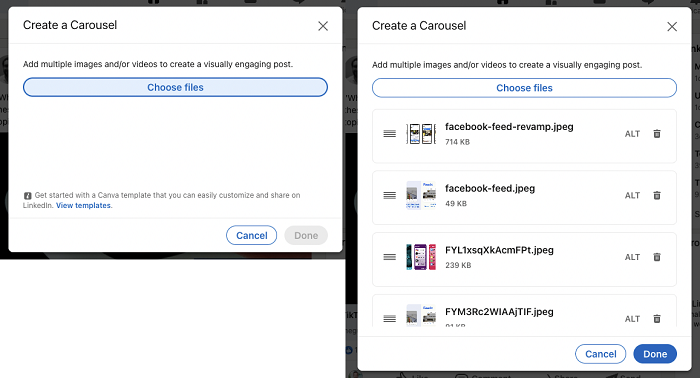 As you can see here, you can also add alt text within the set up process, while you can also re-arrange the order of your uploads however you like, before posting them to the app.

LinkedIn has confirmed that it’s now testing the new functionality, which it hopes will ‘empower creators to share knowledge in a more visual way.

Though, as noted, LinkedIn users have been posting carousels for the last few years anyway.

Back in 2019, LinkedIn added the capacity to attach PDFs to your LinkedIn updates, which then converts your document into a multi-frame preview deck, that users can swipe through in-stream (note: they don't look as great as an embedded post, so you'll need to tap through to LinkedIn for the full experience).

The intention of the update is to showcase documents and presentations in the app, but users soon worked out that you could build LinkedIn carousels by uploading separate images as each page of your PDF. 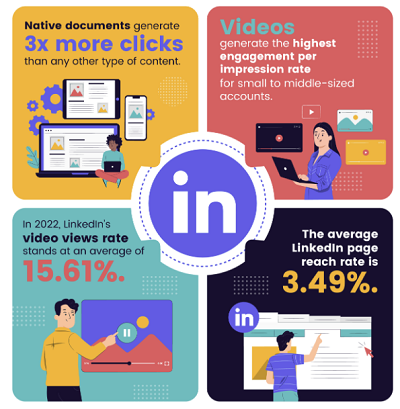 It’s a pretty safe bet to assume that the carousel workaround was largely responsible for this, and given its popularity and usage, it’s little surprise to see LinkedIn convert it into a legit posting option, with its own dedicated functionality.

So, now you don’t need to use the ol’ sneaky, and you can post carousels direct. Which, given the above-noted engagement stats, is probably worth considering in your LinkedIn process.

LinkedIn says that it’s testing Carousels with ‘thousands of creators’ at first, before rolling the option out to all users later this fall.