LinkedIn has been adding a heap of new features of late, including Reactions, live-streaming, even its own, initial iteration of Stories (for higher education users only).

This week, LinkedIn has released a blog post outlining a few of those smaller updates, officially confirming the addition of photo-tagging, while also outlining its new video messaging functionality.

LinkedIn's photo-tagging option has actually been available to most users since April, but the platform has now officially launched the functionality to all users.

"Think you recognize someone in the photo? Or just want to make sure your co-worker knows when you upload a photo with them in it? Now when you post a photo, you can tag people in it. The world seems smaller and your community a little tighter when you let people know who is who."

The process works as you would expect, as you're used to on other platforms - you can read a full rundown on the option in our initial write-up from back in April.

In order to further tap into the rising video trend, LinkedIn has also added a new option to record video clips with its messaging process. 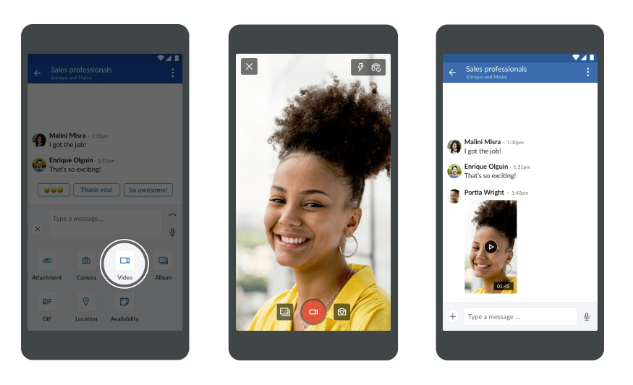 "Millions of members have posted videos and shared them with their connections or in groups: sharing ideas, experiences, or simply a view into their working life. Now you can do the same in messaging, too."

Video is big on LinkedIn - according to LinkedIn's own stats, its users are 20x more likely to share a video on the platform than any other type of post. This option adds to that capacity, and provides another way to make your messaging stand out on the platform.

But a word of warning - if you're one of those people that sends a generic message to new connections who you've never actually met, or tries to fish for cold leads through LinkedIn messaging, don't start sending out generic videos. Just don't.

LinkedIn is also moving the messaging and post buttons within the app to make them easier to access at all times.

"It's now easier to post or message from anywhere in the mobile app. The post button has a new home in the bottom center of your screen, and the message button now lives in the top right corner." 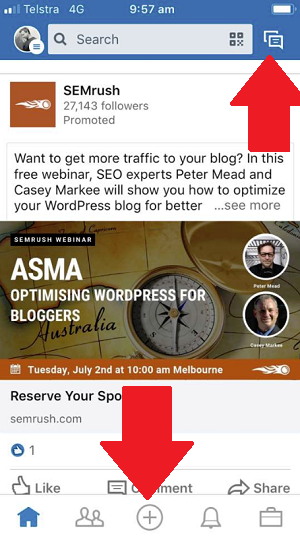 The universal placement will ensure that users can engage faster, which could help boost in-app activity. It also aligns with the layout trends lead by Instagram, Snapchat, and more recently, Twitter.

And lastly, LinkedIn notes that users can now find all the groups they’re part of, and the hashtags they follow, on the right side of their feed on desktop - "or by clicking on your profile picture at the top left on mobile" 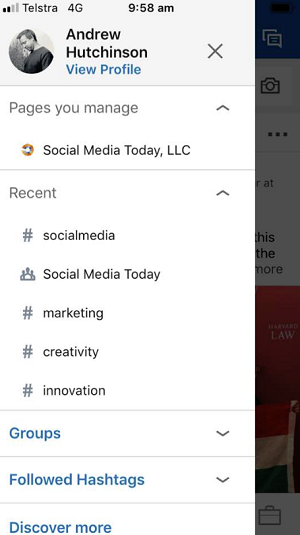 This will enable people to better curate and manage the news updates they see on the platform.

As noted, LinkedIn has added a heap of new tools of late, and it continues to evolve its platform with smaller enhancements and updates aligned with boosting on-platform engagement. And based on data from parent company Microsoft, those efforts are working - according to Microsoft's latest report, LinkedIn is seeing 'record levels' of engagement.