Every year, the tech sector keenly awaits Mary Meeker’s annual Internet Trends Report, a massive slide deck (294 slides this year) which looks at the key industry shifts and developments to be aware of, helping to plan for the next major evolutions.

Meeker, a venture capitalist and partner at Kleiner Perkins Caufield & Byers, has been heavily involved in the tech industry since the early 80's, giving her significant insight, and oversight, into the development of the web and its subsequent offshoots.

As noted, the full report is huge, but here’s an overview of the social media and digital marketing-related elements highlighted in Meeker’s 2018 update.

First off - and always the most interesting graph of the set – Meeker notes that there’s still significant opportunity for mobile advertising, despite the time spent vs ad dollars ratios coming into a little more alignment than in previous years. 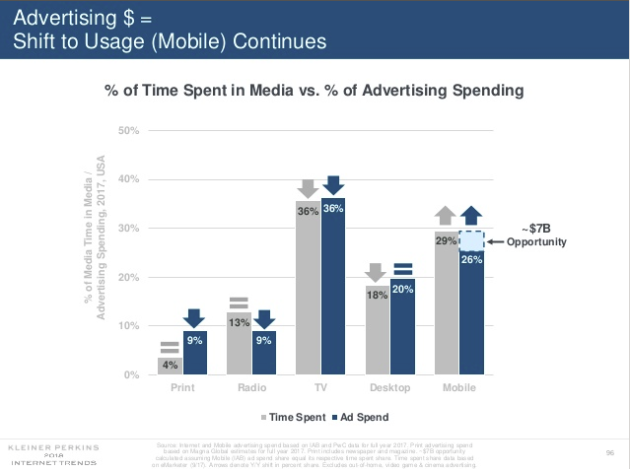 As you can see, print advertising still over-indexes, as does TV (slightly), while mobile time spent continues to outpace cost allocation. There’s still obviously a level of legacy to this – ‘this is the way we’ve always done it’ – but as noted, the charts are coming more into alignment over time. Still, worth noting in your ad focus.

On adoption and usage, Meeker notes that while smartphone shipments are slowing, people are spending even more time online, particularly on mobiles and other connected devices. 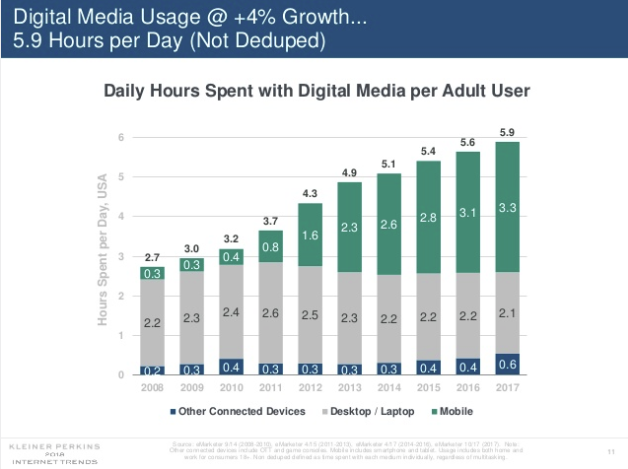 The slowdown in mobile sales likely points to increased durability of smartphones, but also the lack of game-changing developments in later models. While there’s always hype around the latest smartphone, the absolute need to have the most up to date device has slowed, as you can do most things on slightly later models - and without the larger price tag.

Meeker also notes that the use of digital options which simplify everyday processes continues to expand, highlighting the growth of payment app Square and music player Spotify, while digital payments, specifically, are also growing, showing that convenience is beating out past security concerns over time. 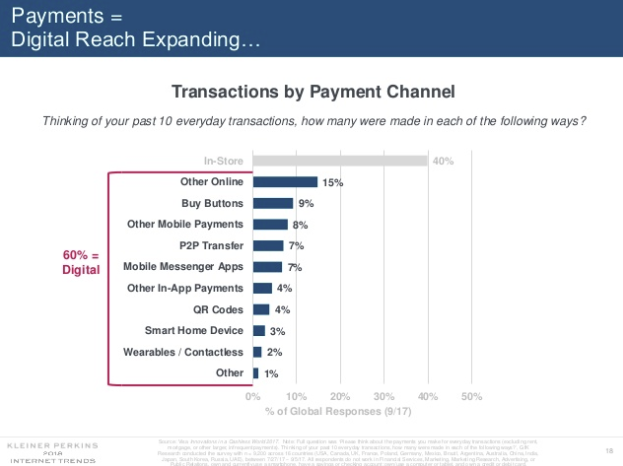 That points to the next generation of online shopping and payment options, and while issues like the recent Facebook data privacy scandal raise concerns about data security and misuse, the numbers continue to show that the benefits of such tools generally outweigh potential issues. Or at least, user concerns about them.

Meeker also highlights the growth of messaging apps, which has been noted by various reports. 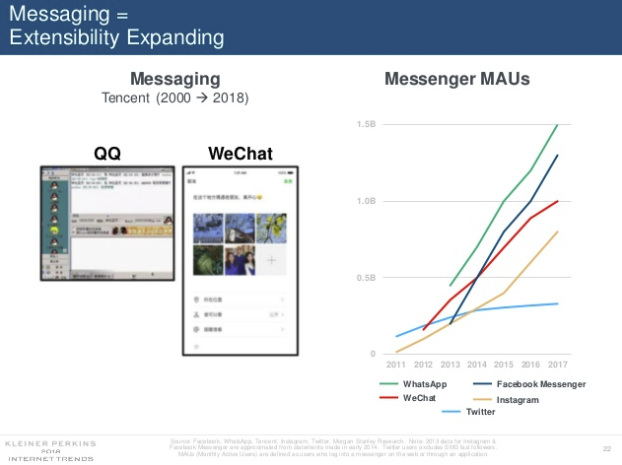 Again, given the Cambridge Analytica scandal, that’s only likely to increase – users have become increasingly aware of the information they’re posting for public consumption, with the first wave of social media (being able to broadcast your life at all times) highlighting that those personal insights can, and will, be used against you.

And while Facebook can still use insights from your private messages for data collection, it’s more difficult for them to use such without being intrusive, while it also keeps your discussions confined to smaller groups, and not on your permanent public record. 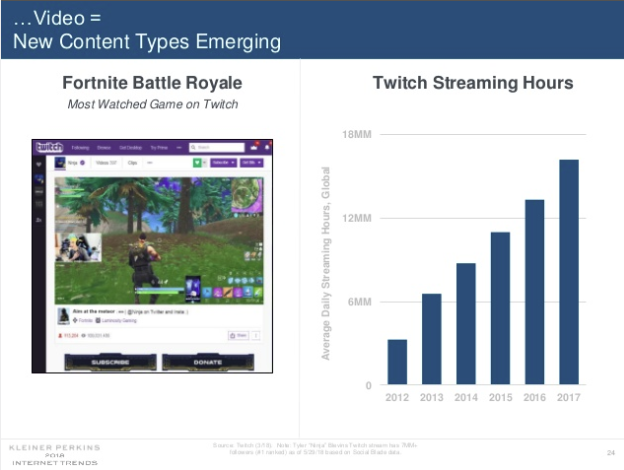 Adoption of smart home assistants is also rising fast – though it’ll be interesting to see if, or how, that’s affected by the recent issues with an Amazon device sharing personal conversations with contacts due to audio recognition errors. 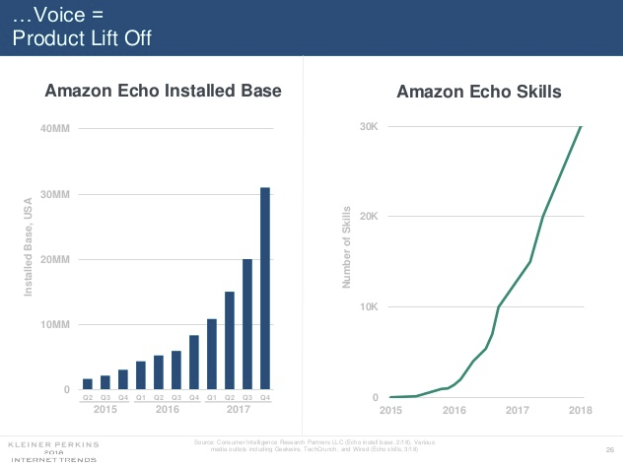 Meeker also highlights the latest developments in product discovery and the path to purchase, noting the rising role of social media platforms in this space. 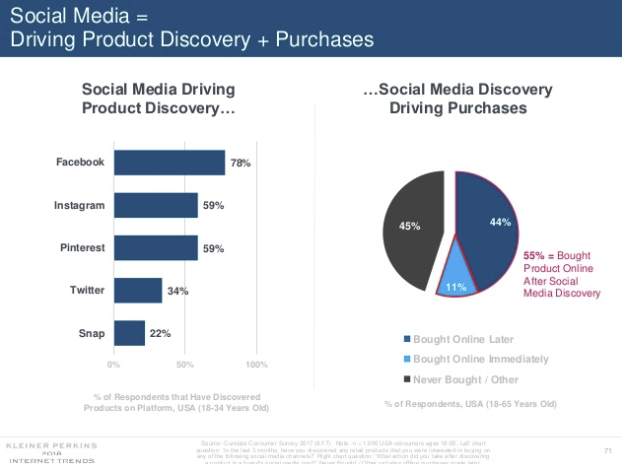 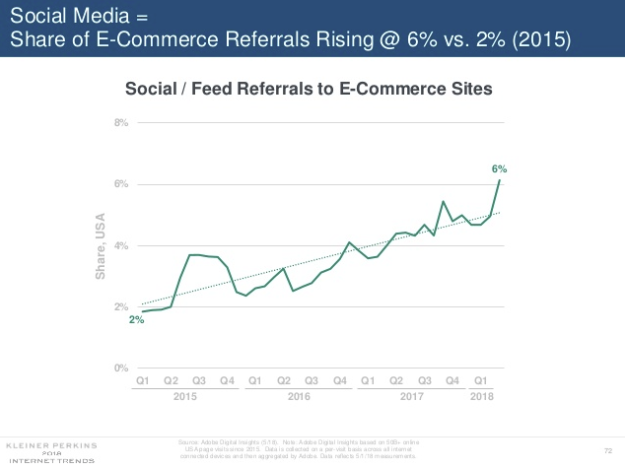 While Google remains the key platform for product search, social networks are playing a larger role – while Meeker also notes the benefits of increased personalization in this chain. 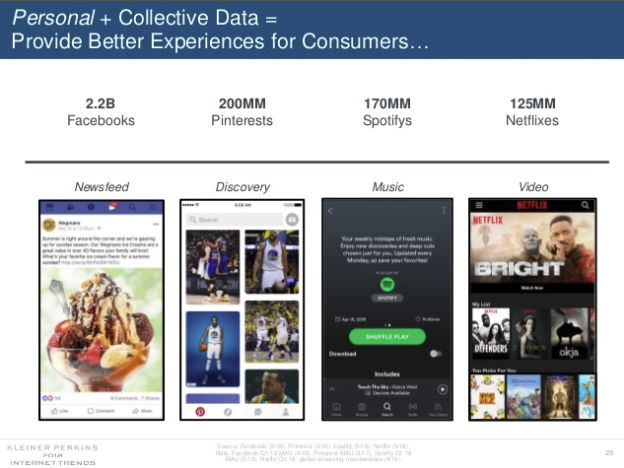 The adoption of mobile-based shopping is also rising quickly. 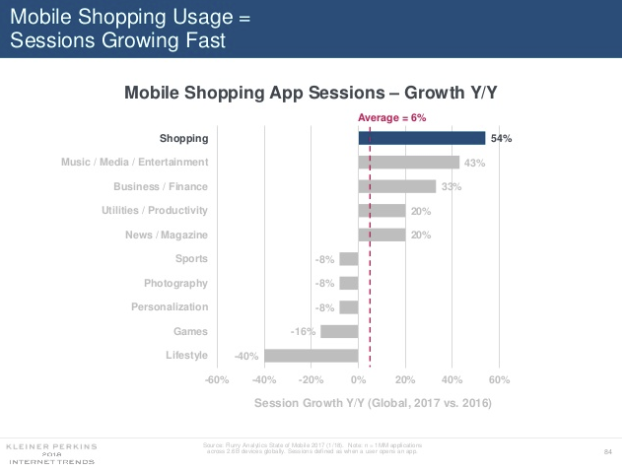 Also, worth noting this slide: 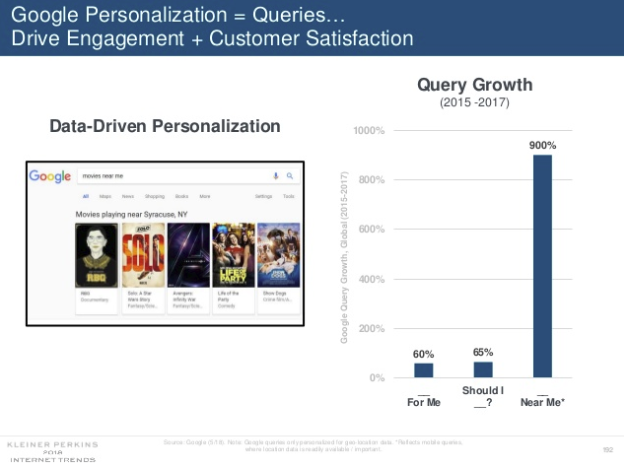 That’s a lot of growth in ‘near me’ searches highlighting both the growth in mobile search usage, and the importance of incorporating this behavior into your SEO practices.

There’s a heap more insights in the full report, including broader economic trends and examinations of the global growth or artificial intelligence, along with the rising debate over data privacy and the various approaches being taken to the problem.

While there’s a lot to take in, it’s always worth a look if you’re keen to get an understanding of where things are headed – and why social platforms release the updates they do.