The move comes as VR take-up continues to rise, and with reports already indicating that some users are being sexually harassed, and even assaulted via their digital avatars, Meta needs to get ahead of these concerns, before they have much more significant impacts.

Meta’s new Parent Dashboard within Quest headsets, which it originally previewed back in March, will enable parents to approve their child’s downloads and purchases, block specific apps that may be inappropriate, view headset screen time, monitor their child’s friend connections, and more. 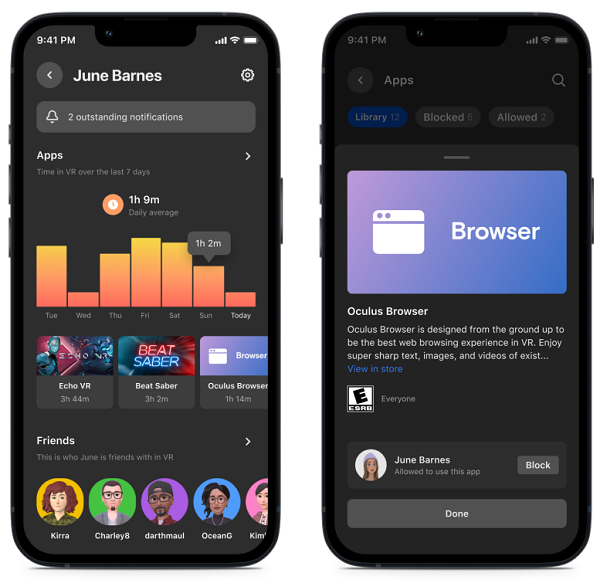 Teen users will need to initiate the parental link to their account, ensuring that they’re aware of the process. 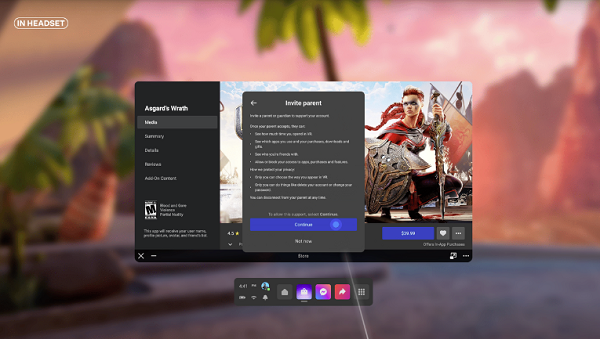 That could give parents additional peace of mind, and with Meta anticipating that, eventually, more and more people are going to be spending more and more of their time within its VR environments, there certainly needs to be a level of protection for younger users (note: users must be aged 13+ to create a Quest account, which likely not all users are abiding by, but that’s the minimum age threshold set by Meta)

In addition to this, Meta’s also launching a new Parent Education Hub for Meta Quest, which will include guides to its VR parental supervision tools and other resources.

As Meta looks ahead to the Metaverse, and a more immersive version of online engagement, there are also significant safety concerns to consider for young users - especially given the harms that we’re already seeing as a result of social media use.
If teens are already suffering from mental impacts as a result of current online engagement, you can only imagine that this will be much worse within wholly enclosed virtual spaces, where it may well feel like there’s no escape.

The hope is that Meta gets ahead of this before it becomes a bigger concern, something that it didn’t do in its initial ‘move fast and break things’ era. Indeed, throughout its history, Meta has shown little care for the impacts that its apps may cause, till well after the fact (and after much external criticism), which doesn’t inspire much confidence in its Metaverse approach.

Will Meta incorporate the lessons that it’s learned from the first stage of social media and online connection at a foundational level of its Metaverse?

Early updates like this are a positive sign, which, along with voice controls and personal boundaries in VR, should help to provide more protection.

But misuse of these more immersive environments will likely happen in ways we haven’t even considered yet. And in that respect, I do hope that Meta doesn’t move too fast - or things could well get even more broken than ever.