After previewing the option back in 2020, today, at its first-ever ‘Conversations’ messaging conference, Meta has announced that it's launching the WhatsApp Cloud API, which will provide free, secure cloud hosting services for businesses. 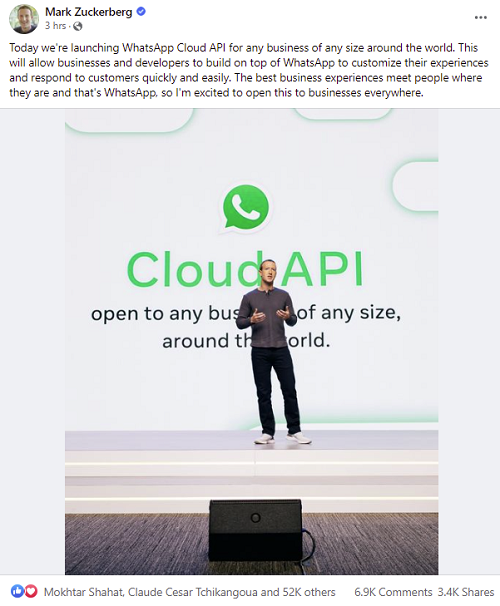 As it sounds, the WhatsApp Cloud API will essentially host your conversation data on Meta’s servers, which will improve connection and speed, but will come with a degree of privacy trade-off.

The main benefits will be improved speed in messaging response, while it’ll also help to eliminate server expenses, which could be a big benefit to smaller businesses, in particular. It’ll also facilitate faster access to new WhatsApp business features as they become available.

The downside is that it will mean more reliance on Meta, while you’ll also need to dilute WhatsApp’s messaging security measures:

As Meta described in its original announcement:

As such, WhatsApp will include new notifications on consumer-to-business exchanges conducted through Meta hosting. 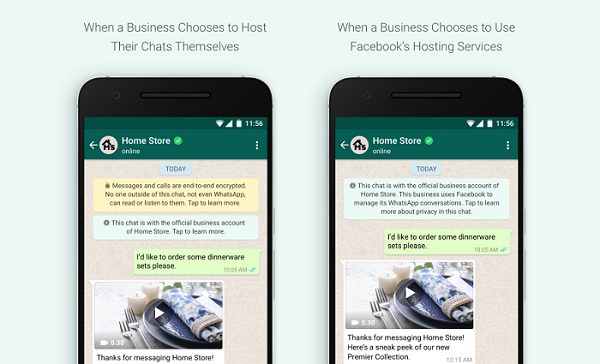 How you feel about such trade-offs will come down to your personal perspective, but the offering could be highly valuable for smaller businesses looking to build out their tech stack, without having to sign on to a third-party hosting vendor, or buy their own hardware.

But again, that does also mean increasing your reliance on Meta, which has notoriously changed the rules on businesses in the past, leaving many in the lurch.

The real benefit, however, will likely be in developing regions, where WhatsApp is the dominant messaging platform, and many small businesses are looking for ways to maximize their reach and transactions in-app. If Meta can assist them in building their business, that could be a big step in making WhatsApp a more critical utility, for many more users, while also, eventually, providing a direct revenue pathway for the messaging platform.

Though it does feel like a bit of a honey trap. Meta has already flagged that it will eventually introduce charges for these additional elements, without specifically outlining what those costs will be. Once businesses are reliant on such, it’ll be too late to back out, and Meta could ensnare them via incremental increases, that may eventually become a big earner for the company.

On another front, Meta also announced Recurring Notifications on Messenger, which will enable businesses to re-engage people within a messaging thread. The feature is only available to premium users at present, which doesn’t cost more to be part of right now, but will in future as Meta looks to incorporate new charges for its messaging and hosting tools.

You can check out replays of the Conversations conference presentations here.