New Report Shows Facebook Usage is in Decline, Which May be Behind the Latest News Feed Shifts

Facebook has caused all sorts of headaches for social media marketers in the first months of 2018 by announcing that they’re looking to shift the focus of their News Feed onto ‘meaningful interactions’, which, as a result, will see reductions in Page organic reach.

What does ‘meaningful interactions’ mean? We don’t know, because Facebook doesn’t know – and while the key focus of most marketers will be on trying to ‘crack the code’ and maintain Facebook performance, it’s important to also look at why Facebook is doing this.

And we may have found the answer in a new report.

According to an early preview of the upcoming Edison Research ‘Infinite Dial’ report, Facebook usage is declining among American users. 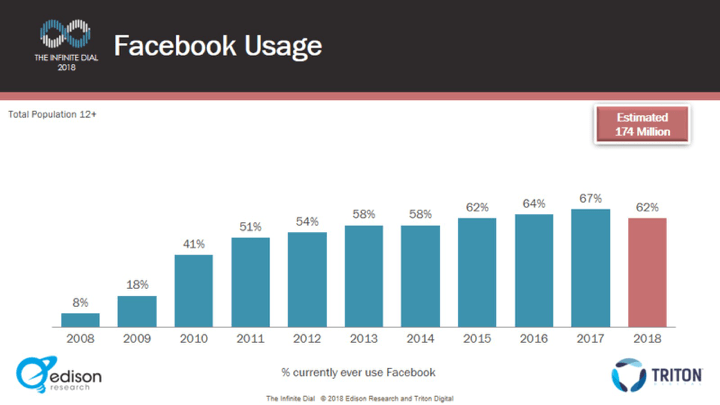 “The Infinite Dial research series from Edison Research and Triton Digital has been tracking Facebook usage since 2008, and that usage has steadily increased for ten straight years. But this year, for the first time in our tracking, the portion of Americans reporting that they currently ever use the service has declined from 67% to 62% among Americans 12+.”

Edison says that Facebook usage is either down or flat in every demographic age group, gender, and ethnicity.  To clarify, Facebook is by far the most-used social media service, and is at no risk of losing that crown. But usage of other social tools is increasing, while Facebook is in decline. And that’s a key trend to note.

Of course, this is only one report, but it does align with other, previously reported Facebook usage declines – and it also aligns with Facebook’s ramped up push to boost on-platform engagement. And while much of those usage declines would also be offset by increases in time spent on Instagram and Messenger - both also owned by Facebook - their original platform is where they need the engagement the most, because that’s where they make the most money.

Understanding Facebook’s motivations can also help better guide your own strategic approach – with the knowledge that Facebook usage is likely in decline, and that’s behind Facebook’s News Feed shift, here are three questions social media marketers need to consider.

1. Where is your audience active?

If people are using Facebook less, where are they going? More specifically, maybe your audience is switching to other channels.

As noted, Instagram is clearly on the rise, and Snapchat recently posted an increase in user numbers. It may be the case that you need to broaden your focus and dedicate time to these other platforms, expanding your reach beyond Facebook.

No doubt most social managers have already considered this – and again, you’re not going to match Facebook’s pure numbers. But that also leads to the next question…

For publishers and those looking to drive direct traffic from Facebook, the News Feed shift is a big problem – but for some other industries, it may actually be of benefit.

For example, I was speaking to a representative for a radio station recently who explained that the change will actually benefit them because they engage a lot in Facebook groups. Because they’re looking to raise awareness of their content, not necessarily drive direct traffic, the change will work in their favor, because group discussions (which keep users on platform for longer) will get more reach, aligning with their aim.

Any decline in referral traffic is not good, and the impacts will be felt. But it is worth re-assessing what you’re using Facebook for, and whether the metrics you’re tracking are representative of your business aims on the platform.

And the last, key question social media managers need to consider is what else they can do?

If you haven’t learned by now, this is what Facebook does – they change the rules to (logically) align with their business needs, which won’t always benefit yours. As such, you need to be aware of the ‘rented land’ aspect, that over-reliance on Facebook traffic comes with a significant level of risk.

It’s largely unavoidable, of course. As I wrote recently, what Facebook offers is essentially too good to refuse – you can’t really ignore the benefits of Facebook reach entirely, unless you totally stay off the platform (which could be a strategic error within itself).

But it is more important than ever to consider what other ways you can maintain connection with your audience – be it through other social platforms, or through your own, dedicated outreach, like e-mail lists.

This is especially important for local businesses and publishers who are set to benefit from the Facebook change – while more traffic is good, consistent traffic is better.

What are the options you have for solidifying your connection with your audience, aside from platforms which can change their rules?

There are no easy answers, and the decline in Facebook traffic will be a significant issue for Page managers moving forward. But it is worth considering the how and why of the change (rather than seeking to beat the system), and what you can do avoid similar pain in future. 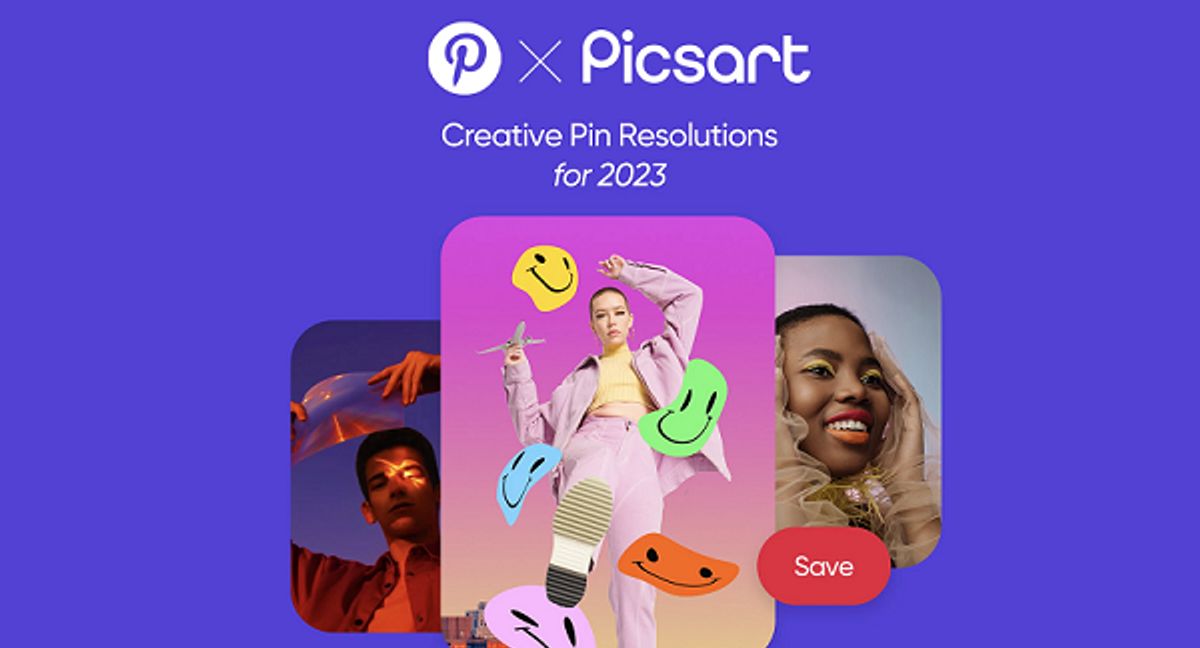 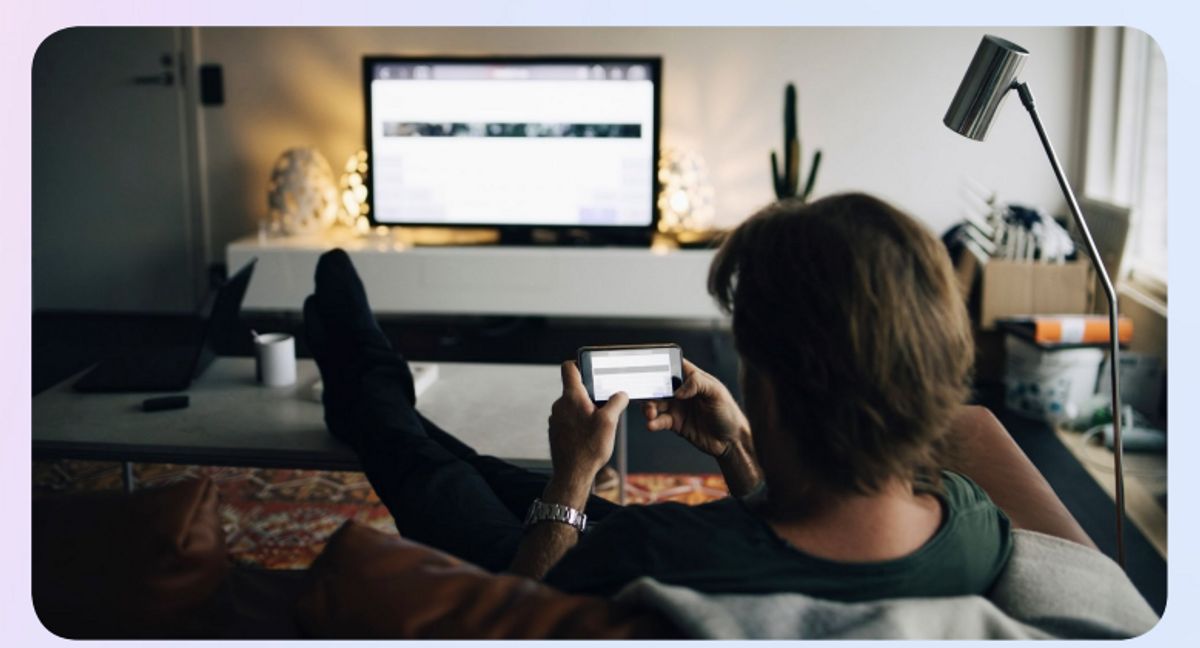 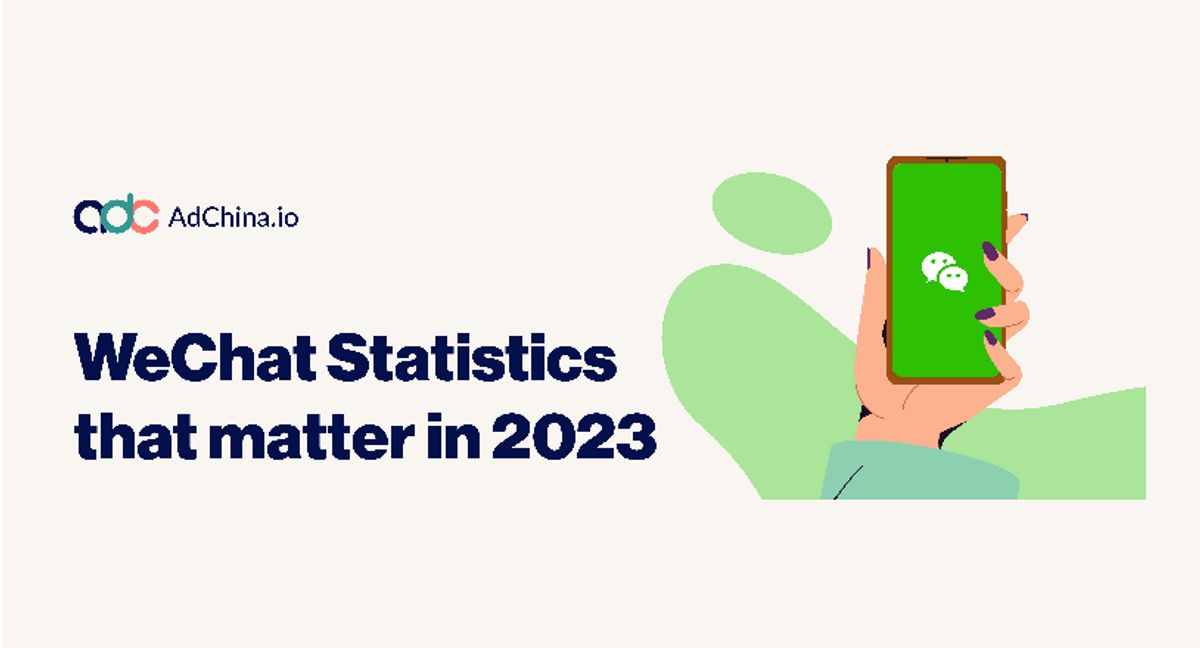