With Pinterest reportedly planning to launch its IPO later this year, the platform's looking to ramp up its eCommerce efforts in order to capitalize on its discovery and connection tools, linking its 250 million users direct to a wide array of online merchants.

In line with this, the company has this week announced the hiring of former Walmart CTO Jeremy King as its new Head of Engineering. 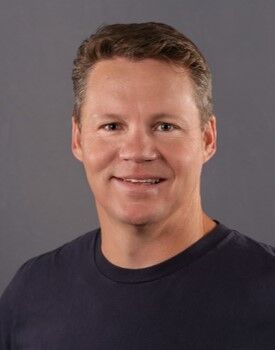 "An expert in eCommerce development and building and scaling consumer products at the world’s largest retail organization, [Jeremy] was previously CTO and SVP at Walmart Labs, EVP at LiveOps and VP of Engineering at eBay. During his tenure at Walmart, Jeremy led the eCommerce tech team, which powers the technology behind U.S. retail stores and eCommerce for Walmart and Jet. Focused on creating seamless shopping experiences, he oversaw customer, merchant and supply chain technologies across cloud and data platforms."

That's quite the resume, especially for Pinterest's purposes. Indeed, King's main role at Walmart was to revamp the company's eCommerce platform, making it faster, more competitive and more customer-friendly, in order to fend off rising competition from Amazon. To do this, the company focused on services like in-store pickup of online orders, easy returns and online grocery shopping.

And those efforts have clearly paid dividends - back in November, eMarketer reported that Walmart had overtaken Apple to become the No. 3 online retailer in the U.S., and was poised to capture 4% of all online retail by year-end.

That experience will be invaluable to Pinterest's plans. As it looks to evolve it's direct shopping options, King will be tasked with overseeing each element of the order chain, which is likely to see even more action as Pinterest expands its ad tools into new markets and rolls out its fully automated 'Shop the Look' product identification and recommendation Pins.

There's a heap going on at Pinterest. As we've noted previously, while Pinterest may have a comparatively small amount of users when measured on a scale against other social networks, Pinterest itself doesn't see itself as a social platform. Instead, Pinterest is a visual discovery network, and its users, while it may not have as many, come to the platform with a very specific shopping mindset, which drives higher purchase intent and activity. In this sense, Pinterest is really in competition with Google and Amazon, something King is obviously very familiar with. And there must be a reason why he's opted to join the platform instead of sticking with Walmart.

The addition will provide a big boost for Pinterest, and you can expect to see even more development at the company as it heads into an expected IPO. It'll be interesting to see how they go about this, especially with this newfound knowledge added to its ranks.