Pinterest Highlights the Power of Positivity, While Criticizing Engagement-Baiting Approaches, in New Guide

Pinterest has published a new guide which focuses on the power of positivity in social media, especially in respect to building your brand online.

And Pinterest has also taken a veiled shot at other social networks, which use engagement as a key incentive:

"If social media has taught us one thing, it’s that unfiltered content drives negativity. Without intentional moderation, platforms built on connecting people have - in the end - only polarized them. Here’s the thing: Anger and divisiveness may encourage people to scroll (and troll!). But they don’t get people to buy. Negative environments make people less likely to remember, less likely to trust and less likely to purchase from brands."

But snark aside, Pinterest may have a valid point - yes, you can generate engagement and interaction by being divisive, and prompting debate and response. But is that really helping to shift your company's bottom line?

Pinterest's guide focuses on how brands can maximize consumer response by taking a positive approach. 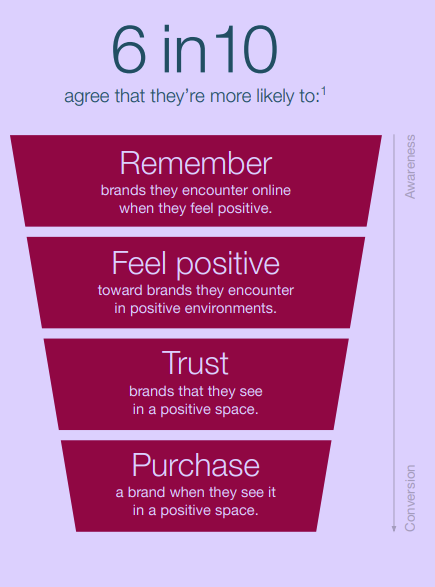 And that's even more important in 2020 - a key point that Pinterest looks to highlight is that, right now, people are looking for positivity more than ever: 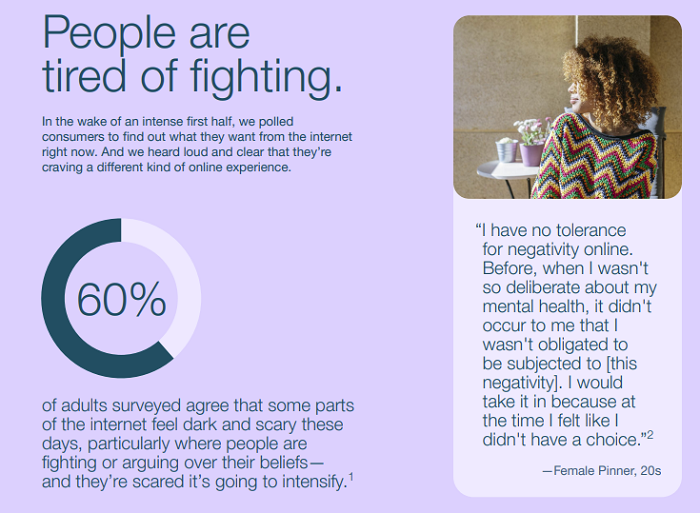 Indeed, according to Pinterest's data, searches related to positivity are spiking as people look for an escape from the negative news cycle. 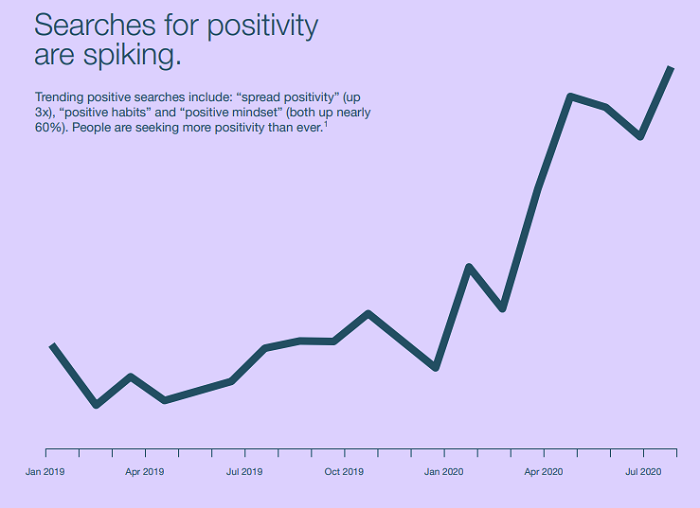 And that not only relates to the content you create, but the platforms you're using - which is where Pinterest is keen to highlight its approach: 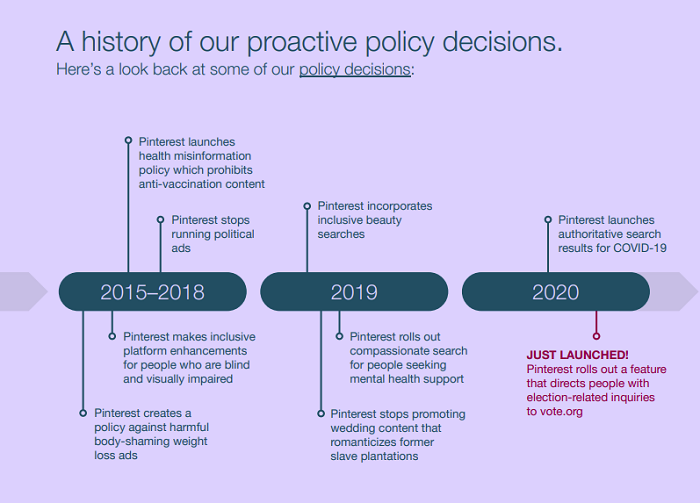 Of course, Pinterest is far from perfect. The platform is also working to improve its internal culture after two former employees spoke out about their poor treatment, and the treatment of people of color in particular, within the organization.

But comparatively, from an external standpoint, Pinterest says that it's a more positive space for users to interact, which includes its stance against political ads - which Pinterest says cause more problems than just enabling the spread of falsehoods. 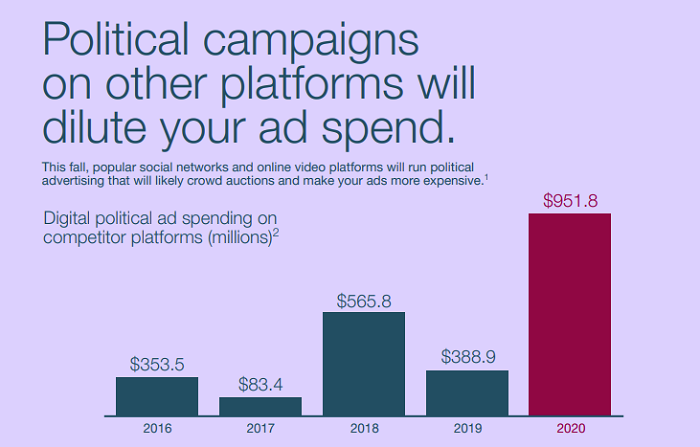 Pinterest is relatively free of divisive political debates, which may facilitate a more positive experience.

Again, that's not to say Pinterest is perfect - another recent investigation found that Pinterest also hosts sexual images of young girls and anti-vax memes, despite its efforts to eliminate such. Like all social platforms, Pinterest has content concerns, but its argument here is that by not making divisive, engagement-baiting content a focus, it provides a better user experience, particularly as it relates to brand building.

There are some interesting stats and notes to consider, and definitely, the data does show that now is the time for a more positive approach to social media engagement. Whether that's isolated to Pinterest, or a more general trend, is hard to say, but it may well be worth assessing your approach ahead of the holidays in order to maximize appeal in 2020.

You can check out Pinterest's full "It pays to be positive" guide here.