Pinterest has launched a new TV and digital advertising campaign which aims to highlight the expanded product discovery opportunities in the app, facilitated by its increasingly smart interest matching, helping users find more Pins of relevance to them.

As you can see, the campaign specifically focuses on how Pinterest can help users connect with relevant ideas for their specific interests, and the data points it uses to connect up those discoveries.

"We all know time is our most precious resource and yet we give it up so freely to things that give us nothing in return. Pinterest is the invitation to reclaim some of that time. To explore with it, experiment with it and put purpose to how we spend it. As we think about how the next generation is manifesting every facet of their lives, this campaign emboldens them to do things that actually bring them joy.”

The campaign was created in conjunction with creative agency Droga5, and will run in the UK and the US, via TV, audio, podcast and digital platforms. 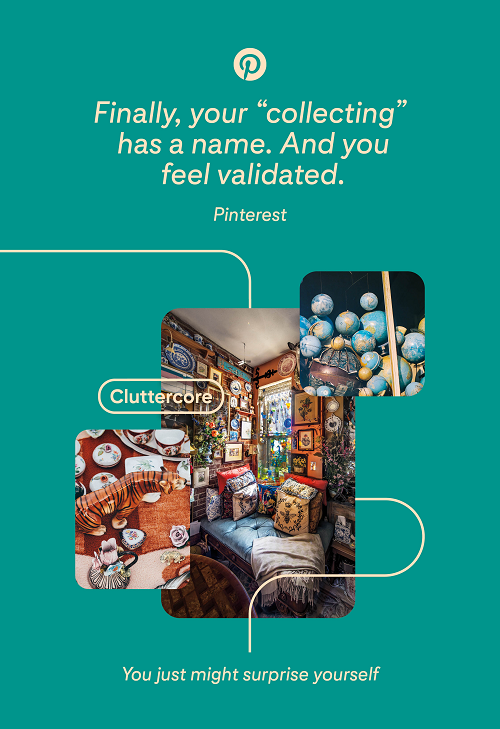 The campaign will also be Pinterest's first promotional push in Japan, where the platform is slowly gaining momentum, and looking to gain a foothold for future expansion.

Pinterest recently reported that its international business "grew very rapidly" in the first quarter of the year, with its international user growth now driving its broader expansion. The platform reportedly has around 6 million users in Japan, and sees significant potential for expansion, particularly given the rising popularity of Twitter in the region. Pinterest opened an office in Singapore, in addition to its Japan base, to expand its Asian operations back in 2019.

It's a good campaign, which should help spark more interest in the platform, and fuel ongoing growth. Pinterest is now up to 478 million active users overall, but it has warned of a likely slowdown in growth momentum as the COVID-19 vaccine roll-out continues, and more regions return to regular activities, including in-person shopping.

But the longer-term prospects do look good for Pinterest, and by highlighting its benefits for product discovery, that could get more users checking it out, and seeing what it shows them in relation to their interests.