While Snapchat has come under increasing pressure from Facebook of late, the fact of the matter is that it remains a key platform for younger users. A recent report from Piper Jaffray showed that Snapchat remains the platform of choice among American teens – by a significant margin – despite the growth of Instagram Stories.

As such, despite more downbeat market expectations, Snapchat remains a key consideration for businesses looking to connect with younger audience groups - which is why Snap’s latest deal with NBCUniversal makes perfect sense.

“Snap, Snapchat’s parent company, is teaming with NBCUniversal to bring scripted programming — like short-form comedies and dramas — to mobile screens. The companies have established a studio joint venture to produce programming exclusively for the social-messaging and media platform.”

Much like Twitter, Facebook and YouTube, Snapchat has been moving further into exclusive video programming in order to align with evolving media consumption trends. A few months back, Snap announced a deal with NBC to create a daily Snapchat program called ‘Stay Tuned’ which covers the latest news in 2-4 minute segments. 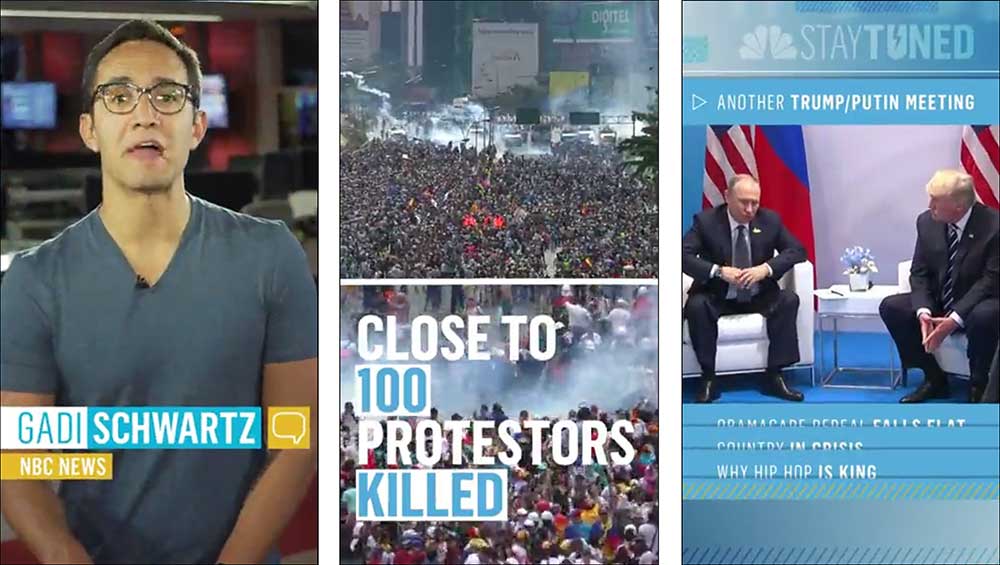 This type of short, sharp, TV-like programming is similar to what Facebook’s airing on their new ‘Watch’ platform – it’s TV, but for the next generation, built for mobile, on-the-go consumption. And for digital advertisers, the shift towards more video content could provide a range of new opportunities, using advanced targeting to promote their own video content, and/or enabling more affordable, more focused, TV-style ads.

This is why it’s important to take note of these advancements in online video offerings – not only do they provide new opportunities and avenues for brands to connect with relevant audiences, but they also potentially increase the value of each platform as a marketing option. If, through this deal, Snapchat were to stumble upon a hit, a must-watch program, that could suddenly increase the platform’s viability as an ad delivery network for your business.

The entertainment value is one thing, but the ad value of such content is where marketers should really be paying attention.

In other Snapchat news, the platform's also launching a new, NBA-themed dancing foam hand Lens which will come in varying team colors, and will only be available in and around the arenas in which each team is playing.

Similar to their ‘Dancing Hotdog’ (which Snap CEO Evan Spiegel described as ‘the world’s first augmented reality superstar’), the animated hand will be able to dance in celebration, while fans will also be able to choose different emotions for it to express.

In itself, it’s relatively minor, but the more interesting consideration is whether this will open the gate to more sponsorship opportunities for such Lenses. This is the first time Snap has used location-specific Lenses for a sports league, and it could lead to new potential for similar tools in other competitions, sports and/or events.

You’d expect Snapchat will look to convert location-based tools like this onto ad opportunities at some stage – particularly after the announcement of their new art installation project – but it’ll be interesting to note how they use Lenses in this regard, and whether they’ll evolve into a more significant ad option for the app.