Snapchat continues to expand its audio options, this time via a new deal with Sony Music Entertainment, which will enable Snapchatters to incorporate even more songs into their Snaps. 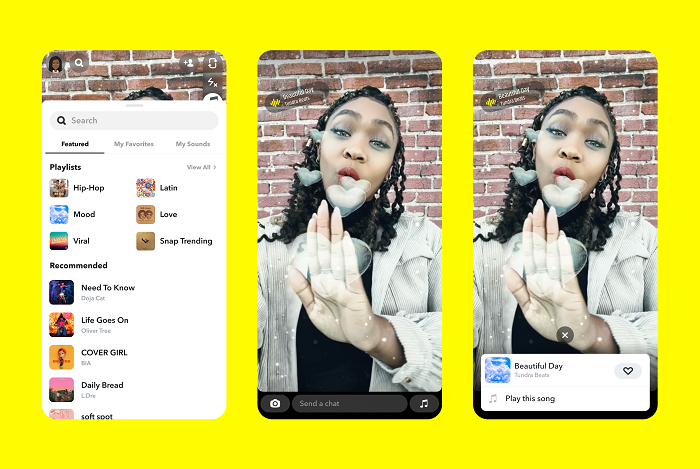 As you can see here, the new deal will enable Snapchat users to incorporate even more popular tracks into their posts, providing more creative potential, and more ways for artists to get more direct promotional benefit in the app.

Snapchat first launched its music clips option last October, which it’s been gradually expanding ever since, most recently through the addition of audio snippets from a range of NBC TV shows and movies, as part of a new deal with NBCUniversal.

“The Lens transforms pictures of anyone to appear as if they are singing a song, while Cameo Sound Lenses will apply visual effects to put you and a friend as the stars of your own animated music video.”

That will add even more creative capacity, and with music forming a key part of the TikTok experience, it makes sense for Snap to align with the same, and look to provide more engaging music-related options to tap into rising usage trends.

Which Snap has traditionally been very good at. While Facebook has struggled to build viral, trend-setting AR tools, despite having more capacity to do so, Snap has consistently been able to gain more attention, and bring more users to its app, by coming up with interesting, engaging Lenses and options, each of which helping to maintain its position as the app of choice for many younger users.

These new Lens types will add to this, while as noted, incorporating more music, in line with broader usage trends, is another key way that Snap can ensure it maintains connection with more users.