It’s hard to tell if this is a good or bad sign.

Snap Inc., facing significant backlash over the redesign of their flagship app Snapchat, which aimed to put increased emphasis on friend-to-friend connection, is now redesigning their redesign - which, initially, CEO Evan Spiegel said they would not do.

According to The Verge, the updated Snapchat redesign will put Snaps and chats back in chronological order, and move Stories from your friends back over to the right-hand side of the app. 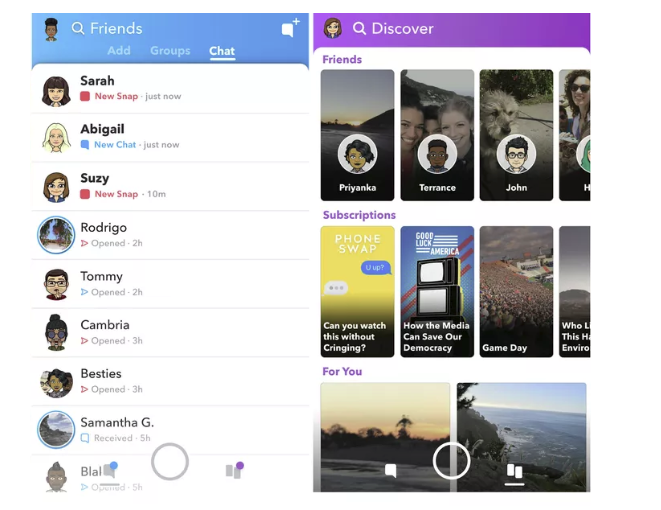 This is in variance to the initially launched new layout, which put all content – Stories, snaps and messages – from connections over to the left side, with publisher and influencer content on the right.

Users were not happy with that design – more than 1.2 million people signed a petition which called on Snap to revert back to the old format, while many celebrities voiced their dislike of the change.

I stopped using snap. The update, the constant complaints of people not being able to find me, plus the Rihanna poll...no bueno

But worse, the app’s core user group also reportedly turned on the app – according to stats from YouGov BrandIndex, which tracks consumer sentiment towards brands, opinion of Snapchat declined 73% among 18 to 34 year-old U.S. consumers following the change. 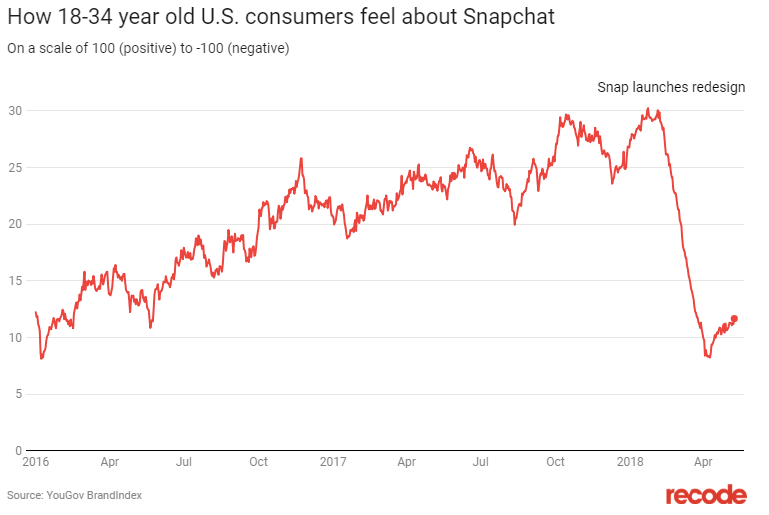 Snapchat clearly had its reasons for the update, but their logic couldn’t override the wave of negative blowback, and the company has been experimenting with ways to dial back the impacts ever since, culminating in this new shift.

Is that a good thing?

I mean, sure, it’s a positive that Snap is listening to its users rather than blindly pushing ahead, and this new layout does address many of the issues with the re-format. But the fact that Snap misjudged their audience so badly has to be a concern for an app that’s built its reputation on being dialed-in and knowing what its audience wants.

There’s also the potential that Snap has already lost some of its users forever. Those who’ve migrated to the rapidly evolving Instagram Stories may now be happier over there, while Facebook, at its recent F8 conference, has also flagged its intentions to put more focus on the Stories format moving forward, which could drag more users away from Snap.

Clearly, Snap had to do something – the numbers in its latest performance report indicated some concerning trends - but it’s hard to tell whether this ‘fix’ will actually fix it, and what level of damage has already been done by the app’s misstep.

And the reversal here shows that this clearly was a misstep, a stumble at a crucial time for the app. As Facebook continues to heap pressure onto the company, and investor expectation remains high, the last thing Snap needed was a slip like this.

Can the company recover? The app, of course, still has 191 million daily active users, and they are working on other initiatives like the next iteration of Spectacles. As we’ve noted previously, maybe that’s where Snap has to go, maybe competing with Facebook in social networking is not a viable, long-term play and they really need Spectacles to succeed.

It’s impossible to say – given the company’s flair for innovation, you’d never count them out. But the news coming out of Snap is certainly raising some concerns among investors.